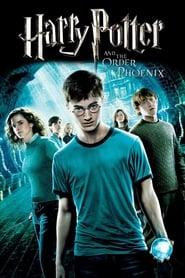 Where is Harry Potter and the Order of the Phoenix filmed?

In the fifth episode of the Harry Potter series, rumours of Voldemort's return are intensifying. But the Ministry of Magic refuses to accept that "He Who Should Not Be Named" may be plotting a comeback.

To make matters worse, the Ministry suspects that Dumbledore could be planning a takeover and installs obstructive official Dolores Umbridge (Imelda Staunton) at Hogwarts to spy on the old professor and limit the teaching of defensive magic.

In rebellion, Harry Potter (Daniel Radcliffe, pictured) forms a secret army which is later ambushed by Death Eaters. Sirius and his Order of the Phoenix smash the attack, but tragedy strikes when Bellatrix Lestrange (Helena Bonham Carter) casts a wicked spell...

JK Rowling upped the ante with her fifth book, penning nearly 900 pages of plot which director David Yates has capably transferred to the big screen. Fans will note a darker tone to this instalment, as well as an emphasis on Harry's emotional journey, which ranges from typical teenage angst to bitterness and grief.

Special attention has also been paid to the effects, with the flying sequences and Ministry sets standing out, while the habitual who's-who of Brit actors extends to include an impressive performance from Potter newcomer Staunton.