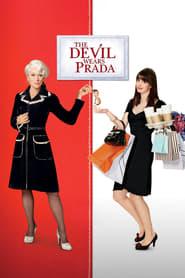 Where is The Devil wears Prada filmed?

This acclaimed chick-flick comedy drama, starring Meryl Streep and Anne Hathaway, is top-notch. Released in 2006, it's directed by David Frankel, who's worked on several episodes of Sex and the City, so understandably there are shades of that show here. Streep's performance is particularly stand-out, and it earnt her yet another Oscar nomination.

Wannabe writer Andy Sachs (Hathaway) is hired as an assistant to Miranda Priestly (Streep), the notorious editor of Runway, a famous fashion magazine. After an less than promising start, Andy learns how to dress like a supermodel, organise a busy international office and anticipate her boss's ever-more outrageous demands.

As she begins to take control and enjoy her job, Andy realises that the rest of her life is falling apart. Is it worth sacrificing her friends and family for the promise of a foot on the ladder of career success? Does she really want to end up like Miranda - perfectly organised, perfectly groomed and perfectly alone?

As well as fine performances from the leads and Stanley Tucci as the magazine's art editor, there's scene-stealing support from Emily Blunt as Miranda's brainwashed first assistant ("I'm one stomach flu away from reaching my goal weight").