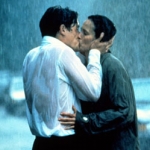 Where is Four Weddings and a Funeral filmed?

One of the most commercially successful British films of all time, Four Weddings and a Funeral is an award-winning comedy of manners. Directed by Mike Newell and starring Hugh Grant, Andie MacDowell, Kristin Scott-Thomas, Simon Callow and Rowan Atkinson, it is the tale of eight friends, five priests, 11 wedding dresses, 16 parents-in-law, 2,000 champagne glasses and two people who belong together but insist on staying apart.

Englishman Charles (Grant), witty and charming but, at 32, unable to commit to any of his series of attractive girlfriends, attends a friend's wedding, where he sees Carrie (MacDowell), an American who is the most beautiful, unusual, sharp-witted and exclusive girl he has ever encountered. Charles tries hard not to pursue her and very hard not to fall in love with her throughout their meetings at one funeral and three weddings.

Despite the fact that one of the weddings was Carrie's own, Charles finally faces up to the idea that this is the woman with whom he wants to spend his life. Unfortunately, this truth only hits him when he is standing at the altar of a grand English church, awaiting the arrival of his own bride.

Leading British filmmaker Mike Newell had previously directed the Oscar-nominated Enchanted April and the award-winning Dance with a Stranger. The script was written by Richard Curtis, the writing talent behind the television hit series The Black-adder and Mr. Bean and writer of Notting Hill, Bridget Jones's Diary and Bean, four of the highest-grossing British film comedies of all time.

The film's instant box-office success in America rocketed Grant to Hollywood stardom and the film is recognised as the most successful British film ever in terms of critical acclaim and box-office receipts. Released in 1994, Four Weddings won five Baftas, including Best Film, Best Director and Best Actor, and two Evening Standard Awards.