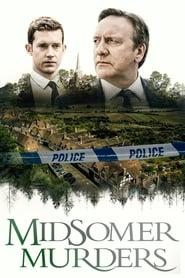 Looking for a specific episode? View locations by episode
Filtering 2 locations from The Killings at Badger's Drift Show all