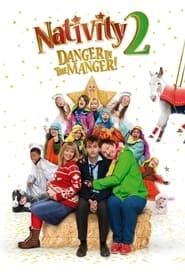 Where was Nativity 2: Danger in the Manger! Filmed?

Mrs Bevan (Pam Ferris) doesn’t want Mr Poppy and the class to compete in the Song for Christmas competition against old rivals Oakmoor School. But when Mr Peterson hears his twin brother Roderick (David Tennant) is leading another school, St Cuthbert’s, he signs up.

Soon Mr Poppy, Mr Peterson and the class are on their way to Castell Llawen for the contest in full costume. But how long will it be before Mr Peterson’s wife, Sarah (Joanna Page), and Mrs Bevan realise what’s going on?

Castell Llawen is not a real castle - it’s a Welsh translation of Merry Castle, following the Nativity franchise’s festive naming tradition. Danger in the Manger’s filming locations for the Song for Christmas competition include Warwick Castle and an RSC theatre. The Nativity 2 filming locations for the coach trip include a white water rafting centre, waterfall and stable as they make their way in typically zany style.

This sequel to the popular British comedy sees a new teacher (David Tennant) take over. When he enters his school in the National 'Song for Christmas' Competition, he and his pregnant wife, and the schoolchildren, embark on an epic road trip that ends up with a birth and a donkey, where he must embrace his fears and become a hero.