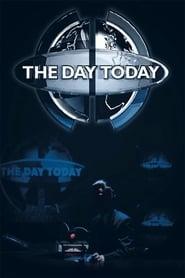 Where is The Day Today filmed?

The Day Today is a surreal British parody of television current affairs programmes, broadcast in 1994, and created by the comedians Armando Iannucci and Chris Morris. It is an adaptation of the radio programme On the Hour, which was broadcast on BBC Radio 4 between 1991 and 1992. On the Hour was written by Morris, Iannucci, Steven Wells, Andrew Glover, Stewart Lee, Richard Herring, David Quantick, and the cast. For The Day Today, Peter Baynham joined the writing team, and Lee and Herring were replaced by Graham Linehan and Arthur Mathews. The principal cast of On the Hour was retained for The Day Today.

The Day Today is composed of six half-hour episodes and a selection of shorter, five-minute slots recorded as promotion trailers for the longer segments. The six half-hour episodes were originally broadcast from 19 January to 23 February 1994 on BBC2. The Day Today has won many awards, including Morris winning the 1994 British Comedy Award for Best Newcomer. All six episodes are available on BBC DVD, having previously been issued on VHS.