A real Bubble Palace is one of the Ab Fab: The Movie’s filming locations that take Edina and Patsy’s glamorous world to the next level. Look out for Cannes’ flashiest hotels and London’s hottest addresses as we take a look back at the lushes’ chaotic 2016 comeback.

Where is Absolutely Fabulous: The Movie filmed?

The Absolutely Fabulous: The Movie is filmed around North London, Southbank and the French Riviera. Exactly where we see PR party queen Eddie Monsoon and her best friend, Patsy, appearing – or within a mile or two, anyway.

Like the TV series, which relied heavily on real luxury brands, the film rolls out some of London and the French Riviera’s biggest names. But with a movie budget to play with, we don’t just see a glimpse of a logo here and there…

“This is Ab Fab on a completely different scale.”
Damian Jones, Producer

And the locations play a huge part in making it happen.

In the Ab Fab Movie, Eddie’s house scenes were filmed around Ranulf Road, on the boundary of West Hampstead and Cricklewood.

An episode of the sitcom gives away that the Monsoon family live at 34 Claremont Avenue in Holland Park, W11. So the N2 address isn’t far off (and the areas’ mansions even share the same basement expansion trend).

But matching the layout of the sitcom’s longstanding set was a deal clincher:

“the production team had one very specific requirement; a flight of stairs leading into the living room… the owner… is a huge Ab Fab fan, and was not in any way alarmed at the prospect of potential wild behaviour or offended to be told that his taste matched Eddy's.”
Alan Hanon, 1st Option Agency

High end contemporary style made it work, but the biggest attraction was the layout, with the stairs leading down to the living space.

In the BBC sitcom, most scenes take place around the kitchen/dining area. June Whitfield and Julia Sawalha’s characters are seen living normal-ish lives in the living space, until Edina waltzes down the stairs with a new crisis to deal with. 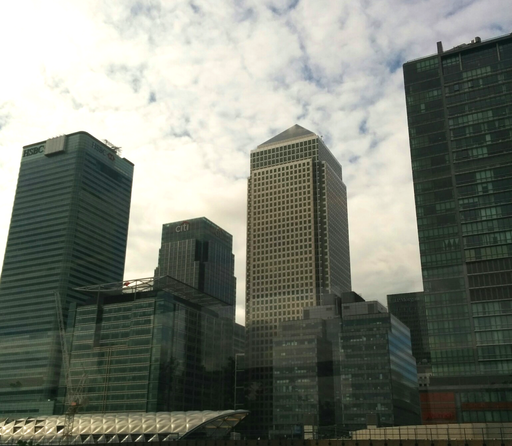 The designer’s looks are worn by Joanna Lumley and Jennifer Saunders in the movie, and seen on the red carpet at the premiere.

And of course, it’s got the right look for the Huki Muki event where it all goes wrong in the comedy’s most controversial scene.

The foyer and terrace of the Hotel Martinez in Cannes appear onscreen.

5-star Hotel Martinez is an Art Deco icon, dating back to the 1920s. Some of the suites’ windows face out across the Mediterranean – and all of the hotel takes inspiration from the landscape.

You can also catch a glimpse of Boulevard de la Croisette, where the hotel is situated.

Eddie and Patsy are also seen hiding out at Le Grand-Hôtel du Cap-Ferrat, a Four Seasons hotel that sits between Nice and Monaco. A lot of the action takes place around Cap Ferrat, including the scenes of Patsy hunting for a wealthy partner.

The Ab Fab Movie’s swimming pool scene was filmed at Le Grand-Hôtel du Cap-Ferrat’s Club Dauphin pool. It’s not short on style credentials. La Rotonde (the Rotunda) was designed by Gustave Eiffel, designer of the eponymous tower and the guest book is a who’s who running from Somerset Maugham to Paul McCartney.

The resort’s infinity pool looks out over the Mediterranean, and it brings swimmers even closer to the sea. It’s filled with heated sea water for a sea-swimming experience – with all the comforts of loungers, cabanas and restaurant service.

Ab Fab’s car chase scene was filmed in Villefranche-sur-Mer. You might know it better as the picturesque holiday destination from Mr Bean’s Holiday.

Villefranche-sur-Mer’s St Peter's Chapel and harbour area appear in the movie as well.

Edina and Patsy eventually crash the delivery van into Bubble’s pool, at a distinctive mansion on the French Riviera.

It’s in Théoule-sur-Mer, a dream location with a view across the bay to Cannes and Nice.

The quirky mansion was designed by Antti Luvag in the 1970s, and is said to be built entirely of curved lines. Not one sharp angle or straight edge graces the mansion’s six storeys.

Could there be a better filming location for Ab Fab’s fashion PR assistant than a house made of bubbles, owned by a fashion icon?