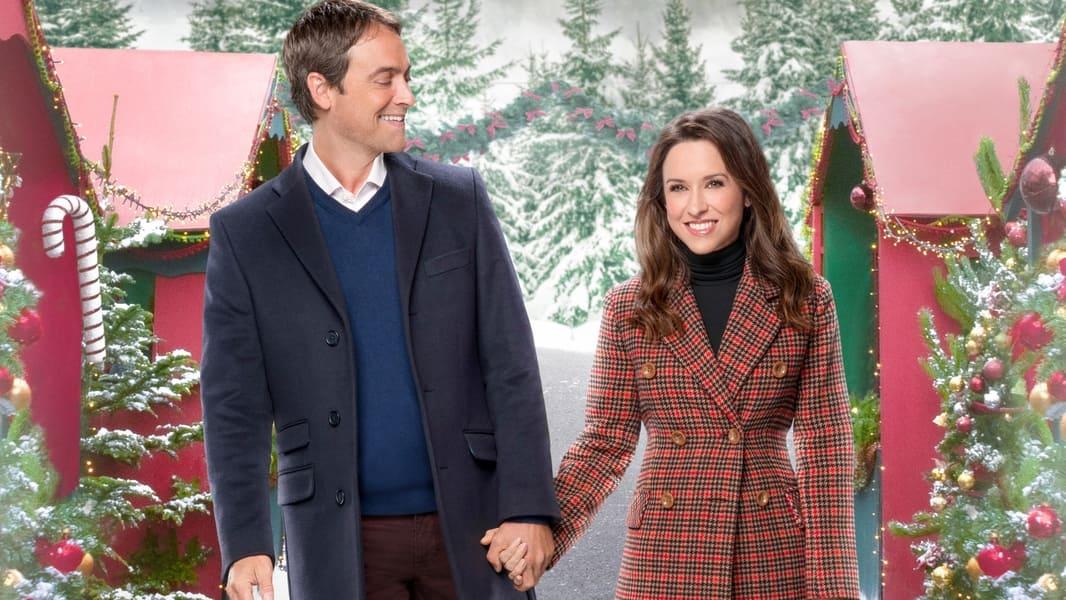 Brooke Bennett (Lacey Chabert) travels Ireland with her sister Margot (Ali Hardiman) after growing disillusioned with life in New York. Thanks to a mix-up, Brooke ends up as the event planner for Aidan Hart’s (Stuart Townsend) grand Christmas ball. Aidan is in fact the Earl of Glaslough, and the party is going to be held in his family castle – Castle Hart.

Where Was Christmas at Castle Hart Filmed? 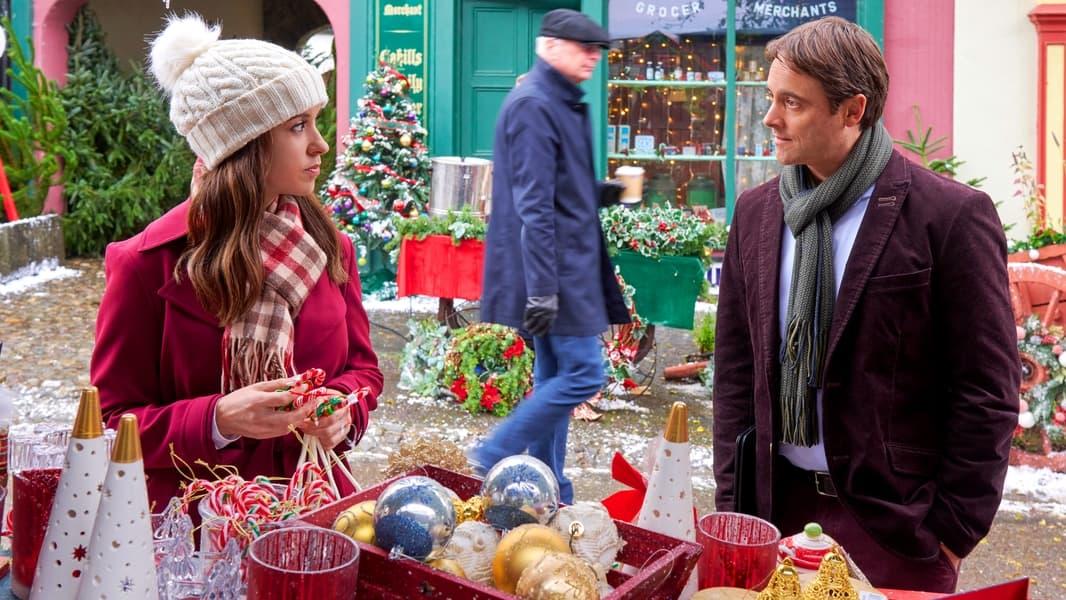 The counties of Clare and Limerick are in the spotlight, with everyday high streets, heritage villages and ancient castles making an appearance. Best of all for fans of the heart-warming Hallmark Christmas movie, the Irish locations the cast visited have shared glowing reports of their experience. And the stars have spoken highly of their visit.

In Ennis, Lacey Chabert stayed at the Old Ground Hotel – where staff spoke highly of their time hosting the star. Irish actor Stuart Townsend has spoken of loving the chance to work in his home country, sharing stories and snapshots.

Look out for plenty of stunning scenery in the background throughout the movie. One of the sights in Christmas at Castle Hart is the Cliffs of Moher.

The stars talked to Southern Living about their experiences, with Stuart Townsend making the most of visiting family. Meanwhile, his American co-star got to know the country and see the sights that appear in the movie.

The Cliffs of Moher have also featured in Harry Potter and the Half Blood Prince as Dumbledore and Harry search for a horcrux, and also in 90s sitcom Father Ted where it was featured as the location for the Holy Stone of Clonrichert.

“I just wanted to see as much as I could so we just got in the car and drove around. We got to see the Cliffs of Moher, I mean, I think the prettiest thing I've ever seen. And the weather was incredible…”
Lacey Chabert, Brooke

The B and B

The bed and breakfast in Christmas in Castle Hart is Connolly’s Bar in Kinvara, Galway. It’s situated on the Wild Atlantic Way, a route which runs along the landscape of the west coast of Ireland.

Look out for Christmas at Castle Hart’s town bar location, Knox’s Bar on Abbey Street in Ennis, the capital of Clare. Holiday decorations were spotted on Abbey Street in 2021, featuring in Aidan’s scenes with the accidental party planners.

This is a real pub - though of course, the wreaths and garlands were added specially for the summertime Christmas movie’s location shoot!

Bunratty Castle. DXR, CC BY-SA 4.0
Christmas at Castle Hart’s Christmas Market scenes were filmed on the Village Street at Bunratty Castle and Folk Park. Just behind the stalls Lacey Chabert and Stuart Townsend’s characters visit in the movie, you can see the street’s village shops and houses.

One of the buildings, MacNamara and Sons, even holds a fully licensed pub! All in the style of a traditional public house, of course.

The Sunday World went behind the scenes back in 2021, catching the Christmas market shoot in full swing. And the movie’s director shared his thoughts on filming holiday movies around the world:

“When Hallmark asked us to make movies with them, we said we want to take the audience to the most romantic locations on the planet and let them live in a world that most people will never see, so hence that's why we came to Ireland”
Leif Bristow, Co-Producer

This market scene was set up specially for the Hallmark film Christmas at Castle Hart. But visitors really can catch Christmas events at the Bunratty Castle and Folk Park! Check the destination’s website for current details.

Dromoland Castle. Srleffler at English Wikipedia, Public domain, via Wikimedia Commons
The real Castle Hart from Christmas at Castle Hart is Dromoland Castle in Newmarket-On-Fergus, County Clare. Look out for it in interior and exterior shots –you can see the castle’s own crown logo on the entrance under the portico. And it’s Dromoland Castle that appears in the snowy overhead shots too.

Most of the sumptuous décor belongs to this castle location as well (though several guest room scenes were filmed elsewhere). It wasn’t just the character of Brooke who spent time in the beautiful setting. Lacey Chabert got to enjoy living like a movie character during the shoot, thanks to a stay at the castle during filming.

“I feel like I’m living all my Hallmark Movies. I get to be a princess in this castle, I get to wake up, walk downstairs and go to work…”
Lacey Chabert, Brooke

In the movie, Castle Hart is run as a hotel by Aidan’s sister, Siobhan (Aoife Spratt). The good news is, Dromoland Castle from Christmas at Castle Hart is also a 5-star hotel you can visit. On top of the rooms we see in the Hallmark movie, the hotel boasts golf facilities and a spa.

Castles of Christmas at Castle Hart

More castle scenes were filmed at Dunguaire Castle. Dunguaire Castle was built in the 1520s, and changed hands just over a century later. In the 1920s, it was bought by Oliver St. John Gogarty, a figure on the Irish literary scene. Before long, the castle was hosting the likes of Shaw and Yeats.

But these days it’s owned by Shannon Heritage, and visitors can tour the restored castle to find out about life in centuries gone by.

And filming also took place at Lough Cutra Castle, a privately owned castle set in its own woodland surroundings. Its history goes back over a thousand years – but the current castle building was designed by John Nash.