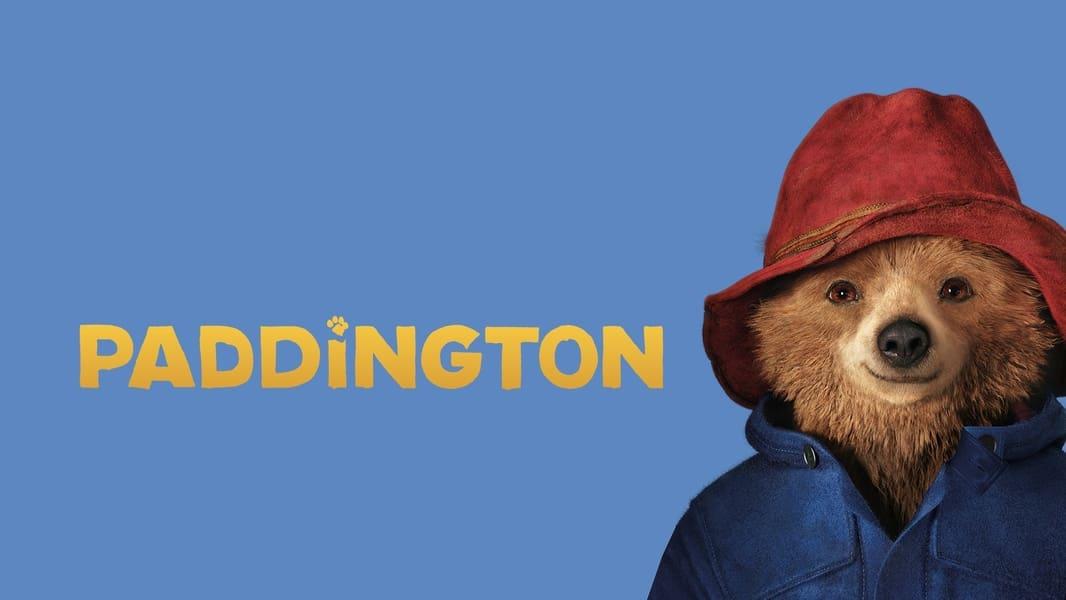 The Paddington movie gives us our first live action encounter with the little Peruvian bear and his friends.

"Paddington is very real to me… I just imagine him walking along the street beside me and I try and see the world through his eyes."

Now we can follow in Paddington’s pawprints as the polite little bear and his friends take us around London to a Calypso beat.

Where was Paddington Filmed?

The main bear needed a bit of CGI assistance to appear around London, but the Paddington movie filming locations are mostly found near the areas described in Michael Bond’s books.

Those that are a little further afield aren’t far off, and several major landmarks proudly play themselves with Costa Rica, Portobello Road and the Jubilee Line jostling for screen time.

The Cloud Forest of Monteverde was selected for its lush greenery, and as mysterious forests go it’s hard to beat.

It lies across the Continental Divide and is home to a startling array of plants and animals, making this tiny region one of the most biodiverse areas in the world.

Unfortunately for us, the animal stars of Paddington’s Peruvian scenes were all added in post-production, though the sets were very real.

A crew of 120 people worked on the short but vital scenes of Paddington, Aunt Lucy and Uncle Pastuzo, setting up the ideal home for a family of English-speaking bears in the middle of the dense jungle. 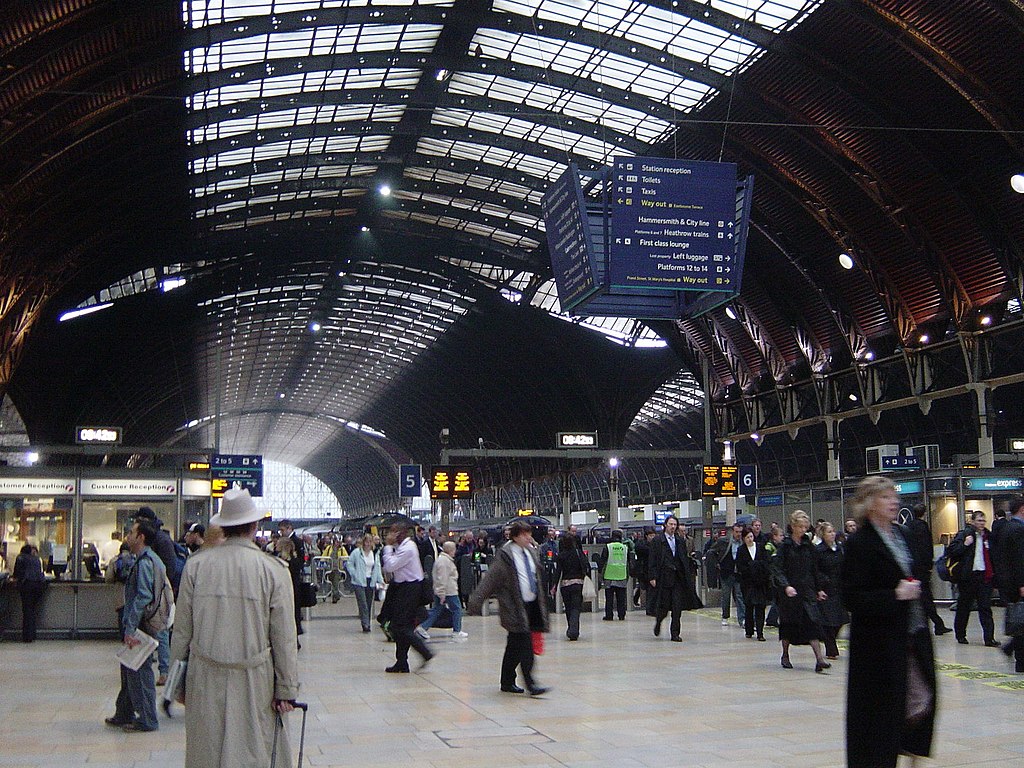 Paddington Station. Photograph: Phychem, CC BY-SA 3.0 , via Wikimedia Commons
A rather forlorn bear arrives into Paddington station, where he finds himself brushed aside by crowds of commuters (though he does prove popular with a flock of hungry pigeons). Then, the Browns arrive – after Mr Brown steers the family past, Mrs Brown returns to scoop up their new little friend.

The scene really was shot at London’s Paddington Station, with the cast and crew taking over the platforms by night.

But if you visit, you might notice the exterior doesn’t look the same – nearby Marylebone Station’s entrance was used instead, a fact that won’t escape its regular commuters.

As you may have guessed from the watery fate that befalls the Browns’ house early on in the film, its imaginative decor and its versatility for camera angles, interior shots were filmed on set at Elstree.

The Paddington movie’s Windsor Gardens filming location isn’t in Notting Hill, but it’s only three or four miles away and this candy-coloured crescent really does look the part. Its houses are painted in pastel shades all round.

The stained glass window above the front door, inscribed with a red ‘32’, was added by set designers, and a few of the neighbouring homes were given a spruce up to set exactly the right scene – along with a sprinkling of falling snow. 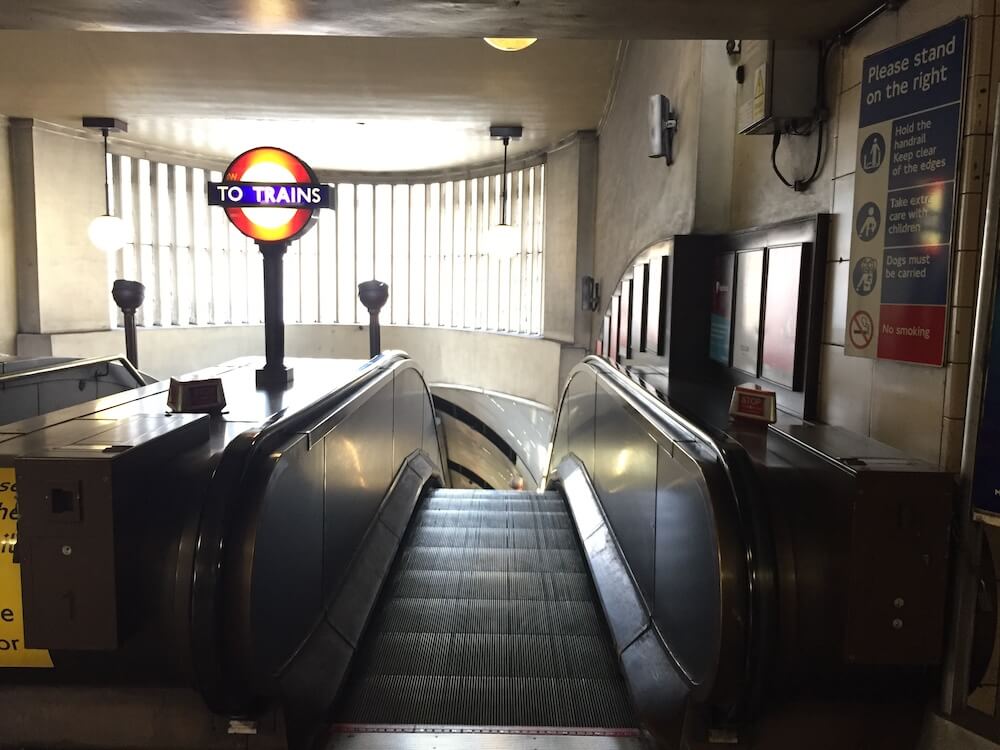 The name is a composite of Westbourne Park and Royal Oak stations on the Circle and Hammersmith and City Lines, not far from Notting Hill and the Paddington Station area.

In other words, they’re in just the right place to be the Browns’ local station.

Neither of them actually appear onscreen though – to find Paddington’s Tube station filming locations, we need to travel a tiny bit further.

One stop north from Baker Street on the Jubilee Line you will find St John’s Wood, which was used for interior shots.

St John’s Wood’s escalators play a starring role in the ‘dogs must be carried’ sequence.

Look out for the distinctive lamps which line the escalators – they date back to the 1930s and are just one of the reasons why this bijou station is Grade II listed.

There’s no Mr Gruber serving up tea and stories by model railway - but that’s where the differences end.

From the theatrical swagged sign above the entrance to the endless collection of antique curiosities, homewares and china, Alice’s Antiques at 86 Portobello Road really is exactly the kind of treasure trove you see onscreen.

Disney fans may recognise Portobello Road from the musical sequence set in its famous market (though it was filmed on a sound stage), while romantic comedy Notting Hill was famously filmed in the area.

Surprisingly, The Italian Job actually comes geographically closer – Michael Caine’s character is seen at the back of the shop in Denbigh Mews.

London’s prestigious Reform Club lends its elegant halls as the filming location for The Geographers’ Guild where Mr Brown and Paddington hunt for information on the explorer, before an unfortunate marmalade-based incident strikes the atrium.

The heavily marbled Italian Renaissance building on Pall Mall was designed by Sir Charles Barry, who is best known for his work on the Houses of Parliament.

Open only to members and their guests, the club has played host to many illustrious names since its beginnings in the 1830s.

It was founded to bring about political reform, and its political past is evident in the portraits of Whigs and Radicals which watch from its walls.

Paddington trudges across London in search of Montgomery Clyde. He eventually tracks down Montgomery’s house, where the explorer’s daughter Millicent now lives.

Downshire Hill lies half way between the desirable North London areas of Belsize Park and Hampstead.

The road leads directly to the picturesque Hampstead Heath, which Paddington producer David Heyman has declared “the most beautiful park in London”.

Paddington is secretly chauffeured across Tower Bridge as a stowaway – the landmark makes a bigger appearance in Paddington 2, when one of its exhibition rooms becomes the scene of a break-in.

Bond tips his hat to his famous creation from a café as the newly adopted bear makes his way to the Browns’ home for the very first time. We haven’t been able to source this eatery but look out for this charming moment.

Later in the film, a dejected and soggy bear approaches Buckingham Palace where he shares his marmalade sandwich with a guard at the gates.

You can visit the Palace during summer months and watch the Changing of the Guard any day of the year at 11am, though re-enacting the marmalade moment is unlikely whenever you visit unless you are a charming little bear from Darkest Peru.

By Diliff (Own work) [CC BY-SA 3.0 (https://creativecommons.org/licenses/by-sa/3.0) or GFDL (http://www.gnu.org/copyleft/fdl.html)], via Wikimedia Commons
London’s Natural History Museum plays itself in the Paddington movie.

This cultural filming location can be found on Cromwell Road, beside the V&A and the Science Museum, and while there are many examples of taxidermy inside the museum’s galleries your experience will hopefully be more relaxed than Paddington and the Browns’.

Behind its wooden doors, you can everything nature-themed from butterflies to the Big Bang.

They also run unusual experiences like movie nights and museum sleepovers, so you really can experience the museum after dark (but without Nicole Kidman’s menacing Millicent in pursuit).