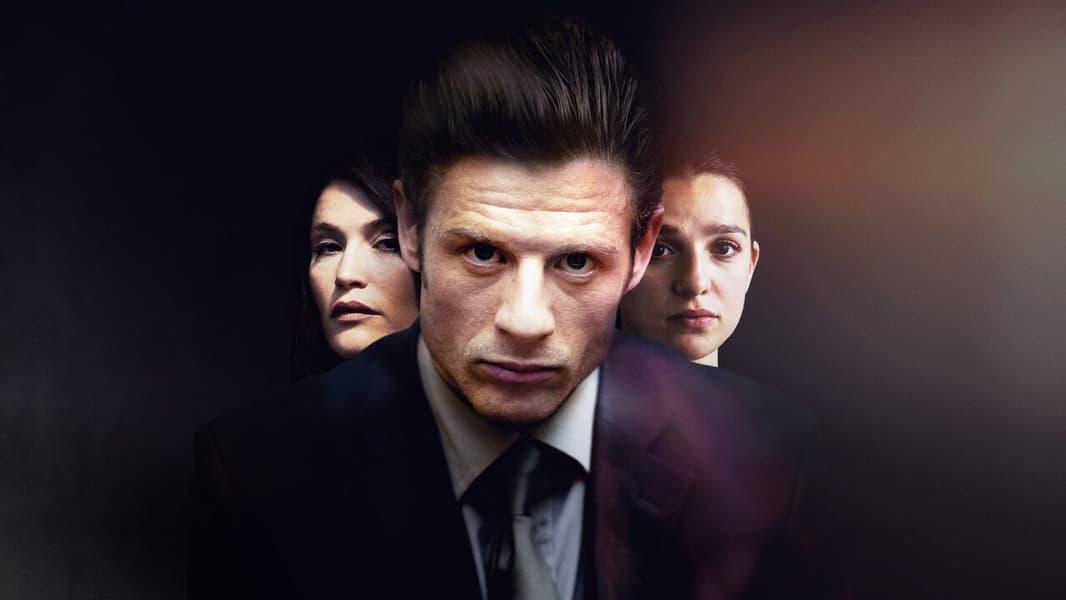 The Netflix thriller recounts the unlikely true story of con-man Robert Freegard (James Norton). Details including names are changed for the drama, but the scammer’s modus operandi the same. In the film, Alice Archer (Gemma Arterton) tries to sort the truth from the lies as Freegard tries to draw her in.

Where Was Rogue Agent Filmed?

The Kent location shoot took place in June 2021, catching the summer weather for shots of coastline around Dover.

Is Rogue Agent Based on a True Story? 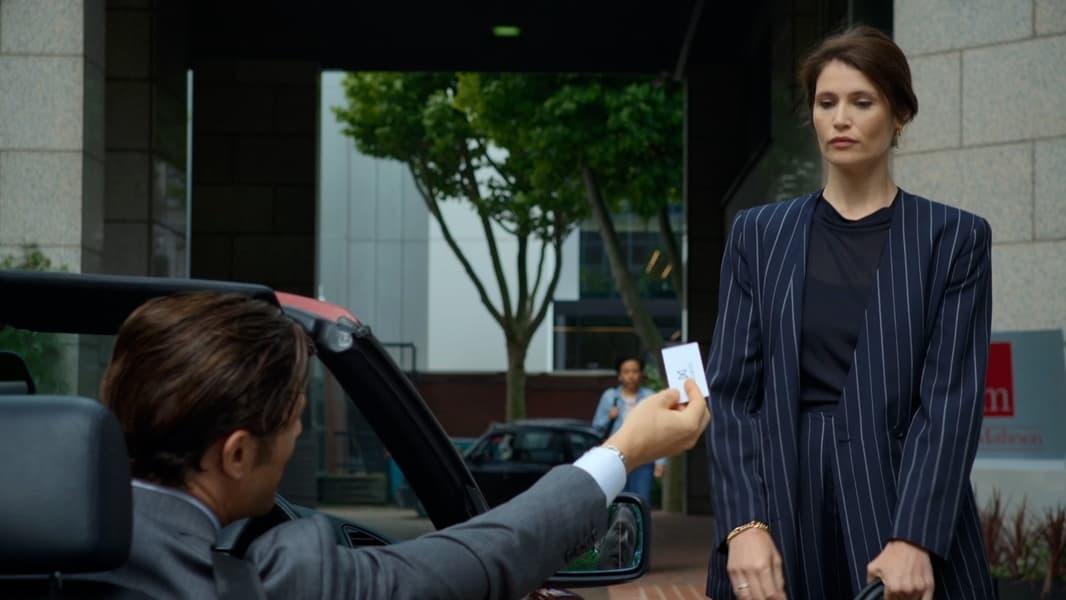 Rogue Agent Filming Location
Rogue Agent is based on the true story of Robert Hendy-Freegard, a conman who duped numerous people over 19 years. Between 1993 and 2002, Freegard won the trust of successive friends and girlfriends. He would repeatedly spin a web of lies, making victims believe they had to go on the run with him.

The story typically involved Freegard posing as an MI5 agent. As part of his con, he persuaded victims that they had to go through agent training, or flee mysterious enemies. Some were talked into handing over their inheritance or life savings.

Finally, he convinced his associates to cut ties with their friends and family – often in hurtful ways.

Netflix documentary The Puppet Master: Hunting the Ultimate Conman uncovers the story. In the series, those drawn into the case talk about the chain of events and long-lasting effects for those picking up the pieces.

The Netflix thriller was written by The Salisbury Poisonings writers Declan Lawn and Adam Patterson. It follows the article written by journalist, screenwriter and producer Michael Bronner (co-producer of Green Zone and Captain Phillips).

Lawn and Patterson directed the stranger-than-fiction story, which they created after hearing a brief account of the real events:

“We couldn’t believe that this was true because it was so unlikely, dramatic and incredible.”
Adam Patterson, Co-Writer

Robert’s car dealership location in Rogue Agent is on North Road in Richmond. DD Classics is a real showroom belonging to the classic car specialists, with an impressive range of classic cars on display.

Of course, in the Netflix movie we see less of the car dealership as the con-man ramps up his false getaways.

In the Netflix con-man film, Robert Hendy-Freegard hands Alice his card outside her office before driving off. He hands her a business card, and Alice reads off the name as Robert Hanson.

And this building has an unusual history.

Rogue Agent’s lighthouse location was never actually used to guide ships. Instead, it was used to test out lighting equipment – and was used by Michael Faraday, inventor of the Faraday Cage.

The arts centre and lighthouse are open to the public on select days, if you want to explore for yourself. And as you can see onscreen, its Thames location makes for clear views across the Docklands and the O2.

Look out for the Albert Embankment Path when Hanson reveals his true identity as Robert Freegard. He tells Alice that he’s an agent and Alice questions him about his contact, Sophie.

They’re walking between Lambeth Bridge and Westminster Bridge. And of course, we can see the Houses of Parliament across the Thames in the background during their conversation.

Rogue Agent Filming
Robert and Alice drive the sports car along Upper Road, Dover, as they pass through the countryside to the coast. They’re driving along the clifftop roads of Kent, so they’re actually right above the famous White Cliffs of Dover.

Upper Road leads from Dover Castle, past the port, and on to St Margaret’s Bay. You can visit the area – though be warned, parking for the lighthouse is actually at the White Cliffs of Dover Visitor Centre nearby.

The Rogue Agent lighthouse location in Kent is South Foreland Lighthouse. Alice and Robert drive here on their weekend out of London, and we see the exterior as they park.

Today it’s a National Trust property housed in this preserved Victorian lighthouse on the clifftops. You can visit guided tour of South Foreland Lighthouse will take you through the history.

The first lighthouse was built here in the 14th Century, so there’s plenty to discover. Best of all, there’s also a tearoom onsite.

The restaurant scene in Netflix’s Robert Freegard movie was filmed at 116 Pall Mall, in the Restaurant. Located in St James’s, it’s part of the luxurious events venue, which hosts all kinds of events from afternoon tea to corporate days and weddings. Not to forget, locations shoots.

In the scene, Robert tells Alice’s parents that they’re planning to start a car dealership business on the side. Suspecting that this isn’t Alice’s idea, her father questions the plans, and they leave on bad terms.

Alice and Robert walk down the Duke of York Steps after their difficult lunch with Alice’s parents. In the scene, Alice’s parents are concerned that she’s compromising her career as a lawyer.

Look out for the Duke of York statue rising up behind them. This route would take them from St James’s down to the Mall, so the geography is fairly accurate here.

The outdoor café in Rogue Agent is actually 116 Pall Mall’s terrace and Waterloo East garden. The Carlton Room opens out onto this terrace and private garden. In fact, it was once the smoking room when the venue was a members’ club.

The street running parallel to the patio, behind the trees, is Carlton House Terrace – one of its addresses briefly appeared in Cruella. At the back of this block, you’ll find the Institute of Contemporary Arts (ICA) opening onto the Mall.

In the scene, Robert arrives from the direction of Waterloo Place, home to the Reform Club and Athenaeum. Alice questions him about Julie Harper, after the phone call with Julie’s mother, Bridget. They disagree, with Robert insisting that Julie was an alcoholic who invented stories to paint him in a negative light.

The bar in Rogue Agent where Alice is approached (Shazad Latif) is the Champagne Bar of 116 Pall Mall.

It’s located in the building’s vaults, and opens to the public as 116 Pall Mall by Searcy’s on weekday evenings. And if you get into the Champagne Bar, you’ll find one of London’s largest selections of magnums waiting for you.

St Margaret's Bay by Colin Park, CC BY-SA 2.0
Rogue Agent’s beach location is St Margaret’s Bay in Dover, in the scene where Robert takes his newest girlfriend (Sarah Goldberg) to the shore. It sits just below the lighthouse location, at the foot of the same cliffs.

Visitors will find the colourful beach huts just as they appear in the Netflix thriller, standing alongside the shingle beach.

The courtroom in Netflix’s Rogue Agent is Camberwell Green Magistrates Court. True crime followers might recognise the courtroom filming location from Rogue Agent from another series, The Thief, His Wife and the Canoe.