The Woman in White Filming Locations 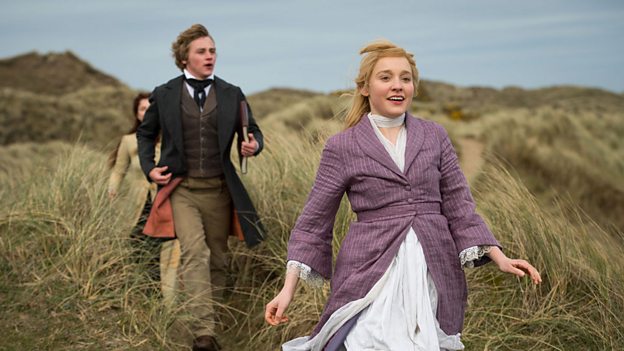 The Woman in White BBC TV series took to Northern Ireland to brings the Victorian novel to life for a 2018 audience.

Written by Fiona Seres and directed by Carl Tibbetts, the Wilkie Collins mystery follows drawing tutor Walter Hartright who has fallen on tough times in London.

After an encounter with a mysterious woman dressed in white in London, he is offered an apparently unconnected opportunity in the north of England.
Charles Dance looms as Frederick Fairlie, who invites Eastenders actor Ben Hardy’s Hartright to his family’s remote Cumbrian estate to tutor his wards, Laura and Marian (War and Peace and Taboo’s Jessie Buckley, and Olivia Vinall of Apple Tree Yard). Walter grows closer to Laura, who is betrothed to Dougray Scott’s Sir Percival Glyde.

Each time the mystery deepens, we are introduced to a new setting that taints the atmosphere. The Victorian thriller is set across a few key locations – village-like Hampstead, a remote Cumbrian house, a Gothic mansion in Hertfordshire and the East End of London. But the filming locations that set the scene so well are actually found elsewhere.

Where Was The Woman in White Filmed?

Most of the BBC The Woman in White adaptation was filmed in and around Belfast. Filmmakers have increasingly been heading to Northern Ireland, with Game of Thrones using it for a sizeable number of location shoots.

The Woman in White’s location filming took place in and around the capital, Belfast. Dougray Scott commented:

“The locations were incredible, some of these places were amazing and unlike any I had seen before. They had the most magnificent architecture and views. Plus, I love Belfast, it is a great city.”

National Trust properties have provided a wealth of filming locations for the likes of Poldark and And Then There Were None, and this time their Northern Irish sites are in the spotlight for the BBC’s The Woman in White.

"We had a wide choice of grand houses, many of which, crucially, have been in the same family for many years and so have not been over-restored."

With most of properties and natural environments open to the public and served by handy amenities, they’re not just good for film crews – they’re ideal if you want to explore the sumptuous or the wild locations you’ve seen onscreen.

Florence Court By Andrew Humphreys (User:Andrewhumphreys) ([1]) [CC BY-SA 2.5 (https://creativecommons.org/licenses/by-sa/2.5)], via Wikimedia Commons
The imposing exterior of Limmeridge House takes Walter Hartright aback as he steps out of the carriage.

The Woman in White’s Limmeridge House exterior filming location is Florence Court in Fermanagh – it’s every bit as grand in reality..

The Georgian mansion was founded by Sir John Cole and named for his wife, Florence. Fittingly for the filming location of a celebrated mystery, this house holds secrets of its own – its construction was a sprawling affair conducted over three generations, yet the records are peculiarly incomplete, making the building a mystery in itself. Visitors can discover this National Trust property for themselves on a guided tour of the house.

Dundarave House in Bushmills provided a lookalike filming location for interior shots of Limmeridge House, with producer Sarah Curtis elaborating “the interior rooms matched Florence Court perfectly but were all connected to each other allowing the actors and the camera to move easily from room to room”.

Located near the Giant’s Causeway, which reaches towards Scotland’s west coast, the house’s heritage has close ties to Scotland as well as Northern Ireland.

In spite of its similarity to Florence Court, it was actually designed as a near-identikit copy of another building - London’s Reform Club.

The capital’s exclusive club iconic destination for political society in the 19th Century is itself a popular filming location. Dundarave’s Great Hall bears a striking resemblance to its Atrium, which has appeared in the Bond movies and Paddington.

While you can’t visit quite as freely, you can in fact stay at Dundarave House as a guest on a bed and breakfast basis.

Wilkie Collins’ The Woman in White takes its characters out into the countryside of Cumbria, the English county which is home to the Lake District. With filming taking place in a completely different setting, the production made use of a different but equally beautiful landscape.

Belfast, or Beal Feirste in Gaelic, means ‘mouth of the sandbank’, though the landscape seen in the BBC series is found a little way south of the city.

A place of natural beauty, Murlough National Nature Reserve, provided the windswept coastal escape where Laura and Walter talk in The Woman in White. This is another National Trust site you can visit, whether you want to enjoy the views, the wildlife or its screen connections.

In The Woman in White, Wilkie Collins places Sir Percival Glyde’s Gothic mansion in Hertfordshire but once again, Northern Ireland’s wealth of stately homes stepped in. You can find The Woman in White’s Blackwater filming location at privately-owned Narrow Water Castle.

“Its heavily carved battlements and turreted roof were the perfect gothic backdrop,” said producer Sarah Curtis. And as well as setting the scene for The Woman in White’s Victorian eeriness, the castle closely matches the look of Hertfordshire’s own mansions. Its spindly peaks, pale stone walls and banks of narrow-paned windows wouldn’t look out of place at the likes of Knebworth House.

Sir Hugh de Lacey’s original castle was constructed in the 13th Century, making it a true remnant of medieval times.

An ancient keep still stands watch at the water’s edge, and is now looked after by the state, but the imposing building seen onscreen is set further back. The building we see onscreen has been the home of the Hall family since the 1670s, with the Gothic Revival addition appearing in the early 19th Century directly adjoining the existing family home.

Narrow Water Castle is another filming location which accepts overnight bookings, meaning you can experience its atmosphere for yourself.