Trailing the Great British Bake Off Tent - Series 1 to 9

You may not find the Star Bakers rustling up showstoppers in the kitchens, but you can find a good tearoom at many of the Great British Bake Off filming locations.

By Ingo Mehling (Own work) [CC BY-SA 4.0 (http://creativecommons.org/licenses/by-sa/4.0)], via Wikimedia CommonsMary, Paul, Mel and Sue launched their GBBO journey with a tour of Great Britain, as ten bakers took up oven mitts to face the six-week challenge. First, they baked cakes in the Cotswolds, with the first technical challenge taking on the Victoria Sandwich. Scone Palace in Perth, steeped in over a thousand years’ worth of royal history, welcomed the bakers for biscuit week including what else but scones.

The six remaining contestants arrived in Kent the following week, with Kent providing a suitably doughy setting for breads, cobs and rolls. Sarre Windmill, at the time a fully-functioning mill but now a holiday let, lent itself perfectly to the job. Edd’s bread-based bakes proved popular with the judges, but when the GBBO moved on to Bakewell for puddings week, Miranda’s hot lemon soufflé was unbeatable.

Pies, pasties and canapes made up the pastry week agenda for the semi-finals, which couldn’t have been held anywhere but Cornwall. The tent was pitched in Mousehole while the contestants tried their best to craft their own versions of the famous West Country bake.

The bakers headed to the relatively modest gardens on London’s Fulham Palace for the all-important tea party in the finale. Edd’s Cinnamon and Banana Cake, Miranda’s Lemon Cupcakes and Ruth’s Mint, Ginger and Blackberry Cake were all on the menu, along with now-perfected versions of their previous bakes. As we now know, Edd’s bakes won the day, and the series.

By the time the second series rolled around, the show had found a semi-permanent home at Valentines Mansion in Ilford, Redbridge. Twelve bakers spent eight weeks producing their finest bakes in an attempt to win the newly-created weekly title of Star Baker. After a rocky start in the battle of the Battenburgs, Joanne rose to the top in desserts week before winning outright with her Sachertorte and petits fours.

The Grade II listed brick mansion was built in the countryside just before 1700, but over the centuries it has been absorbed by the ever-expanding border of East London. It changed hands between private owners who each added their own elegant touches, including the walled garden, before the local council took it over in 1912. As a result, Valentines Mansion was put to work throughout the 20th Century, before being brought back to its Georgian glory with Heritage Lottery support.

At the time of writing admission is free, and the house welcomes visitors of all ages. And of course, you should really make your Bake Off pilgrimage authentic with a trip to the café.

Somerset’s neoclassical Harptree Court replaced the East London residence later in 2012 for the third series of GBBO. John had a narrow escape in the sixth week, when an injury left him unable to complete his strudel showstopper, but made it to the all-male finale where he beat two-time Star Baker Brendan and three-time Star Baker James, to the title. 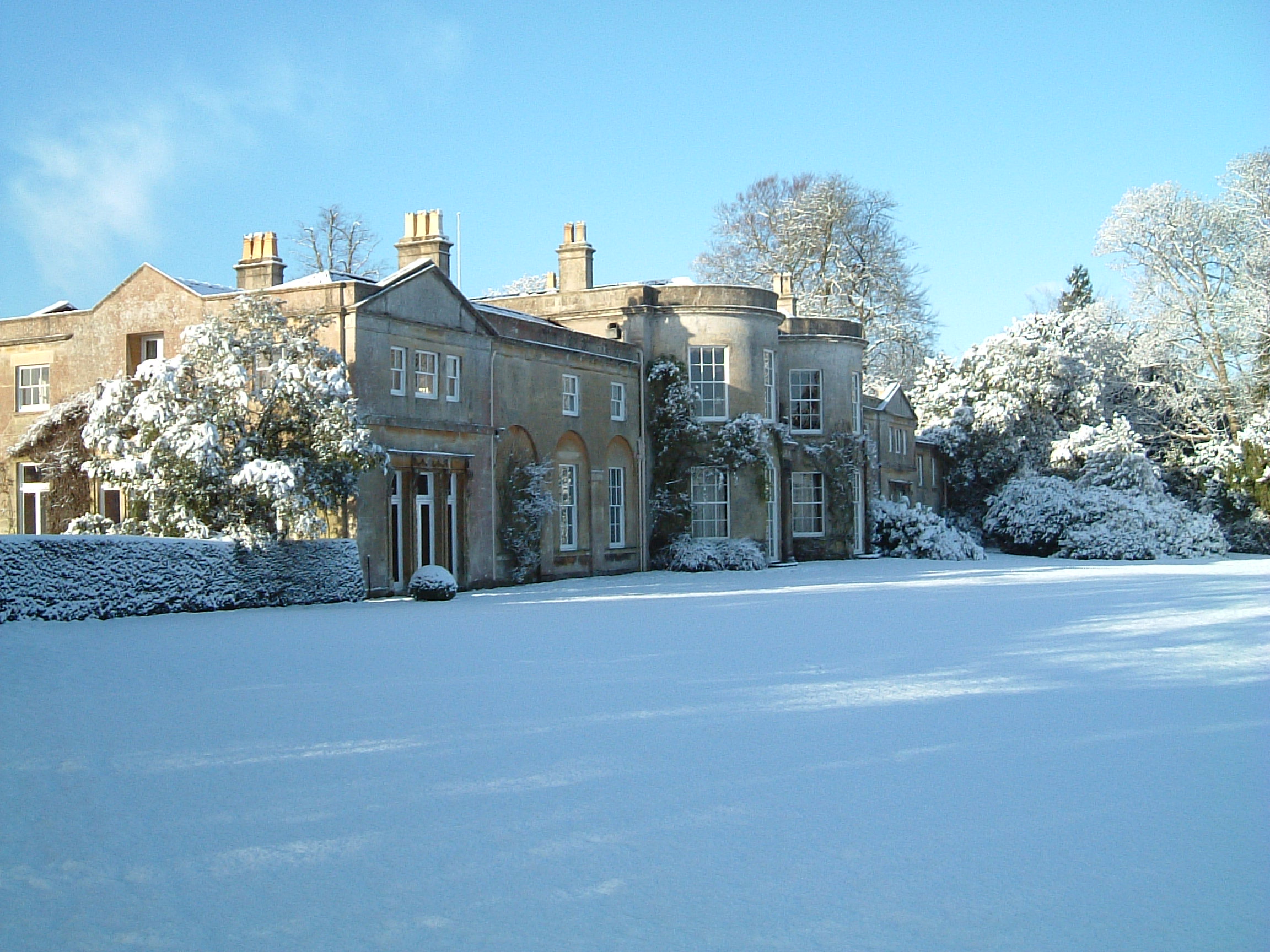 By Charles PL Hill (Own work) [CC BY-SA 3.0 (http://creativecommons.org/licenses/by-sa/3.0)], via Wikimedia Commons
Harptree Court is a private residence but luckily enough for travelling GBBO fans, part of the house is run as a B&B or you can even stay in the rather spectacular tree house, which was featured on Channel 4’s Amazing Spaces. The judges and presenters made themselves at home during filming, to the delight of owner and cake lover, Linda Hill.

By Chris Wood (User:chris_j_wood). [GFDL (http://www.gnu.org/copyleft/fdl.html) or CC-BY-SA-3.0 (http://creativecommons.org/licenses/by-sa/3.0/)], via Wikimedia CommonsBBC1 snapped up the hit baking show in 2014, with the change of channel taking the tent to a new filming location. Waving goodbye to Harptree Court’s Aga, the crew set off for the 17th Century Welford Park in Berkshire, which has remained the home of GBBO throughout the fifth, sixth and seventh series. For the show's eighth and ninth series, the tent was once again pitched at the country estate near Newbury.

In these grand surroundings, Frances started her journey with bread matchsticks, complete with giant matchbox, and ended up pipping Ruby and Kimberley to the post. Then, Nancy beat Luis and even Richard, who was named Star Baker an unprecedented five times. In the sixth series, Nadiya’s iced buns won the technical challenge, and together with her wedding cake showstopper and signature iced buns she was crowned champion.

The land was formerly the site of an abbey and, after the dissolution of the monasteries, Henry VIII’s hunting lodge until the king granted it to a favoured courtier, Sir Thomas Parry. It was later sold to a Mayor of London, passed through marriage to a Huguenot family who helped found the Bank of England, and used as a convalescent home during WWI.

Unfortunately for location hunters, the privately owned Welford Park is closed to the public for most of the year. However, doors are opened to visitors for special events including the park’s own snowdrops season in springtime, complete with a Snowdrop Tearoom tent.