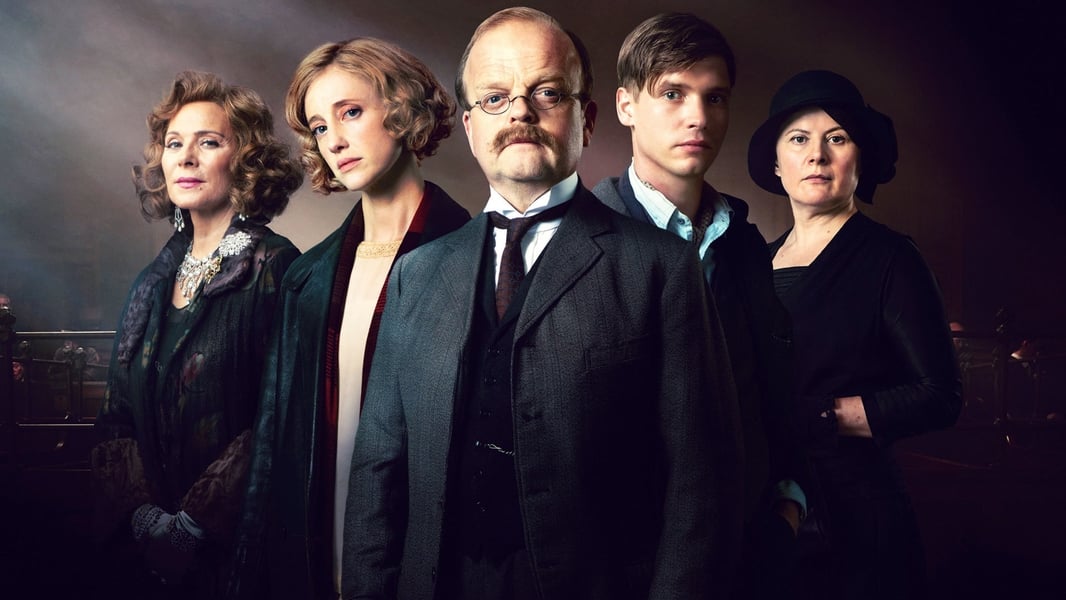 Agatha Christie’s crime novel is set in London, but to recreate just the right look for the era the cast and crew took to the streets of Liverpool.

Director Julian Jarrold commented on the northerly choice of Witness for the Prosecution filming locations: “Weirdly Liverpool is much better at being London than London because there are so many buildings that have been preserved.”

She has often spoken of her own Liverpudlian roots and made the most of her time on location in her hometown, including paying a visit to Crosby Beach, home of Anthony Gormley’s Another Place installation.

The wartime sequence which opens the series was filmed at Formby Beach in Southport, not far from Liverpool. Peaky Blinders, also set in the 1920s, has also made use of its sand dunes for scenes featuring Tom Hardy.

Maintained by the National Trust, Formby is known for its natural beauty and woodland wildlife including red squirrels – a far cry from the war scene it’s used for in the Agatha Christie mystery.

Kim Cattrall and Toby Jones were spotted on location in Chester while filming scenes outside Emily French’s house, scene of the crime which sparks the murder mystery.

A house in Grade II-listed Abbey Square was used as Emily French’s house, with its Georgian townhouses standing in for a smart London square. 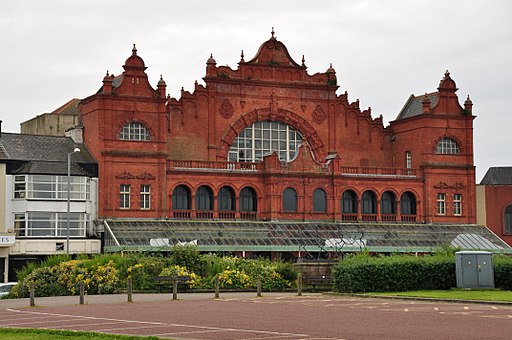 Winter Gardens, Morecambe. By Nilfanion (Wikimedia UK) [CC BY-SA 4.0 (https://creativecommons.org/licenses/by-sa/4.0)], via Wikimedia Commons)
The Winter Gardens in Morecambe, where Toby Jones was spotted during filming and made a good impression on his hosts on location.
“Toby was a really nice man, he wanted to know all about the theatre’s history,” said Evelyn Archer, chairman of the Winter Gardens Preservation Trust.
Look out for the bar, which is the Winter Gardens’ Parisian Bar, as well as the foyer and several areas of the main auditorium, and the dressing rooms backstage.

Crews filmed the theatre’s Parisian Bar, the horse shoe around the auditorium, the foyer, stalls, dressing rooms and the boxes near the stage.

You can take a tour of this turn of the century pavilion or even catch a stage show there – after falling into disrepair, a restoration project has brought it back to life and it’s once again a fully functional venue.

For exterior shots, the theatre filming location for Witness for the Prosecution was the Liverpool Playhouse on Williamson Square.

The street in front of the theatre was taken back to the 1920s, with filming taking place under darkness to capture shots of the characters attending a performance. Kim Cattrall played Cleopatra opposite the RSC’s Jeffery Kissoon in Anthony and Cleopatra at the Liverpool Playhouse in 2010, but this time around it was Toby Jones who visited the venue.

Toby Jones’ character is Mayhew, the lawyer in charge of Leonard Vole’s defence against murder charges, and his prison visits raise the drama’s tension levels.

St George’s Hall in Liverpool provided the exterior filming location for prison scenes – both the interior and exterior are seen onscreen.

The building may look familiar – it was also featured in Fantastic Beasts and Where to Find Them, which used Liverpool’s streets as its only filming location outside the backlot.

In real life, this grand hall is found near Lime Street Station and has hosted concerts and celebrations for over 150 years.

The Courtroom and the Police Station

A hotel provided Witness for the Prosecution with its courtroom. Manchester’s London Road Fire Station fell into disuse after the building was sold on to Britannia Hotels, but fortunately for the BBC and Mammoth Productions, it still holds a number of purpose-built rooms complete with fixtures and fittings.

The sprawling early 20th Century building was once a centre for the fire, police and ambulance services which have all left their marks, including police offices and the courtroom we see onscreen as the all-important trial plays out. 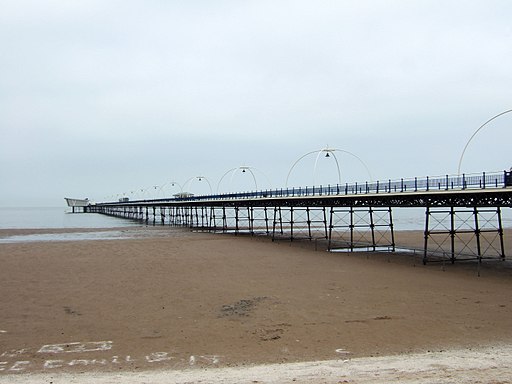 Southport Pier. By Small-town hero [Public domain], from Wikimedia Commons
Quaint Southport Beach, just half an hour away from the city of Liverpool, provides the filming locations for the beach scene. It’s a classic seaside resort and home to the second-longest pier in the country, making it a charming resort if you aren’t caught up in a murder mystery.

The grand sandstone hotel is actually not a hotel at all, but a civic building - the Witness for the Prosecution French hotel filming location was actually Liverpool Town Hall.

It was decked out with period cars (and a yellow-capped doorman) but this elegant building didn’t need too much help to look the part.

Completed in 1749, the town hall really is home to the sweeping staircase topped with a statue and framed by foliage, and its showpiece rooms are lit by chandeliers.

In its day job, the building hosts functions and weddings but anyone can visit this sumptuous location. Curious Christie fans can book a tour directly through the Town Hall.