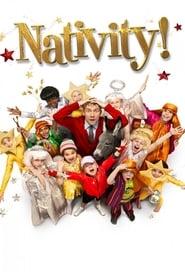 Where was Nativity! Filmed?

Actor-turned-teacher Paul Maddens (Martin Freeman) is tasked with putting on a St Bernadette's Primary School nativity to beat rival school Oakmoor's. Enthusiastic classroom assistant Mr Poppy (Marc Wootton) is ready to help the class put on a show, adding his own unconventional approach to the mix.

But Mr Maddens' old nemesis from drama school is now Oakmoor's teacher, Gordon Shakespeare (Jason Watkins) and Paul soon gets carried away with the competition. After inadvertently convincing headmistress Mrs Bevan (Pam Ferris) that Hollywood is interested in their school play, Paul tracks down his former girlfriend, Jennifer (Ashley Jensen), in LA.

As the stakes are raised, look out for ever grander locations including the studios where ABC series Grey's Anatomy is filmed.

Martin Freeman is lovelorn teacher Mr Maddens, a former am-dram star whose girlfriend (Ashley Jensen) dumped him over Christmas five years ago and upped sticks, inexplicably, to La-La Land. Yuletide cheer is not his forte, but he's forced to drum some up when Pam Ferris's headmistress earmarks him to direct the Nativity play.