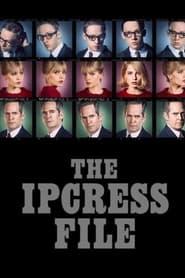 Where was The Ipcress File Filmed?

The Ipcress File made use of Liverpool and Cheshire for various street locations whilst Croatia was also used for some locations. Main locations featured include a prison near Shrewsbury which featured as Colchester Military Prison, Liverpool Lime Street Station featuring as as Berlin station and Bolton also featuring as some London streets.

A TV adaption of Len Deighton’s spy novel The Ipcress File, which inspired the 1965 Michael Caine film of the same name.

Harry Palmer is serving as a working-class British sergeant in Berlin as the Cold War rages in the 1960s. Palmer is a sharp and savvy operator, with varied side-hustles that ultimately land him trouble with the law for crimes that could mean an eight-year stretch in a grim English military jail. But spotting Palmer’s potential, and his network in Berlin, an intelligence officer offers him a way to avoid prison by becoming a spy. His first case is The Ipcress File — a dangerous undercover mission on which Palmer must use his links to a man suspected of kidnapping a missing British nuclear scientist.

A bomb explodes under Jean's car and only Harry's quick-thinking saves their lives. Harry spots a suspicious stranger tailing them who is identified as Randall, a former agent.

Harry and Jean arrive in Beirut in hot pursuit of Randall, who is holding Professor Dawson. Meanwhile, Dalby holds a secret rendezvous with Stok, a Russian colonel.

Dalby challenges General Cathcart, suspecting American involvement in Dawson's abduction. Harry and Jean head to the Pacific atoll where the neutron bomb is to be tested.

Harry is handed over to the Chinese military where he is subjected to a bewildering regime of mental torture. Dalby's love for Dr Lavotchkin takes its toll on his judgement.

Harry is tormented by what has been planted in his mind as his mission reaches its bloody climax and the stability of the free world is at stake.