Annika Filming Locations: The Clyde in the Spotlight 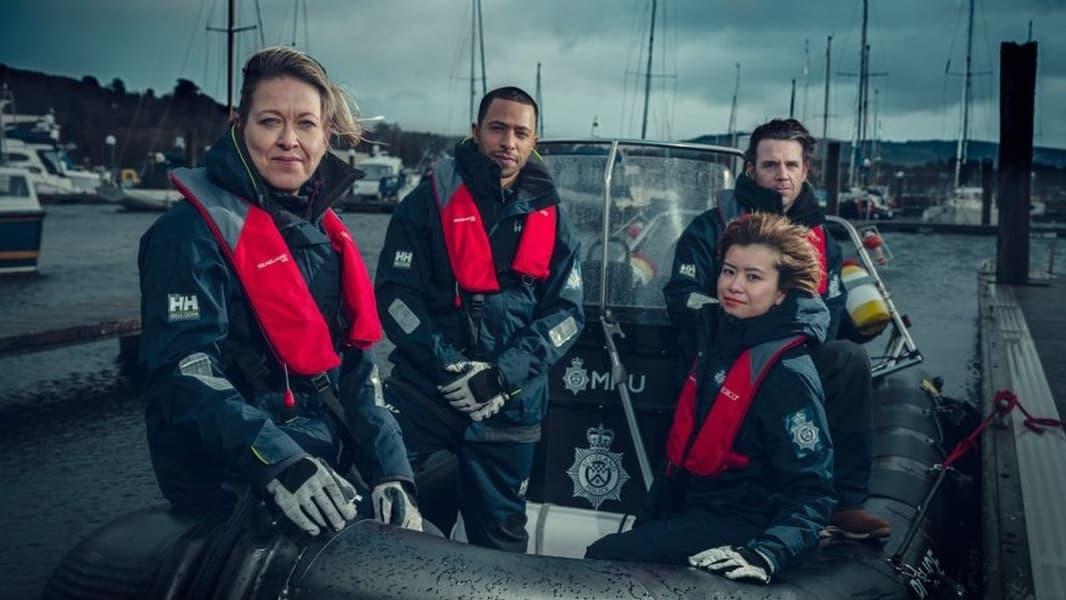 “The murders are unlikely, baroque and peculiar. It’s a marine homicide unit, which doesn’t exist in the UK. Strictly speaking, it is a fictitious setting, so the murders and things that happen are quite dramatic.”
Jamie Sives, DS Michael Andrews

But what’s the best way to make unusual murders and a fictional police unit convincing onscreen? In Annika’s case, to set them in a line-up of geographically accurate locations with some impressive attention to detail.

Where Is Annika Filmed?

Annika is filmed entirely on location from the Isle of Bute to Largs, Helensburgh and Greenock on the Firth of Clyde, and Luss and Balloch on Loch Lomond. Look out for a few scenes around Glasgow’s West End and City Centre too.

The Annika TV series is based on Nick Walker’s BBC Radio 4 series Annika Stranded. Like the Alibi crime drama, it stars Nicola Walker in the same lead role – the main difference is, the Annika radio drama is set in Oslo.

Instead of searching the Oslofjord, Alibi’s Annika sails the River Clyde, Loch Lomond and Loch Katrine. And rather impressively, the cast really filmed out on the water.

“...we really did get these pilot licences. We can drive these boats quite safely now. We had to do man-overboard procedures and navigating lights and buoys and all that.”
Nicola Walker, DI Annika Strandhed

“The Beacon Arts Centre will become our sophisticated new base and home for the marine homicide unit, with its huge, beautiful glass windows directly onto the Clyde Estuary.”
Arabella Page Croft, Co-Founder of Black Camel Pictures

Sitting right by the waterside, it’s a convincing filming location for Annika’s team base. It’s also right beside the harbour used in the series.

Convincing substitute branding for Scotland Police was brought in for the shoot. You can get a close-up of the Beacon Arts Centre as the police station from Annika in the Greenock Telegraph.

The harbour from Annika is really East India Harbour, Greenock. It’s situated just a few minutes’ walk from the Beacon Arts Centre which is used as Annika’s MHU HQ. So the boats the cast are seen sailing from this harbour in the Alibi drama series are sailing out onto the Firth of Clyde.

Behind the waterfront buildings, you’ll find the centre of Greenock. The station, shops and all the town amenities are right there. So while there’s plenty of beautiful Scottish scenery, we get a hint of urban Scotland too.

The Aquatic Watch Annika marina filming location is Largs Yacht Haven, opening out onto the Clyde. The yacht club itself is situated on the edge of the seaside town.

Largs is a classic seaside destination with a beach and seafront, just an hour away from Glasgow. But it might just be best-known for its ice cream... 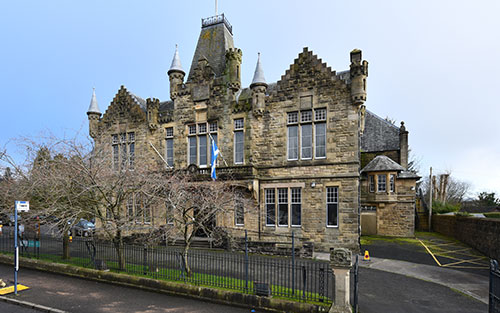 Victoria Halls. Copyright liveargyll.co.uk
The school play location in Episode 1 of Annika is Victoria Halls in Helensburgh. While the Alibi drama covers a wider area, Helensburgh provided the base and a host of versatile locations.

The location for the gym in Annika is Victoria Halls in Helensburgh, appearing again in a new role.

With different spaces inside one venue, the location is seen several times in Episode 1 alone.

Look out for the gym scenes, and the sports hall where Annika faces a potential shooter in a marksmanship class. This was one of the first scenes to be revealed by Alibi, with a suspenseful shot appearing in an early trailer.

Annika’s country police station scenes were also filmed at – yes, Helensburgh’s Victoria Halls again. While the filming location is seen extensively in the series, it’s far from the only location used in the area.

The Riverside Espresso stand where Annika gets a coffee at the end of Episode 1 is seen on Rhu Road Lower in Helensburgh.

The Helensburgh Advertiser flagged up the filming on Rhu Road Lower and the nearby Kidston Park back in January 2021. One of the houses on the road was also used in scenes for the Alibi crime drama. 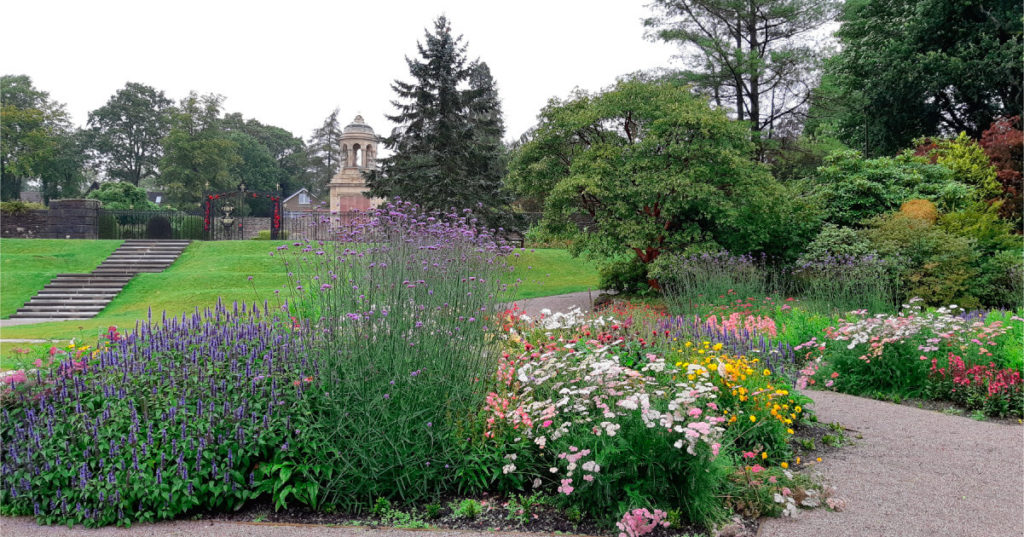 Hermitage Park. Copyright destinationhelensburgh.org
The morgue filming location in Alibi’s Annika series is the pavilion at Hermitage Park in Helensburgh.

In real life, the morgue location is home to a modern café at the newly developed Park Pavilion, with a playpark and formal gardens beyond.

The Annika Glencoe filming location seen at the end of Episode 1 is the Kingshouse Hotel. Situated in the Lochaber area, this Glencoe hotel is 250 years old and has real roaring fires to keep out the cold from the snowy mountains.

Glencoe is the furthest-flung Annika location. Fortunately, this particular spot is a straightforward two-hour drive from Glasgow by the A82. 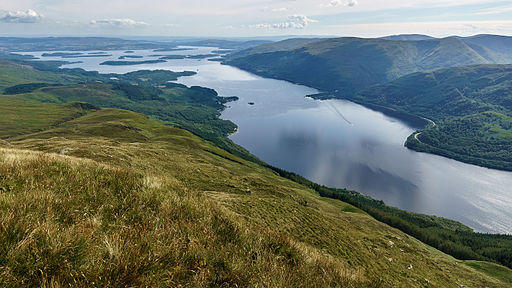 Loch Lomond. © User:Colin / Wikimedia Commons
Look out for Loch Lomond in several key scenes in Annika, with surrounding roads and the shore shown in the Alibi series.

And the Loch Lomond boat scenes were shot out on the water with the cast. Though there was one downside to filming the marine investigations entirely on location.

“There was one day I was out on the boat with Jamie and it was so beautiful. We were on Loch Lomond and it was bitingly cold – it was dawn, in February, so it was Baltic. But the views were so beautiful and stunning that it didn’t matter that it was super-crisp.”
Katie Leung, DS Blair Ferguson

Annika’s Natural Water location is on Virginia Street, Glasgow. The fictional water company is based at the end of the city centre street, a couple of blocks south of George Square.
Look out for this location at the start of Episode 3, as the MHU team investigate the latest grizzly murder. 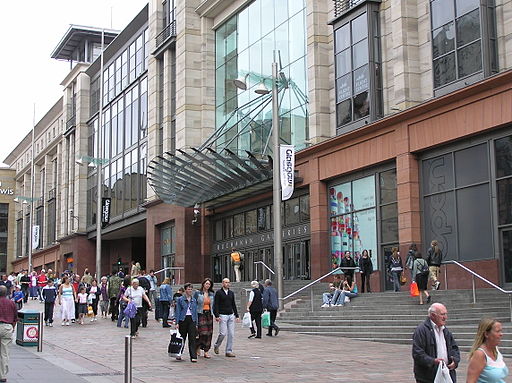 Black Camel Pictures shared a shot of the area on Instagram back on 1 March 2021, and locals spotted filming in action.

Look out for Royal Exchange Square in the café scenes during Episode 4’s chase sequence, before the suspect is stopped. Glasgow Live shared behind the scenes images of filming in progress if you want a sneak peek.

The High Street area was also used as an Annika location. It’s the street lined with local shops, cafes and businesses.

In February 2021, there was a string of road closures while the Annika team filmed across Kelvinbridge and around Partickhill.

Partickhill Road is a leafy residential street, made up of detached houses near Turnberry Road and tenements closer to Hyndland Street.

The Glasgow Times shares images of the Kelvinbridge shoot in progress in early March 2021, revealing Nicola Walker’s Annika looking out of a bay window.

Glasgow’s popular Byres Road area is one of the Annika filming locations that shows off the Scottish city. Look out for residential Ruthven Street, which was also used in the scenes.

And Blair and Jamie investigate around Ashton Lane in Episode 4. This little cobbled lane is home to bars, restaurants and a licensed cinema. If you were wondering, the fairy lights you can glimpse in the background are an established feature.

With so many scenes taking place in the car, there are lots of cameos from the city’s streets.

Episode 2 of Annika on Alibi was filmed around the Isle of Bute. Bute is actually just a short way away from MHU’s base location in the series, to the west of Largs.

It’s accessible by boat and ferry, which we catch a glimpse of in the series, and it’s known for its promenade and coastal beauty. And like many of the Annika filming locations Bute is a plausible area for the MHU team to cover.

Is it an accurate location? Not quite, Dumbarton is significantly closer to Glasgow than Bute. But it’s well within Annika territory in terms of setting and real life location, just a short drive from Loch Lomond and Helensburgh.

Loch Katrine is the Annika filming location featured in Episode 3. In the episode, a scientist is found dead in the loch near Glasgow.

It’s a freshwater loch surrounded by the Trossachs, to the east of Loch Lomond.

And as suggested by the Annika Episode 3 plotline, Loch Katrine really does supply fresh water to Glasgow. You can take a closer look at how it all works, courtesy of Scottish Water.

We think the Katrine Boat Hire location might actually be Luss Pier on Loch Lomond. If you look closely, you can see the distinctive windows of Luss cottages behind the boat hire shop.

You can book a place on a boat trip here, so it’s not too far from the truth. And there’s coffee and ice cream to be found too. It’s actually a conservation village, which is why this Loch Lomond location is picture-perfect.

Luss Village is another of the Annika filming locations set around the water, adding authenticity to the series. It’s a short drive away from Balloch, on the south side of the loch, and Helensburgh on the banks of the River Clyde.

It’s a sandy beach that, like Largs, is close to Glasgow – making it a popular destination for coastal days out. The crime drama doesn’t show it off its best side, of course, between the crime backdrop and wintry weather.

Loch Lomond Shores was the filming location for Annika’s leisure complex scenes by the loch. The shopping village in Balloch let on that the cast shot scenes in the area earlier in 2021.

The appearance was also confirmed by Sassenachs artisan coffee van, first making an appearance in Episode 3.

In everyday life, Loch Lomond Shores is a popular destination with a 5* VisitScotland rating. There’s shopping and dining plus leisure activities like Sea Life Loch Lomond Aquarium and mini golf. And that’s on top of the Trossachs National Park, Loch Lomond’s water activities and the John Muir Way nearby.

So this Annika filming location in the Loch Lomond area is very easy to visit.

But you might have noticed its stone architecture and stained glass windows. This building was originally a church and these details have been preserved, with the modern academic features fitting in around them.

In Episode 4, Lachie gets into the car outside Glasgow’s Mitchell Street Car Park. Blair and Jamie are seen investigating there later in the episode, before the chase sequence takes them through the area.

Unsurprisingly, that puts his workplace on Mitchell Street, near Glasgow Central Station. It’s within easy walking or running distance of the chase locations, making this a nice, accurate bit of onscreen geography.

Pacific Quay by The Clyde. Ronnie Macdonald from Chelmsford and Largs, United Kingdom, CC BY 2.0
The industrial area Blair and the team investigate early in Episode 5 is in the Pacific Quay area. Look out for the Clyde Arc, or Squinty Bridge, in the background.

This area has been under steady redevelopment, and is home to the BBC Scotland and STV buildings. On the opposite bank, you can just make out the SSE Hydro.

The Starry Starry Night store the team visit in Episode 5 is a real vintage store in Glasgow. You'll find it on Dowanhill Lane.

In fact, it's been a cult favourite for years - i-D interviewed owner Anna Graham in 2020. Taking inspiration from her time in Kensington and New York, she tracks down fabulous finds like vintage Biba pieces.

The graveyard at the top of the hill in Episode 5 is the Glasgow Necropolis. It's situated beside Glasgow Cathedral, was established in 1832 and is home to over 3,500 monuments.

The Inn at the end of the Annika season finale is the Ferry Inn on Clyde Street. The name refers to Renfrew Ferry Terminal which is just next door.