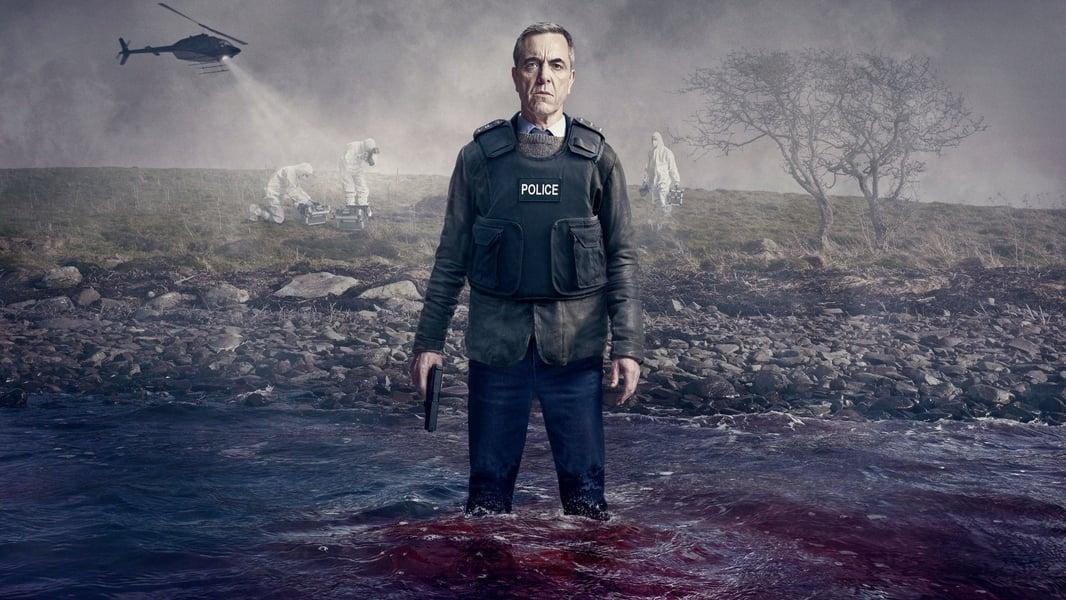 Bloodlands was filmed on location in Belfast’s Titanic Quarter, around the Queen’s University Belfast campus, at the Botanic Gardens and at a shipyard with a very different Goliath of its own.

Produced by Line of Duty and Bodyguard’s Jed Mercurio, Northern Ireland-based police drama Bloodlands was written and created by Chris Brandon, who comes from County Down.

DCI Tom Brannick (James Nesbitt) and his colleague DS Niamh McGovern (Charlene McKenna) find a connection to a twenty-year-old case. And it might provide answers to his own wife’s disappearance in the late 90s. But DCS Jackie Twomey (Lorcan Cranitch) is reluctant to stir up old rivalries.

Where Was Bloodlands Filmed?

BBC drama Bloodlands was filmed around Strangford Lough, a Belfast Metropolitan College campus, in and around Queen’s University Belfast and on the streets of Ballyclare. And the cast have spoken about how much they enjoyed their location.

“It’s impossible to be lonely there, everyone wants to talk to you. It’s an amazing place.”
Tori Matthews (Lisa Dwan)

For producer Jed Mercurio, the show’s Belfast base also meant a short commute between new series Bloodlands and Season 6 of Line of Duty.

Bloodlands has been renewed for a second season, with more real Northern Irish filming locations expected to feature.

The hillside crime scene locations in Bloodlands are actually Strangford Lough and the Mourne Mountains. They’re remote settings for mysterious goings-on in the BBC crime drama, despite being a short drive from Belfast city centre.

Series creator and writer Chris Brandon grew up in the area, and the landscapes that inspired him are the ones you see onscreen.

“It’s a place that always sparked my imagination. The austere beauty of scarred and sodden hillsides, the windswept islands and bouldered shorelines always seemed, in themselves, to hold the memory of stories past.”
Chris Brandon, Writer

Strangford Ferry. Ardfern, CC BY-SA 3.0
The ferry at the start of Episode 1 is the Strangford II, which really does operate in Belfast.

It was specially built for its NI route, and runs between for the Strangford Lough crossing between Strangford Harbour and Portaferry.

As the recovery team bring up the 4x4, they confirm the link and a decades-old mystery comes back to haunt the police team.

Brannick talks about whether he needs to stir up old resentments under the iconic Samson and Goliath cranes.

Goliath was the first of the cranes to be built. And of course, the names links up with Bloodlands’ codename.

And in fact, it’s practically next door to the Samson and Goliath cranes seen when Tom first suggests revisiting the cold case.

Production took place during half term, meaning the cast and crew were able to film both inside and outside the building.

The car explosion happens on Ballynure Road in Ballyclare, about 20 minutes north of Belfast.

Local residents and media caught the Bloodlands shoot in action near the Ballyclare War Memorial Park.

Queens University, Belfast. Steven Lek, CC BY-SA 4.0
Izzy’s university in Bloodlands is the real Queen’s University Belfast. The Russell Group university’s Lanyon Building is the Victorian building is seen in the series and in publicity stills of Tom’s daughter Izzy.

The nearby Botanic Gardens were also used as a Bloodlands filming location in Season 1.

Season 2 of Bloodlands adds the harbour area of Portaferry and The Titanic Experience to the filming locations. In the 2022 series, DCI Tom Brannick becomes tangled up with Olivia Foyle (Victoria Smurfit) when a decades-old discovery brings an underground network back into play.

Portaferry. Vehicles leaving the M.V. Portaferry II at Portaferry by Eric Jones, CC BY-SA 2.0
The Bloodlands harbour location in Season 2 Episode 1 is Portaferry Ferry Terminal. In the first episode, Tom Brannick discusses a new case with the Dunfolan team as they walk past the boats.

They continue along Portaferry’s Strand and the Shore Road, passing its pubs and hotels.

Portaferry’s ferry service runs between this terminal and Strangford, across Strangford Lough. As you may remember, Strangford Harbour appeared in Bloodlands Season 1 in key scenes.

Bloodlands’ Dunfolan high street location is the Square leading up to the High Street in Portaferry. In a scene in Season 2 Episode 4, Birdy worries about being seen by passing officers.

The Square is set a short way back from the Portaferry Ferry Terminal, seen earlier in the series. You can see the area’s local shops in the background, with the police car passing near the Eurospar.

In Bloodlands, this is where Olivia brings her American contact to talk about the discovery. They pass through the Fit Out rooms before getting down to gritty details in the glass-walled Launch room.