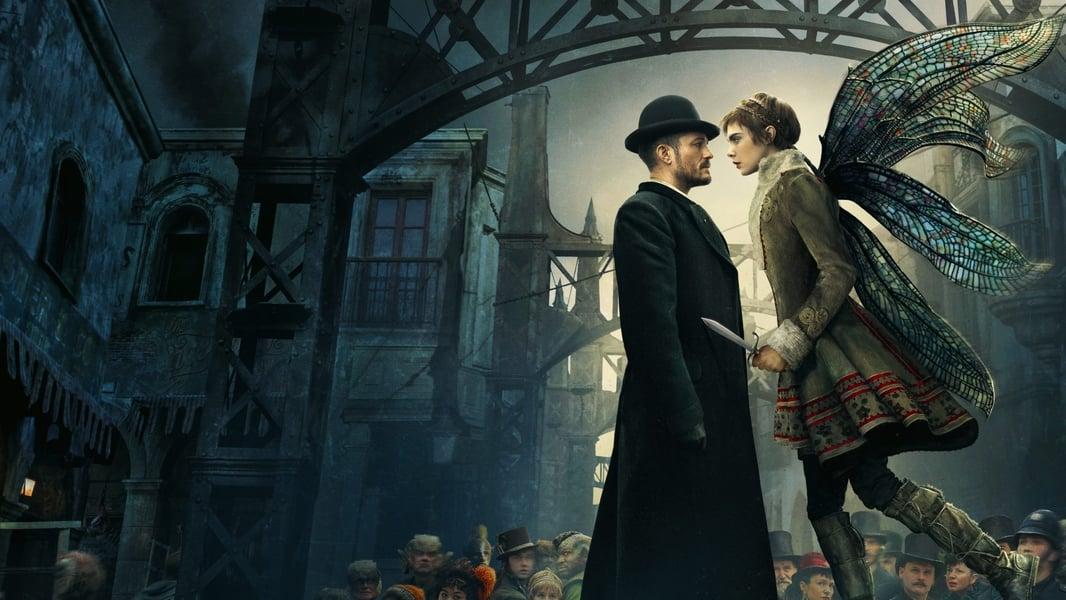 Amazon’s steampunk fantasy Carnival Row was filmed in Prague and across Bohemia. But are the Carnival Row filming locations as darkly fantastical as they seem onscreen? Amidst the studio sets and make-up artistry, several fairy tale worthy places were used in the Amazon series.

Which ones are real, and which ones were created by set designers and craftspeople? Take a closer look at the Burgue, the caves of the Tirnanese Highlands and more, and see if you guessed right.

Where Was Carnival Row Filmed

Most of Carnival Row was filmed at Prague’s Barrandov Studios, which served as the show’s base. It also let the team craft a world of their own:

“The majority of filming took place in a studio, which meant most of the sets were built uniquely for the show. The set designers added so much detail to every part of the world - just stepping onto those sets was magical.”
Anna Rust, Fleury

Other Carnival Row scenes blend parts of the Czech Republic with CGI, lending scale and variety to round out the Burgue.

Shots of Carnival Row and the Tetterly Hotel were filmed at a studio in Prague, along with most of the regular backdrops.

“We filmed about 60% on sets – the fictional Victorian town was built on the Barrandov Studio back lot, and we had several decorations in stages. We employed some 400 craftspeople and artisans on their construction.”
David Minkowski, Stillking Films

The casting team lined up extras for Carnival Row Season 2 just as the first season arrived on Amazon Prime.

Locations around Prague and Liberec (which lent its main square to Spider-man: Far From Home) pop up throughout the series in various forms. For the most part, these Carnival Row filming locations are given a steampunk makeover in post-production.

Compare the Victorian stonework, clock and columns from the station Philo visits with Liberec’s Platform 3. All layered up with VFX, of course…
If you take the train for a bit of location spotting in the city, you can compare it in person.

The humans live in a world much like ours. In fact, the upmarket Burgue locations look exactly the same in real life and onscreen.

In the first episode, Cara Delevigne’s Vignette walks in elegant gardens during her brief stint as an indentured lady’s maid. The garden scenes were shot in the grounds of Prague Castle. The cloisters running along the perimeter belong to Queen Anne’s Summer Palace.

Like the Burgue's castle, Prague Castle is perched on a hilltop above the city. And it's not just world travellers who will notice - Marvel fans might recognise the view too. The city’s famous Charles Bridge bridge and old town acted as the backdrop for several key scenes in Spider-man: Far From Home.

Shots of the carnival, leading up to a major showdown, were filmed near the foot of the castle. Though like Carnival Row, the Spider-man movie padded its location shoots out with impressive sets and CGI.

Mountains of the Tirnanese Highlands

The Tirnanese Highlands location and the rest of the UNESCO-listed Bohemian Paradise Geopark are just an hour’s drive from Prague. But they are
Orlando Bloom and Cara Delevigne filmed scenes in the unusual Bohemian landscape in 2018.

The sandstone rock formation is every bit as fantastical as it seems onscreen.

Prachov Rocks are easily accessible, but the amenities don’t spoil the scenery. It’s one of those magnificent natural features that drops you right into the landscape – but it’s also got its own car parks and restaurants. There’s even a pram friendly route!

Facilities are seasonal though, so check before you visit this Carnival Row location.

Carnival Row’s Longerbane Manor filming location is the Frýdlant chateau, near the Polish border. The chateau is showcased in Season 1 Episode 4, and in real life it’s easily recognisable from the show.

Frýdlant Castle is the Liberec area like several other buildings used in the Amazon series.

It’s been opening its doors to the public since 1801, making Frýdlant the oldest castle museum in Europe. For comparison, it predates public tours of Buckingham Palace by nearly 200 years.

And you know what that means. You can visit this Carnival Row location – and learn some local history while you’re at it. Just check before you go, as the tour schedule varies.

The castle’s interiors have survived the turbulent 20th Century, so visitors can see the chateau at its finest. Most of the building you see onscreen dates back to the 16th Century Renaissance, and some of the original medieval walls still stand.

Later in the series, we head north west of Prague to Krnsko. Chateau Krnsko’s distinctive white walls and red brickwork stand out towards the end of Season 1. It’s in the scenes with Jared Harris’s Chancellor and Orlando Bloom’s Philo, as the mystery finally starts to unravel.

The manor adds another piece of Renaissance architecture to Carnival Row’s line-up, with a few Baroque touches here and there. It’s built around a courtyard, at the top of a hill, and beyond the walls the manor’s own parkland stretches into the distance.

And of course, it’s hidden by trees, just as it appears when we first glimpse it in Episode 8. Chateau Krnsko changed hands in 2018, so we’ll have to wait and see whether its new owners will allow it to continue its TV career.