Christmas in the Highlands Filming Locations 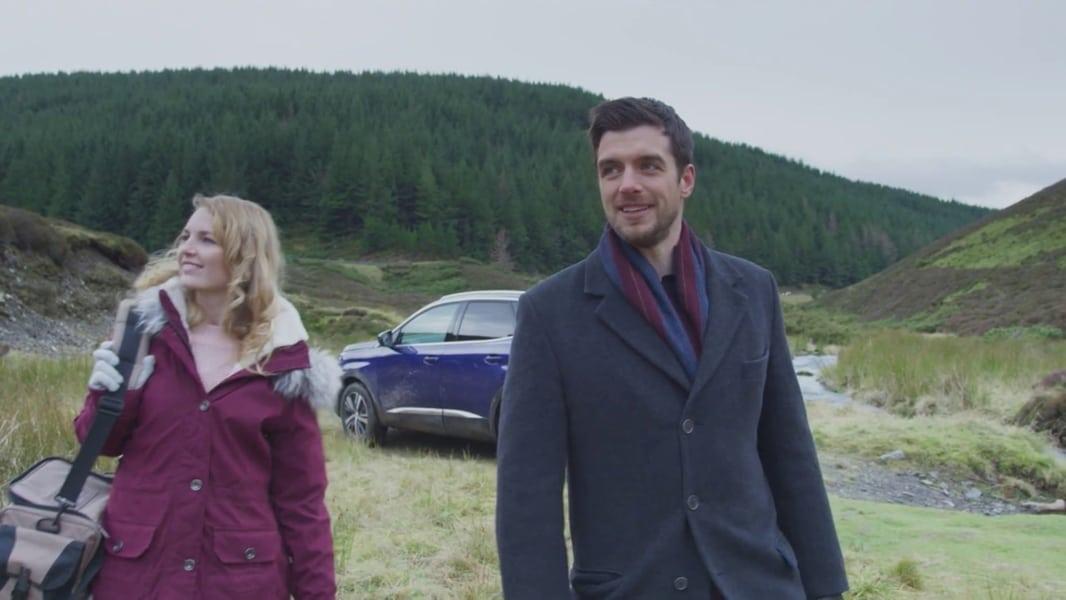 These are the real Scottish Christmas in the Highlands filming locations for Glenmorie Castle, Glenmorie Perfumery, Blair’s hotel and the Christmas market - including Glamis Castle, an Edinburgh craft gin distillery and a real reindeer herd.

Blair Henderson is sent to the Scottish Highlands to research the ‘Heart of the Highlands’ scent. She meets Alistair who developed the perfume, and the two grudgingly begin to get along against a beautiful Scottish backdrop.

Where in Scotland Was Christmas in the Highlands Filmed?

Christmas in the Highlands was filmed in the Cairngorms National Park, Glamis Castle in Angus, a Perthshire beauty salon and Edinburgh’s New Town. For the crew, the amount of location filming presented a real challenge.

“The script takes place over many locations so the issue we had was shooting these scenes across Scotland in a specific allotted amount of time.”
Andrew Kirkpatrick and Nhuri Bashir, Filmmakers

For viewers, it means we see authentic locations we can really visit. And unlike some movies set in Scotland we see towns and cities, beauty salons and high end chocolatiers, as well as the classic scenery and historic castles.

What Castle Was Used in Christmas in the Highlands?

Glamis Castle was used in Christmas in the Highlands, though in fact it’s on the eastern boundary of the Highlands region.

Other shots were filmed at Muckrach Castle in Grantown-on-Spey in Moray in the Highlands, near the Cairngorm mountains. And Castle Forbes in Aberdeenshire, seat of the Clan Forbes, was also used for filming. 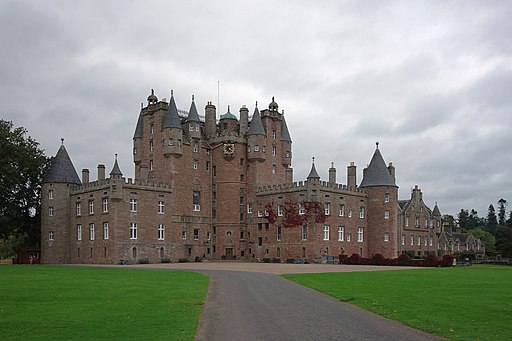 Glamis Castle. Spike, CC BY-SA 4.0
Glamis Castle is the real Christmas in the Highlands Glenmorie Castle location used in exterior shots. It’s the most instantly recognisable location in the movie, with its long driveways, clock tower and Baronial styling.

The Queen Mother born Elizabeth Bowes-Lyon, grew up at Glamis in the Scottish county of Angus. Home to the Earls of Strathmore, Glamis is said to be one of the most haunted castles in the country, and one of its biggest mysteries is tied to a room seen in the Christmas movie.

One corner of the stone-walled room is said to hold a secret room that can’t be opened, and the castle has long been rumoured to hide secret passageways and family mysteries.

“We were never allowed to talk about it when we were children. Our parents forbade us ever to discuss the matter or ask any questions about it. My father and grandfather refused absolutely to discuss it.”
Rose, Lady Granville

William Shakespeare, Sir Walter Scott and Charles Dickens were inspired to write about its spooky atmosphere – but that’s not the side we see in the movie. Instead, Glamis Castle shows its warmer side as the fairytale home of the Duke of Glenmorie.

And of course, this impressive Scottish castle isn’t short on roaring fires or sumptuous suites.

Blair’s hotel in Christmas in the Highlands is Moorfield Guest House in Braemar on the edge of the Highland Games park. The royal family attend the Braemar Gathering from Balmoral each summer, so this is a truly regal filming location.

We first see the hotel with its porch covered in fairy lights when Blair is dropped off by a Blacks of Brechin coach (a real, local coach company). Blair’s room and the hotel interior belong to the Moorfield Guest House guest house too.

It appears throughout the movie. The Moorfield House Hotel sign is visible in the background when she tries to get to grips with the video camera in the car park.

The real Glenmorie Perfumerie is Bailliefurth Farm Shop in Nethy Bridge in the Cairngorms National Park and Pickering’s Gin distillery in Edinburgh.

Bailliefurth Farm Shop shop is near Carrbridge and Loch Garten, around halfway between Grantown-on-Spey and Aviemore. And as you might have guessed, you’re more likely to find local deli food than perfume here.

Alistair and Blair are standing in front of the main entrance on Station Road. You can see Bailliefurth Farm Shop’s forest green window frames and fence, which conveniently match the green Glenmorie Perfumerie signage added by the production team.

Beyond the trees, you would find the River Nethy on the other side.

Instead, we follow Blair inside. Once she steps through the doors, she’s actually in an Edinburgh distillery. This part of the Glenmorie Perfumerie is Pickering’s Gin in Summerhall, on the southside of Edinburgh.

So those diamond-embossed barrels don’t actually hold ‘Heart of the Highlands’ perfume after all, they’re Central Belt craft gin. You can buy Pickering’s Gin made in the same distillery and even book a tour, if you want to visit this Christmas in the Highlands location.

The beauty salon from Christmas in the Highlands is Thistle and Orchid in Pitlochry, just south of the Cairngorms National Park.

In the scene, Kirsten prepares for the ball at Thistle and Orchid, and we see the exterior of the salon on a high street. Both the interior and exterior belong to a real family-run beauty salon with local and Thailand-trained staff in the centre of town.

You can even book a chocolate tasting just like Christmas in the Highlands!

Artisan single origin chocolate and award-winning truffle flavours are on the menu. Iain Burnett’s network of luxury and artisan services in the area means you can combine your chocolate tasting with a short break fit for a duke or duchess.

Visitors can see the reindeer in a paddock at the Cairngorm Reindeer Centre or trek over the hills with staff to visit the herd. It’s only a short distance from the other Christmas in the Highlands filming locations at Nethy Bridge and Grantown-on-Spey.

Regent Terrace. SylviaStanley, CC BY-SA 3.0
The American Consulate Blair visits looks like it’s the real one in Edinburgh’s Regent Terrace. We see the street and the entrance briefly in the sequence, when Alistair helps Blair get a new passport after the reindeer takes her bag.

Regent Terrace is part of the New Town, so Blair and Alistair could easily walk from here to the Christmas Market. This is a nice accurate bit of movie geography.

The Christmas in the Highlands filming locations for the Edinburgh sequence are all real Edinburgh festivities. Blair and Alastair decide to make the best of their unexpected trip to Edinburgh with a visit to the Christmas market. They even catch a glimpse of the Edinburgh Castle fireworks.

The double-decker carousel they ride on and market stalls the stop at have featured at Edinburgh’s Christmas in Princes Street Gardens. With a break in 2020, of course.