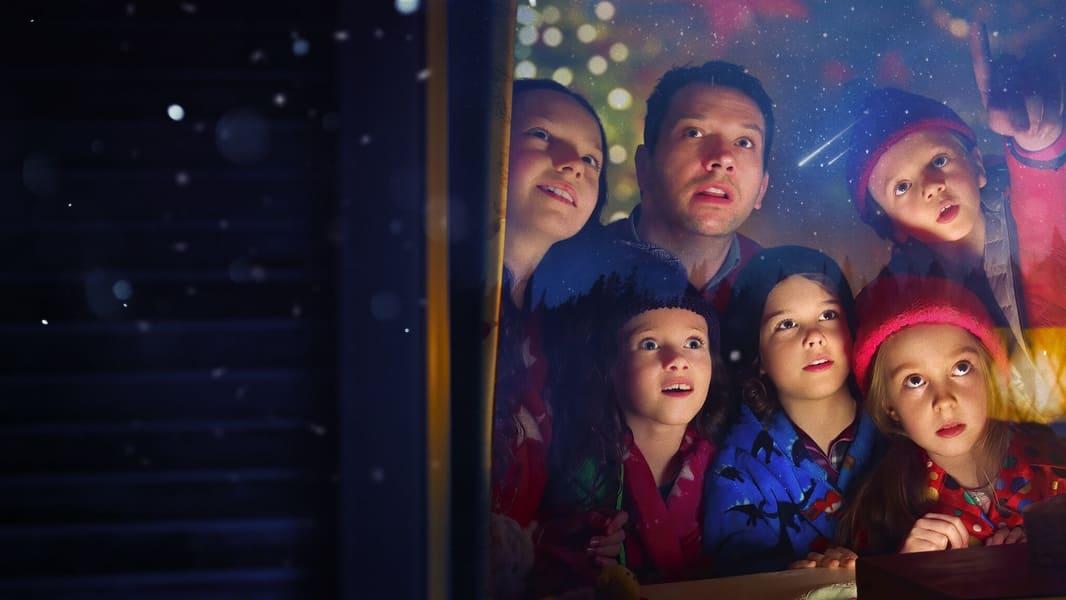 Encouraged by the kids’ grandma (Carolyn Pickles), the family set off for Cobbledon in the Cotswolds.

They quickly learn to love life on Mistletoe Farm with their new flock and outdoors lifestyle. That’s not all though. As soon as they start to settle in, they discover that they’ve inherited an important local tradition – responsibility for the village Christmas tree!

Luckily Beano (Scott Paige), Miss Womble (Celia Imrie),Miss Ashley (Kathryn Drysdale), Miss Nerris (Sydney Isitt-Ager) and the rest of the community are on hand to show them how Christmas is done in Cobbledon. The cast also includes kids from the Midlands and surrounding areas.

Where Was Christmas on Mistletoe Farm Filmed?

Netflix’s Christmas on Mistletoe Farm is the new Christmas movie from Nativity writer Debbie Isitt. And like the Nativity movies, the 2022 release was filmed on location in the West Midlands.

Nativity was filmed in Coventry, with the later movies in the Nativity series adding more locations, but always featuring their Coventry hometown. Nativity 2: Danger in the Manger featured scenes at Warwick Castle and the National White Water Centre by Bryn Mawr in Wales.

London City Hall. Garry Knight, CC BY-SA 2.0
Look out for several London landmarks in the opening shots of Christmas on Mistletoe Farm. If you want to drop in on the London sites seen on the film, they include Tower Bridge, the Natural History Museum Ice Rink and Norman foster’s City Hall building in Southwark.

Sadly it looks like the Natural History Museum Ice Rink has closed after a 16-year run. The gardens it usually takes over are being turned into an urban rewilding area, letting nature find a home in the city.

She is seen stepping out of a car near the Brindley Place Fountains, and walking up the steps towards the office building. You can just about see the Costa in the middle of the square as Ms Fletcher walks towards the lift to the board room.

The farm in Christmas on Mistletoe Farm is in North Oxfordshire – though the exact location is off the beaten track. Film Warwickshire came close to hosting the Netflix Christmas film, but ultimately the honour went to the neighbouring county.

In the film, we see several of the indoor and outdoor areas of the farm, including the barn where the Cunningham children learn to look after the animals. And it looks like the cast and crew got to know the movie’s animal actors too. Debbie Isitt shared a picture from the barn as filming wrapped – with one of the film’s snugglier cast members joining her.

We think Cobbledon in Christmas on Mistletoe Farm is in or around the Cotswolds. The Cobbledon’s village pub is a thatched building with what looks like Cotswold stone walls, matching the area’s architectural style. In the movie, this is where the family meet knitting enthusiast Miss Womble, Miss Nerris and the rest of the villagers.