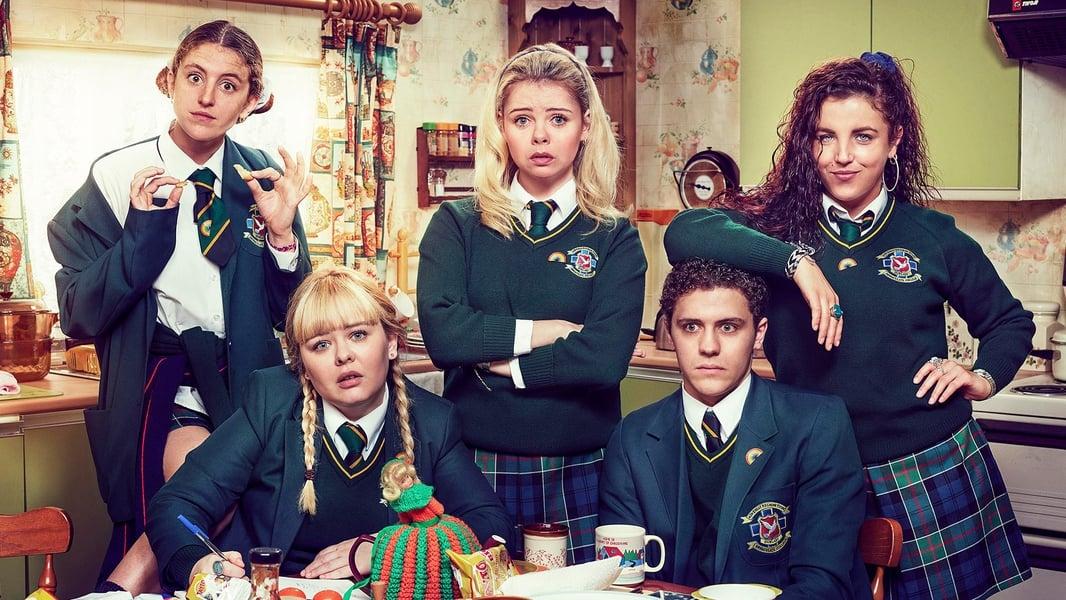 The Channel 4 comedy is set in Derry, and filmed between locations across Derry and Belfast. Several old favourites have returned for Season 3 and they’re joined by some quirky new locations.

Where Was Derry Girls Filmed? 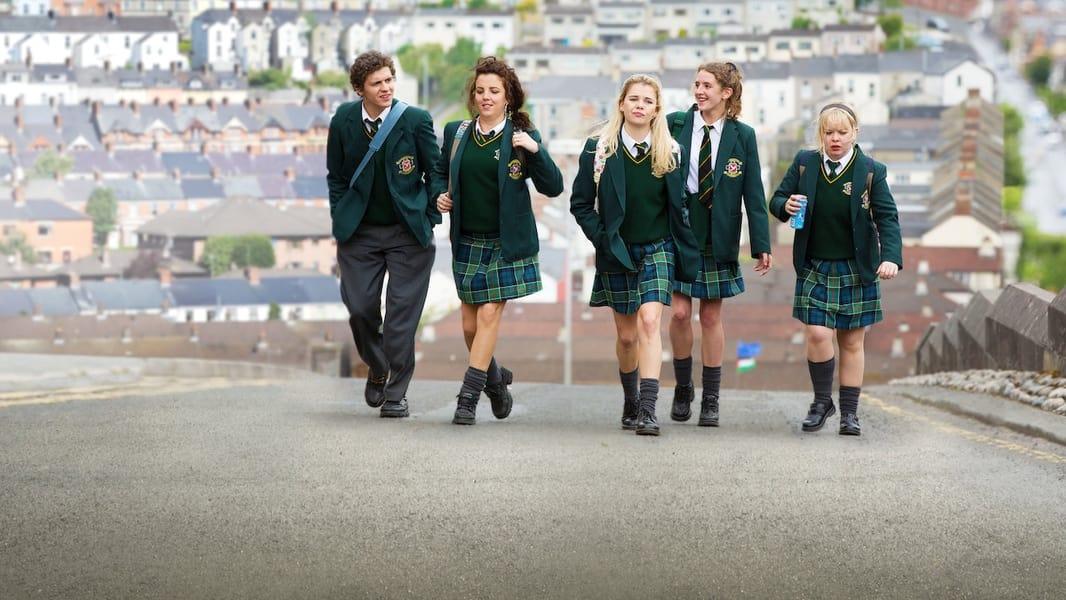 With so many episodes centring on the girls’ everyday adventures, many of the locations appear time and again. Season 3 was filmed in November 2021, with the Derry Girls cast and crew returning to Bogside for the final episodes. But there are a few new locations for Season 3 to look out for too.

If you’re visiting Derry or Belfast, look out for Derry Girls tours for extra details and real-life background info on the locations from the series! And don’t miss the Derry Girls mural – find out where to see it after our run-down of locations seen in the Channel 4 series.

Visit Derry confirmed several of the streets used in the show, including Orchard Row where the girls chase Toto in Episode 1. https://www.visitderry.com/derry-girls Their runaround ends with Erin and friends finding a novel way to get out of sitting their exam – and a shocking discovery about Toto the dog. 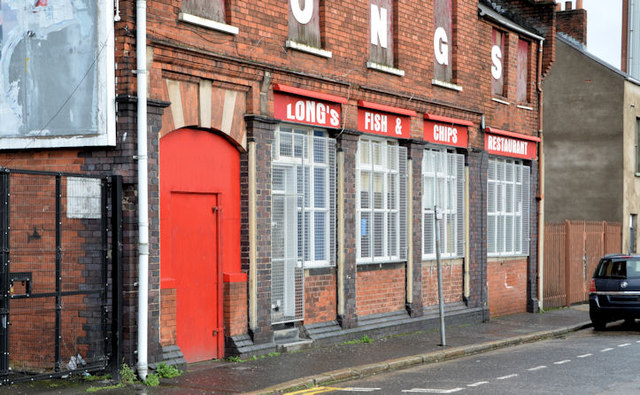 Long's chippy, Belfast (February 2014)
cc-by-sa/2.0 - © Albert Bridge - geograph.org.uk/p/3859095
The real Fionnuala’s Fish and Chips is John Long’s in Belfast, a century-old chip shop. It first opened its doors serving workers in the shipyards and factories of Belfast, but these days it’s an institution attracts locals and tourists alike.

The sit-in chip shop used in the series is Brennan’s Chippie in Belfast. Look out for it in Season 1, when the girls host several exchange students, briefly resulting in an unlikely romance. Brennan’s Chippie have more than one claim to fame though, with Rihanna visiting to shoot a music video in the area.

The location where the Good Friday Agreement is celebrated in Derry Girls is Limewood Street. It’s another location that’s been confirmed by Visit Derry, and again it’s one that appear in a range of other scenes.

Smithfield Market, Belfast. Ardfern, CC BY-SA 3.0
The shopping centre where the Derry Girls friends shop for prom dresses is in Smithfield Market, Belfast. In the Season 2 prom episode, the girls try to befriend new girl Mae (Aoife Hinds) by bringing her on their shopping trip. Michelle buys their dresses with her mum’s card from a boutique in the mall, planning to return them after the school dance.

Derry does have a shopping centre with a similar look, but unlike Smithfield Market, the chain stores’ branding is more distinctly modern. If you visit the shopping centre from Derry Girls, you’ll find independent boutiques as seen in the episode.

Dennis’s Wee Shop was part of Bogside Shops off Westland Street in Derry, but you can no longer visit it. The Derry Girls shop was a real unit sitting near the Bogside Inn for a long time. It was demolished last year, along with the rest of the block, to make way for a planned new development.

Throughout the series, you can catch a glimpse of the River Foyle which runs through Derry. Look out for it the background of driving scenes and shots of the girls walking from place to place.

There are currently three bridges where you can cross the River Foyle in Derry (and one beyond the city) – but the bridge where we see Erin, Orla, Michelle, Clare and James is not one of them.

Look out for the Derry Girls bridge location, the Third Bridge, several times between Season 1 and Season 3. The girls are seen working out their plans and misadventures at the end of the Third Bridge itself and along the bank nearby. You can visit the Third Bridge but you can’t cross it, and here’s why...

It was constructed in the Victorian era to cross the Derry to Belfast railway line. But by the early 2000s, the bridge was converted into an art installation. As part of the project, each end of the bridge was preserved, while the central connecting section was removed.

At the time of construction, there were two functional bridges spanning the River Foyle within Derry. The real third bridge, the Peace Bridge, was built a decade after the art installation.

The Burt taxi booking office in Derry Girls Season 2 is the Wee Store in Ballyhoran. In the episode, Granda Joe (Ian McElhinney) and Da Gerry (Tommy Tiernan) take a convoluted journey to track down the US President during his visit.

Meanwhile, the girls write to invite Chelsea Clinton to hang out with them while she’s in town. When that falls through, they head to the Guildhall to see Bill Clinton’s speech in person. Unfortunately for the dads, they’ve mistaken a taxi booking office’s radio conversations for Clinton’s Northern Irish security detail.

Derry Guildhall. Udit Kapoor, CC BY-SA 4.0
Derry Girls’ Guildhall Square scenes were filmed at the real Guildhall Square visited by Bill Clinton in the 90s. The US President’s visit to Northern Ireland isn’t the only time we see Guildhall Square in Derry Girls. Apart from the friends’ emotional scenes with James, during the same episode, it appears in street scenes throughout the series.

Filming in Guildhall Square and Shipquay Street caused controversy at times, with the busy shopping area closed to customers for the duration. But the attraction of showcasing real Derry locations was a big draw.

And this is a returning Derry Girls Season 3 location, with the cast and crew returning to the area one last time, in 2021.

Derry Girls Season 3’s funfair scenes were filmed at Barry’s Amusement Park, now Curry’s Fun Park Portrush. The cast were among the last visitors to make use of the fairground attractions before the park closed its doors with a question mark over its future.

But it’s now been reopened under new management, led by the owners of Curry’s Fun Park in Salthill, Co Galway.

The railway used in Derry Girls is the Downpatrick and County Down Railway, with Downpatrick station featuring. Former Northern Ireland Railways’ own 450 series trains were reportedly used in the scene, as covered by The Down Recorder.

Scenes were also filmed around the Foyle Valley Railway Museum, near the Craigavon Bridge, as part of the location shoot. 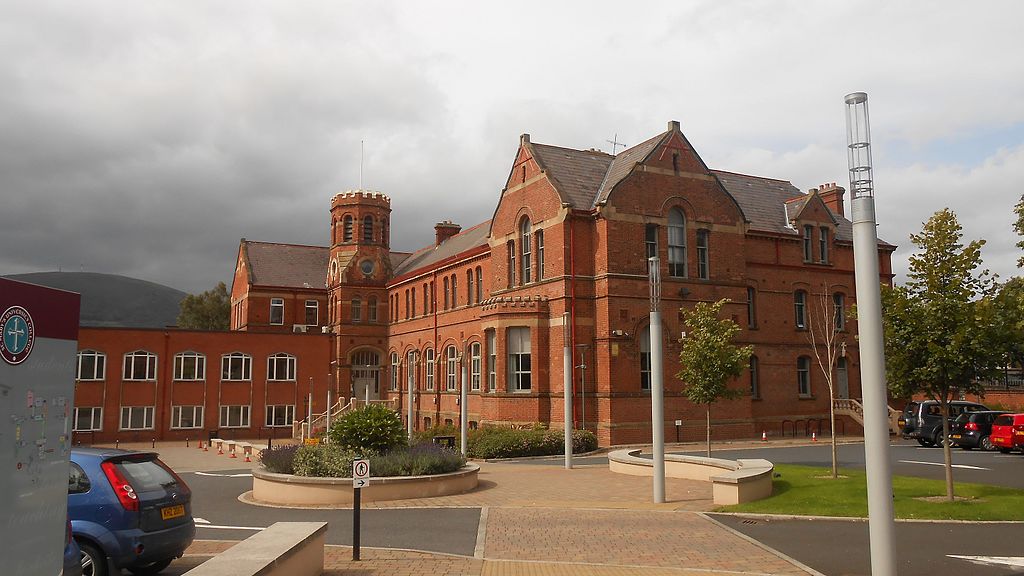 St Mary’s is a century-old college on the Falls Road, while Hunterhouse College is a girls’ grammar school on Upper Lisburn Road.

While both filming locations are in Belfast, it’s well-known that a school in Derry served as the inspiration for Our Lady Immaculate College. The Derry Girls school is based on the real Thornhill School on Derry’s Culmore Road.

As picked up on by the Irish Times, the real and fictional schools share the same motto, ‘adveniat regnum tuum’. The series’ creator, Lisa McGee, is a former pupil of Thornhill School.

You can visit the Derry Girls mural beside the Foyleside centre, and the historic Walls. It’s open air and free to visit!