Lars (Will Ferrell) and Sigrid (Rachel McAdams) idolise the annual Eurovision Song Contest. They put together their own act, Fire Saga, and make it through to the final round in Edinburgh – along with a line-up of typically over-the-top acts.

There’s even an authentic Eurovision staple in the send-up. Graham Norton brings his irreplaceable Eurovision commentary to Eurovision Song Contest: The Story of Fire Saga.

Where Was Eurovision Song Contest: The Story of Fire Saga Filmed? 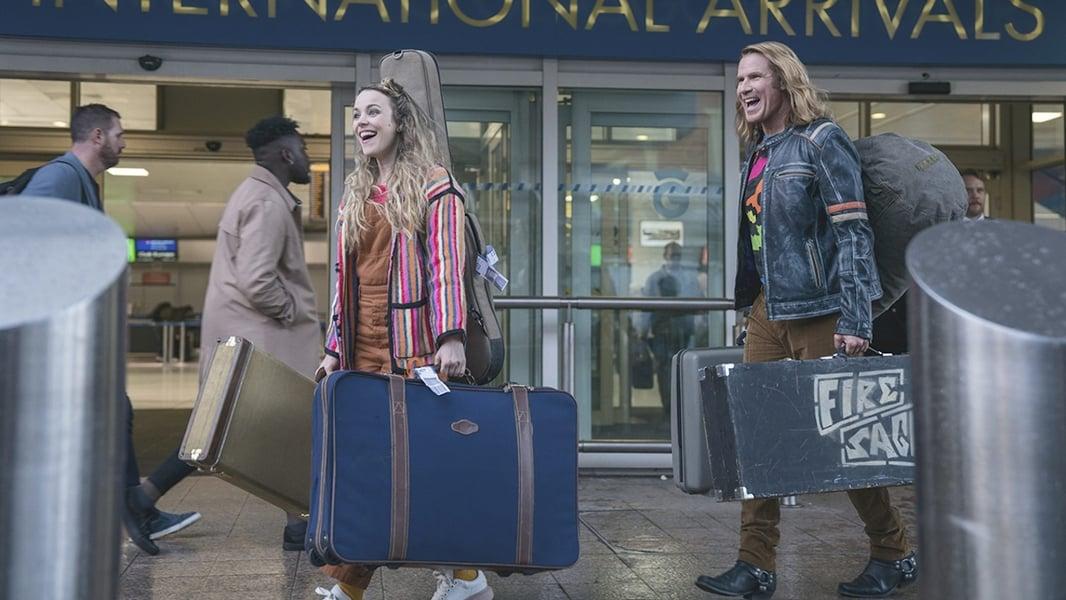 Eurovision Song Contest: The Story of Fire Saga was filmed in North Iceland, at Calton Hill and Victoria Street in the Edinburgh World Heritage Site, and at the SEE Hydro in Glasgow.

In fact, Edinburgh hosted the real Eurovision Song Contest in 1972, with the big event taking place at the Usher Hall. It’s a short walk from several of the filming locations used in the Will Ferrell movie.

For the first time in decades, Eurovision Song Contest banners were set up around Edinburgh. Otherwise not much was changed in the city – apart from the addition of several tiny elf doors.

The SSE Hydro looks much the same as it does in real life.

Iceland was a similar story – the backdrop is true to life. But of course, there are plenty of comedy touches and elf influences that you certainly won’t find on any normal trip to the island.

And the locals’ verdict on the film’s authenticity? Will Ferrell’s Lars Erickssong doesn’t convince as an Icelandic name, but Rachel McAdams gets away with Sigrit Ericksdottir without raising an eyebrow.

Húsavík. Chensiyuan / CC BY-SA (https://creativecommons.org/licenses/by-sa/4.0)
In Will Ferrell’s Eurovision spoof, the Iceland scenes were shot on location in Húsavík, North Iceland. Eurovision Song Contest: The Story of Fire Saga doesn’t set out to represent Icelandic culture accurately in his Eurovision send-up, as you might expect.

Húsavík overlooks Shaky Bay and is known as the Whale Capital of Iceland. Northern lights brighten the sky from autumn to spring. And the town itself has plenty of pre-Eurovision history of its own.

Over a thousand years ago, the first house ever built in Iceland was constructed there by Swedish vikings.

The Story of Fire Saga’s Glasgow Airport scenes were among the last to be filmed, following on from the Edinburgh shoot. Look out for the International Arrivals exit and taxi rank, as well as a few interior shots from around the airport. 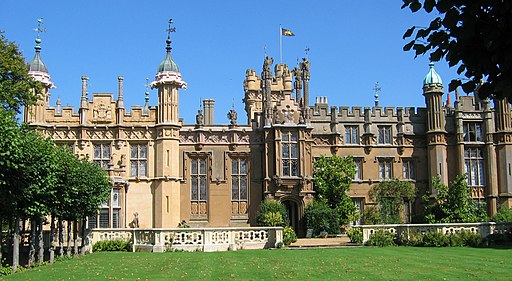 In the scene, Dan Stevens' character Alexander tries to lure Sigrid away from Lars, resulting in a star-studded singing battle.

If you can look away from all the Eurovision contestant cameos in the Story of Fire Saga scene, you might have noticed the opulent
decor...

Though some of the movie's scenes were filmed at Leavesden Studios nearby, those over the top interiors really do belong to
Knebworth. As a popular filming location (also featuring in Paddington 2, St Trinian's 2: The Legend of Fritton's Gold and Victoria & Abdul), the mansion was happy to see flashy Eurovision-style additions brought into the Gothic mansion.

Another of Eurovision Song Contest: The Story of Fire Saga filming locations in Edinburgh is the hotel the contestants stay at.

Lars and Sigrit's hotel is on Albany Street in Edinburgh's New Town. In the film, we see the Fire Saga singers arriving and leaving a
few times.

The Eurovision movie hotel location filming took place at the start of October 2019, just before the production moved to Glasgow.

The location is a good one - you really can stay at a hotel on Albany Street. Or nearby if you prefer, because a number of the New
Town's Georgian townhouses are now hotels and guest houses. It's a short distance from Calton Hill and Princes Street Gardens.

The area around the White Hart Inn in the Grassmarket was used for filming. The Grassmarket is in Edinburgh’s Old Town, with Edinburgh Castle towering above it.

Icelandic contestants Lars and Sigrit travel by taxi up Victoria Street towards George IV Bridge. Turning right would lead straight to The Elephant House where JK Rowling wrote some of the Harry Potter novels.

Turn left and you’re instantly on the Royal Mile that leads up to Edinburgh Castle.

Edinburgh Ross Fountain. Kim Traynor / CC BY-SA (https://creativecommons.org/licenses/by-sa/3.0)
The fountain surrounded by Eurovision banners where we see Lars and Sigrit is the Ross Fountain in Princes St Gardens. Will Ferrell and Rachel McAdams' characters talk by the side of Edinburgh's Ross Fountain

Edinburgh’s Ross Fountain is part of the furniture in the city now, but it was actually a controversial purchase. It came from the 1862 Great Exhibition in London, but the female figures were thought to be too indecent to display.

A restoration project was completed the year before Eurovision Song Contest: The Story of Fire Saga was filmed. The Will Ferrell comedy was probably far from the reason for the spruce-up, but it does make this spot even more elegant onscreen – in contrast to the colourful Eurovision contestants.

Calton Hill. Saffron Blaze / CC BY (https://creativecommons.org/licenses/by/3.0)
Shots of Lars and Sigrid looking out over Edinburgh from a bench were filmed at Calton Hill, instantly recognisable from the city’s skyline. And they’re seen riding Segways on the hilltop.

The elf houses were added specially for the film – as you may have guessed.

More views across Edinburgh were filmed for Eurovision Song Contest: The Story of Fire Saga at Arthur’s Seat, near the South Side of the city.

It’s a popular spot with tourists and locals – and Eurovision contestants, evidently.

Newhaven isn’t an obvious tourist hotspot in the historic city, though it’s just next door to the permanent home of the Royal Yacht Britannia.
You can still see signs of its seafaring heritage, though now it’s sharing space with a sports centre and local eateries.

It’s home to several restaurants, and is walking distance from Leith’s own eateries like Michelin star holder The Kitchin.

SSE Hydro. Daniel from Glasgow, United Kingdom / CC BY (https://creativecommons.org/licenses/by/2.0)
The Story of Fire Saga’s Eurovision Song Contest final was filmed at the SSE Hydro in Glasgow. Look out for the arena in the Eurovision performance scenes, and exterior shots of the Hydro lit up in Eurovision colours.

If you go to concert there, you’ll find yourself opposite the same stage, with seating that extends high above it.

The team also filmed at the real Eurovision Song Contest 2019 in Tel Aviv. Rachel McAdams and Will Ferrell shot scenes at the dress rehearsal prior to the final event.