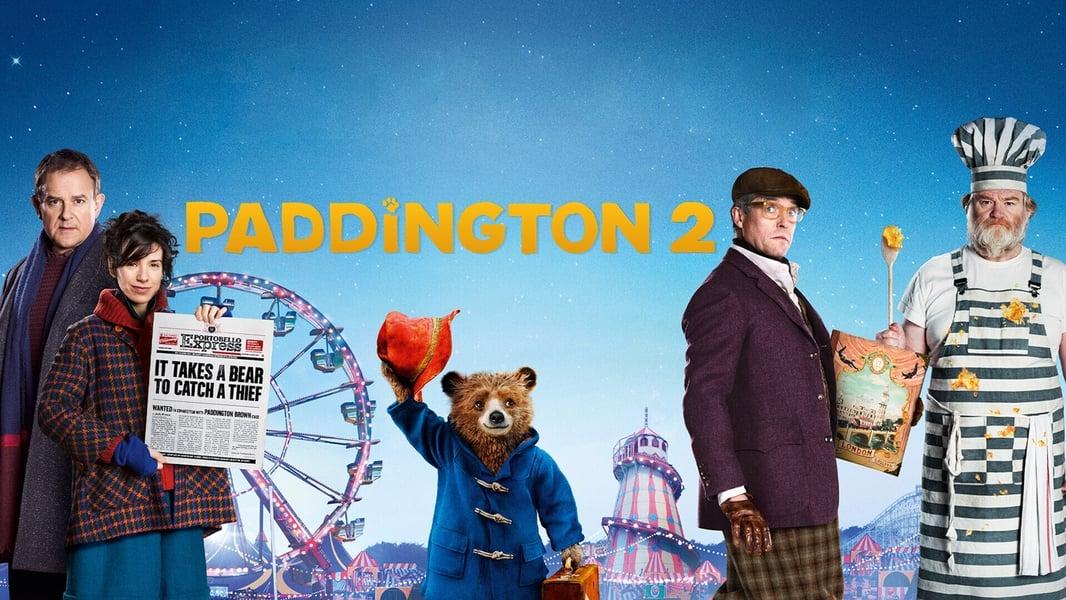 Paddington 2 was filmed around the UK throughout late 2016 and early 2017. The cast and crew popping up in Paddington’s literary home of London and further afield, surprising residents with glimpses of Hugh Bonneville, Hugh Grant and even the bear himself.

Where Was Paddington 2 Filmed?

Paddington 2 was filmed in Primrose Hill, along Camden’s canals and on Portobello Road. Action-packed (and marmalade-filled) scenes were also shot at two historic jails, several London landmarks and on railway lines across England. Not at all bad for a little bear from darkest Peru.

LOCATIONS MAP:
View all the locations plotted on our Paddington 2 Location Map
MORE ON PADDINGTON:
Paddington Filming Locations: A New Bear in Town

Michael Bond was inspired by London’s evacuees and refugees when he created the polite little bear, and was working at BBC Television Centre in White City – on the doorstep of the Browns’ fictional residence, 32 Windsor Gardens.

Its exterior filming location can actually be found in the chic North London locale of Primrose Hill, and as of November 2017 you could live in Paddington’s house if you’re quick… and you have £3.5 million to spare.

Situated on a crescent that’s as picturesque as it looks onscreen, the house’s décor is decidedly more down-to-earth but with the addition of a quirky mural in the stairwell it could be transformed into Paddington’s unique home.

An earlier version of the script ended with a Christmas street party, so while we saw more of Paddington’s London home in the second film we could have been in for another treat – and so could locals. The crew made sure to invite local school pupils to visit the set and encourage Camden Roundhouse trainees to join them onset for paid work experience, but had the street party scene gone ahead, the plan was to let residents join in as extras.

This time, as well as spending longer on Paddington’s street, we see the bear and the Browns walking around London as they visit the local newspaper stand, put up ‘have you seen this man’ posters, and later in the film find a dilapidated phone box just when it’s needed most.

London’s Clerkenwell provided a labyrinth of old lanes and squares for these location shoots: Jerusalem Passage and Clerkenwell to the east; St John’s Square with its trends eateries and red brick church; and Rosebery Avenue which runs up from an artsy corner of Clerkenwell road towards Islington.

The area’s blend of trendy venues and Dickensian ambience makes it interesting to visit, and of course that combination of offbeat and traditional is totally in-keeping with Paddington’s spirit. If you’re quick you can catch a behind the scenes look at Paddington 2 at the Museum of London nearby, but if you miss it you can still catch a glimpse of the mid-20th Century capital that inspired Michael Bond.

Alice’s Antiques at 86 Portobello Road again provides the location for Mr Gruber’s Antique Shop. Like its movie alter ego, this shop is a veritable treasure trove even without the sought-after “popping book”.

Fans of Disney’s Bedknobs and Broomsticks will remember that the song Portobello Road which was set (though not filmed) at the market, but if you want to take a stroll around more London markets seen onscreen we know a few places…

The enterprising little bear is seen washing windows across London, ending up at the height of his career we see him conquer The Shard by pulley.
You can ride to the top for an admission fee, and see those spectacular panoramic views for yourself without the need for a bucket of soapy water. Unfortunately we can’t promise that Paddington’s calypso band will make an appearance.

In January 2017, Paddington popped up in London’s Camden on a night-time shoot, a stone’s throw from the filming location used for the Browns’ house. Onscreen, he is seen chasing the burglar along a canal, which actually lies just alongside Camden Market. The scene moves pretty fast, but you might just recognise the waterway with its low bridges once you know what you’re looking for.

Visitors can find all manner of stalls in the vibrant, trendy market above, including a plethora of stalls selling street food from around the world. To follow in Paddington’s pawprints, take a walk along the paths or you can even take a Waterbus to Little Venice for the inside track on some of London’s hidden gems. 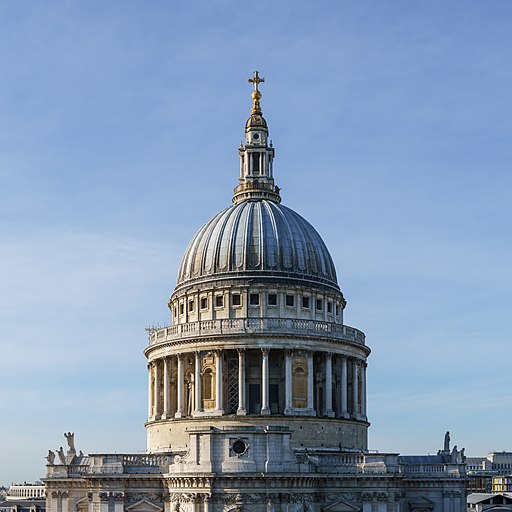 St Paul's Cathedral was built in its very earliest wooden form in the year 604, by a monk sent from Rome. Over the next one and a half millennia, it was destroyed by Vikings, damaged repeatedly and burned to the ground on several separate occasions and every time it was rebuilt on a grander scale. After the Great Fire of London, Sir Christopher Wren famously designed the building we see today.

The version of St Paul’s you see onscreen is really the Cathedral itself. For the first time ever, St Paul’s was completely closed for filming, surprising even the Paddington 2 team.

As seen in Paddington 2, it’s filled with not only religious treasures such as statues and artwork, but also rare architectural features. In the heights of the Cathedral’s dome, the whispering gallery is reached by 259 steps – and it is indeed open to the public.

Entry charges apply, and check before you travel as religious services and maintenance work can mean closures, although sometimes an alternative route is provided (you might even get to access a ‘secret’ part of St Paul’s on the detour).

This Paddington 2 filming location is set to earn a special place in readers’ hearts with the posthumous release of Michael Bond’s final book, entitled Paddington at St Paul’s. Scheduled to arrive on shelves in 2018, the author completed his final adventure with the little bear shortly before his death with a story about a typically endearing mix-up at the London landmark.

A suit of armour isn’t all it seems, as Hugh Grant’s villainous Phoenix Buchanan pops up at Tower Bridge on the next stage of his treasure hunt. The bridge’s distinctive peacock blue is visible outside the windows in the background.

Visitors can go up to Tower Bridge’s hidden rooms and special displays, as well as seeing London from a completely different perspective. If you’re feeling even more daring than Phoenix, you can cross the Glass Floor for an uninterrupted view down from 42 metres above the Thames.

Once things have taken a turn for the worse, we see Paddington behind bars in a prison without bedtime stories and marmalade sandwiches. Shepton Mallet Prison in Somerset provided the stripy-suited setting for the establishing shots, and you will probably recognise the building from the film.

Built in the early 1600s, the prison was in operation until 2013 – by which point it was the UK’s oldest working prison. It held everyone from local small-time criminals to the Krays and WWII military prisoners, but its strong walls were also turned to another purpose - storing precious documents including the Domesday Book and Magna Carta during the Blitz.

You can take a self-guided tour of the corridors and cells any day of the week, with guided tours available at certain times. As with other locations, check your dates before travelling as the prison closes to the public during filming.

Braver visitors might want to try a Haunted Happenings tour of the prison’s darker side, and with a 400-year history it’s not hard to imagine that those walls could tell many tales. Definitely no jailbird bake-offs to see here.

Kilmainham Gaol Museum in Dublin provided cell block locations for interior shots. Its Victorian East Wing stands out onscreen for its distinctive panopticon design. The gaol’s past is turbulent and deeply associated with both the difficult Union and consequent nationalism. It opened and closed almost concurrently with the dates of British rule and held a number of rebellion leaders over the years.

Since its closure almost a century ago, it fell into disrepair until a team of volunteers brought it up to visitable standards, preserving it as a monument and a means of sharing its story. Today, the gaol and courthouse are open to the public year-round.

London’s Paddington Station returns as itself for the second instalment of Paddington’s big screen adventures, with the characters running in through the entrance and towards the waiting funfair coaches.

Deutsche Bahn’s DB Cargo UK provided the trains seen onscreen, first glimpsed at Paddington Station before playing a major part in the high speed chase.
Madame Kozlova’s funfair train is made up of a DB Cargo UK Class 66 and FYA train set, designed for freight. The Brown’s commandeered steam train is a 60163 Tornado at Paddington Station, with a Belmond British Pullman taking over the role once the trains are out in the open country.

As the steam-powered chase picks up, we see the trains power through the Cumbria countryside at Ullswater. In reality, it takes three hours to reach the area from London – ideal for a Paddington-inspired mini-break, although you’ll probably find yourself leaving from Euston station.

Hugh Grant was spotted on location around Yorkshire’s Bilton Lane, Bilton Woods and Bilton Beck Bridge during filming, and then at the nearby viaduct. The railway line running along Yorkshire’s Nidd Gorge Viaduct features in a particularly action-packed sequence.

Following in the tradition of great railway chases, the resulting viaduct scene really looks the part, although it wasn’t achieved without a bit of inconvenience – the popular local walking and cycling route was closed during filming.

The mystery of Madame Kozlova (played by The Crown’s Dame Eileen Atkins) comes to Paddington’s corner of the world when he, the Browns and Mrs Bird visit her travelling fair. The fair was put together for the production, with fairground supplier Ian Hunt of UK Gallopers supplying carousel horses and other custom props. Although you can’t visit it in reality, you can find his work in a few other places.

But you can certainly visit the estate where the scenes were filmed – and while it may not have a resident fairground, they do have a rather exciting dinosaur trail and adventure playground.

Knebworth House and its grounds have featured in countless movies over the last few decades, with its gothic exterior popping up in many guises – this time, its open spaces were transformed into a glowing fairground. Hundreds of extras flooded the park after dark for the scenes.

Trish Washer, the house’s operations manager, was delighted to host the well-mannered Peruvian bear and his family, saying that the “first film was a true delight to watch and we jumped at the opportunity to be involved with the second one”.