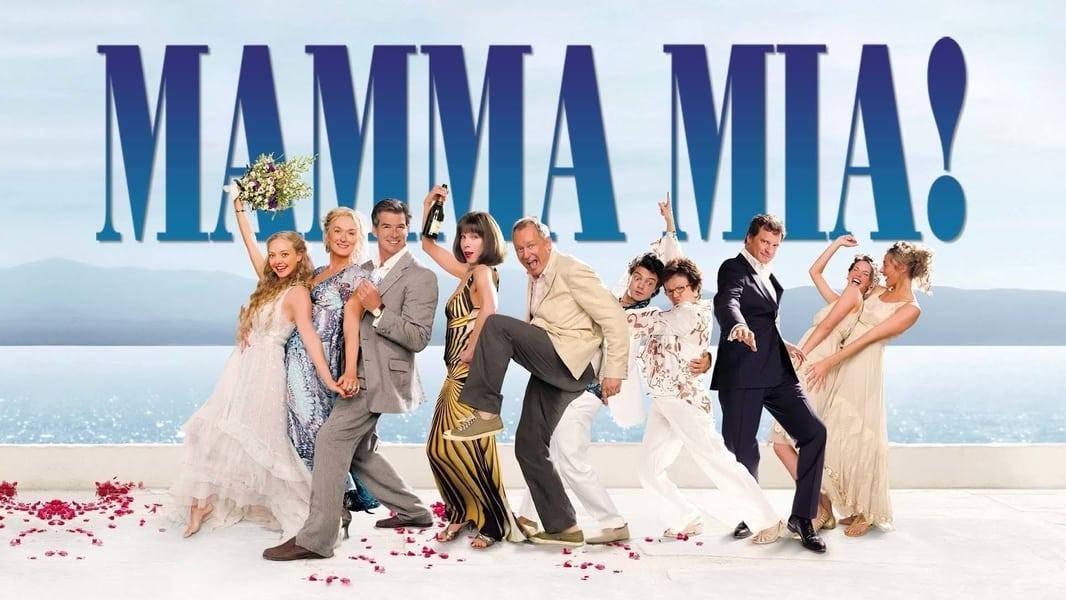 Mamma Mia! is all about the ABBA soundtrack, bringing the Swedish band’s timeless back catalogue into another story. But as we all know the movie isn’t just a love letter to Sweden – it’s Greece’s turn in the spotlight.

Villa Donna was built on set but you can find almost everything else on location around the Aegean Sea.

Where Was Mamma Mia! Filmed?

Mamma Mia! was filmed at Pinewood Studios and Shepperton Studios on the outskirts of London were used for interiors, including the 007 Stage – fitting for a movie featuring former James Bond actor Pierce Brosnan. 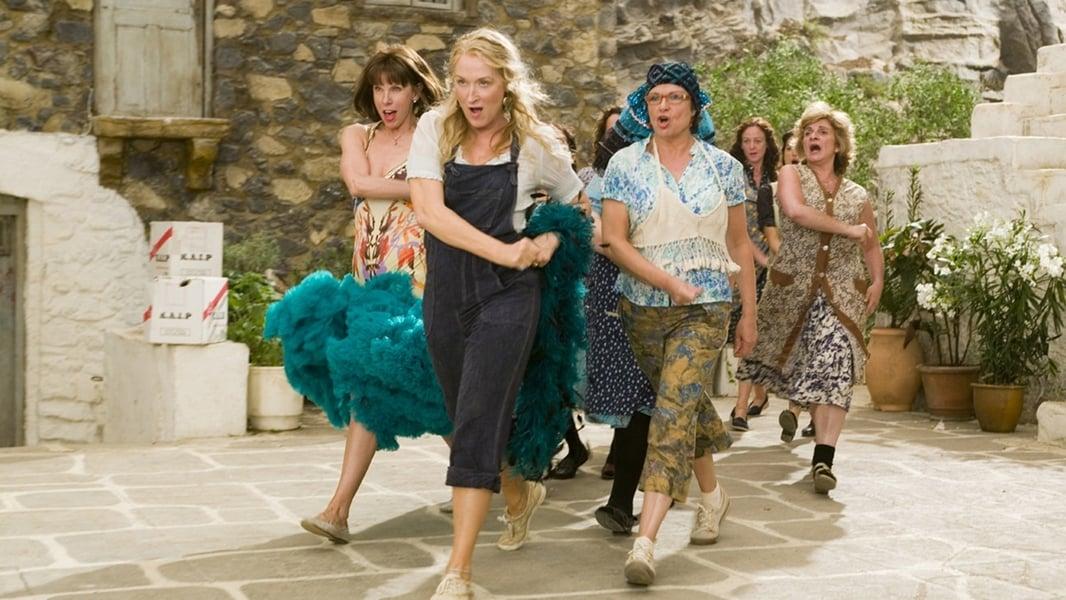 But some of the most iconic Mamma Mia! scenes really were filmed in Greece – a couple of spots are found on the mainland but most were filmed on Greek islands, including the ‘real’ Kalokeiri. And when we meet Sophie’s dads we see a couple of UK destinations onscreen as well.

Pierce Brosnan’s character, Sam, is seen running down the steps outside his office before hopping into a yellow taxi.

You’re more likely to see a London cab at Sam’s office filming location – this office scene was filmed at the Lloyd’s of London building near Leadenhall street. Inside and out, it’s a maze of steel, concrete and glass that could easily blend in alongside NYC’s skyscrapers.

Colin Firth’s character, Harry, leaves his London home and gets into the car waiting outside. Unlike Sam, this dad is in the right city – Harry’s house location is in Little Venice.

This picturesque neighbourhood is, as you may have guessed, characterised by its canals which lead to Camden Lock (recently seen onscreen in Paddington 2).

Skiathos Harbour. By Wisniowy [GFDL (http://www.gnu.org/copyleft/fdl.html) or CC BY-SA 4.0 (https://creativecommons.org/licenses/by-sa/4.0)], from Wikimedia Commons
Rosie and Tanya catch the ferry to visit Donna and Sophie – later Sam, Harry and Bill try with varying degrees of success to reach Kalokeiri from a harbour on the mainland. The Mamma Mia! harbour filming location is actually the port of Skiathos, in the north of the Aegean Sea.

This Greek island has been a popular holiday spot since the 1960s and remains fairly traditional, with some tourist bars only opening in the summer months and the sea turning chilly from autumn to spring. Though of course the scenery is stunning all year round.

Skopelos is the ‘real’ Kalokeiri Island – and it’s right beside Skiathos, making that boat journey completely plausible. The town of Skopelos is the filming location for the scene where Sophie sends invitations to her three potential dads.

Villa Donna was constructed on set in the UK, but the villa’s entrance location is Glysteri Beach. It’s a pebble beach just a little to the north of Skopelos town.

In reality, Skopelos is as picturesque as it looks onscreen with white-walled villas climbing the hillside. The island’s principal town is also one of the most accessible spots, with other stunning filming locations perched around the island. Sophie and her friends read Donna’s diary in the island’s remote forests, high above the town.

Amanda Seyfried and Dominic Cooper’s duet Lay All Your Love on Me was filmed on the Skopelos Island’s Kastani Beach on the southwest coast.

Christine Baranski’s Does Your Mother Know scene was shot at the same beach (the bar was specially constructed for Tanya’s big number, but there really is a Kastani Beach Bar if you want to sip drinks by the sea like Donna’s pals).

The Dancing Queen sequence was filmed further afield at Damouchari Beach on the Greek mainland. Like Skiathos and Skopelos it’s on the blue waters of the Baltic Sea.

Ekklisia Agios Loannis . By Vangelis Beltzenitis, Photographer Greece (Mamma Mia on Skopelos Photos) [CC BY-SA 3.0 (https://creativecommons.org/licenses/by-sa/3.0)], via Wikimedia Commons
The interior of the wedding chapel was also a studio set. But the magical-looking exterior shots and Meryl Streep’s The Winner Takes it All number were filmed on location.

We’re back on Skopelos again – the beautiful Mamma Mia! chapel filming location is Ekklisia Agios Loannis near the north of the island.
Translated as the Chapel of St John, this tiny church’s origins are steeped in legend – it’s said that a resident was given a sign that prompted the community to make a path to the remote spot, carving the steps out of the rock as they went.