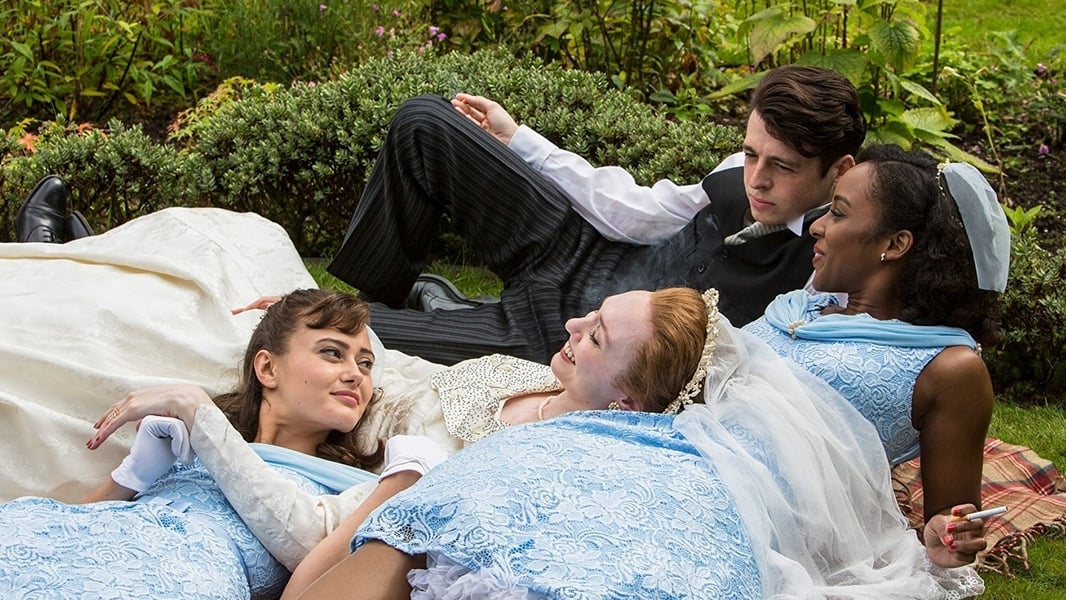 The BBC’s 2018 Agatha Christie adaptation takes us to Sunny Point, home of the Argyll family who are about to be shaken by a murder and the accusations that follow. Anna Chancellor and Bill Nighy lead the cast as heiress Rachel and her husband Leo Argyll.

Includes updated locations from Episode 2 including street scenes, the railway and the churchyard

After Rachel in murdered in the family home, suspicion falls on her adopted son Jack Argyll, played by Anthony Boyle, but the matter is far from resolved for Leo and his children. Alice Eve, Crystal Clarke, Christian Cooke, Ella Purnell and Eleanor Tomlinson play the siblings caught up in the aftermath. Morven Christie joins the cast as the housekeeper, with Luke Treadaway as Dr Arthur Calgary.

Like the first two Agatha Christie adaptations in the annual strand, all written and produced by Sarah Phelps, this is a rather grown-up adaptation of the standalone country house mystery.

In an earlier adaptation by ITV, Ordeal by Innocence was repositioned as part of the Agatha Christie’s Marple series, adding the cosy crime heroine to the mix in the form of Geraldine McEwan.

But without a beloved detective at the heart of this murder mystery, all bets are off – any one of the house guests could equally be the murderer, or meet a sticky end at any moment.

Where Was Ordeal by Innocence Filmed?

As in so many great Agatha Christie tales, a country house setting locks the characters together.

While ITV’s Miss Marple adaptation was shot at Buckinghamshire’s Nether Winchendon House (a Gothic manor framed by elegant arches and topped with distinctive chimneys) the 2018 BBC murder mystery finds a home for the Argyll family on the West Coast of Scotland.

It’s a very appropriate choice. The 2018 miniseries Ordeal of Innocence was filmed at Ardgowan House in Inverkip, a coastal spot about 30 miles from Glasgow - and just a stone’s throw from the Argyll and Bute region, where the surname originates.

The present house and its parkland setting were both completed just before the end of the 18th Century, with the Palladian stately home standing in the middle of grounds landscaped by James Ramsay. As you might have guessed, these picturesque surroundings have proved popular with film crews over recent years.

In 2016, the cast and crew of Jonathan Creek set up shop on the Ardgowan Estate and in nearby Valley Park to film the Christmas special Daemons’ Roost.

Alan Davies’ detective often pays a call to isolated mansions, but less predictably, the house played a prominent role in sitcom Still Game. It was the setting for a country house mystery with a typically Craiglang twist in the Series 6 episode Fly Society.

Ordeal by Innocence On Location at Ardgowan House

The Ardgowan Estate’s success as a filming locations has attracted comparisons with Highclere, made famous (and profitable) as the home of Downton Abbey. Fortunately, the present owner enjoys watching the process unfold: “It is slightly like a circus moving into town – you are up there among the acrobats. It is fascinating to see how it all works, this very big, well-oiled machine,” says Sir Ludovic Shaw-Stewart, 12th baronet, on watching his home become Christie’s Sunny Point.

The family even kept on some of the set dressings as they happened to suit the house so well.

It was a stroke of luck, because the cast and crew had to return several months after the production wrapped to reshoot a number of scenes, after actor Ed Westwick was replaced by Christian Cooke.

Poldark’s Eleanor Tomlinson and Anthony Boyle, who originated the role of Scorpius Malfoy in the stage play Harry Potter and the Cursed Child, commented on their temporary experiences of ‘living’ within the walls of their Ordeal by Innocence filming location. They were struck by the grandeur but also the isolation of the house.

Actor Luke Treadaway said of the unusually immersive shoot: “I loved being on location for a few weeks, in a real house where you know that this bedroom leads to that hallway. It definitely helps connect it all and feel like you’re really in a house as opposed to a set with no roof.”

Bill Nighy, whose mother came from the Gorbals, already had an appreciation for this part of the world and elaborated “It was great and one of the nicest jobs I have ever had”.

Fans of the programmes, or of the house’s elegant Palladian design, will be delighted to hear that they can tour the house, stay the night on a 5-star B&B basis in one of the house’s rooms or rent on the estate.

Ordeal by Innocence's street scenes were shot in the Scottish Borders. In a key sequence, Jack is seen leaving a car in a village street at night and walking towards an inn, before we see a shot of a stone clocktower - the street can be found in Douglas in Lanarkshire. 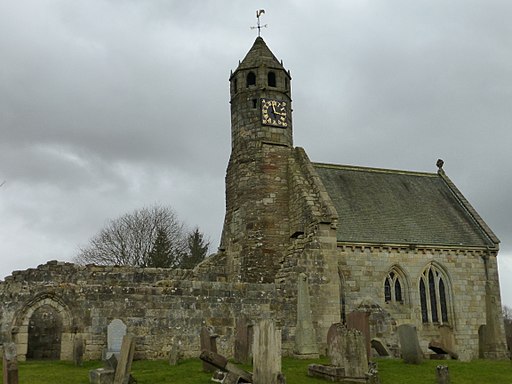 The Cross Keys Inn really exists, and the 16th Century clocktower is thought to be the oldest working clock in Scotland. It belongs to St Bride's Church, which is notable outside its Agatha Christie cameo for its connection to the Black Douglases.

In the second episode, a group of lads jeer at Tina, played by first-generation American Crystal Clarke who actually studied acting at the Royal Conservatoire of Scotland in nearby Glasgow. “Everyone was asking: 'Where should we go to eat, Crystal?' and I would recommend all of the good places,” said Crystal, as an honorary Glaswegian on set.

Onscreen, however, her character is seen as an outsider. Tina stops her bicycle and retorts to the lads’ jeers on the High Street, not far from the Cross Keys Inn.

The street looks much the same in real life - there isn’t a post box on the opposite side of the road, and the period lampposts have been added for effect, but there really is a traditional general store on the corner and the street is of course lined with picture-perfect stone houses. 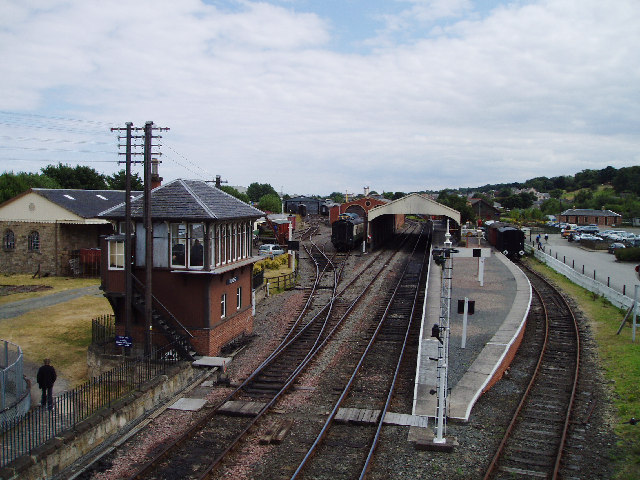 Bo'ness railway station. Kevin Rae [CC BY-SA 2.0 (https://creativecommons.org/licenses/by-sa/2.0)], via Wikimedia Commons
Siblings Mickey and Hester take the mysterious Dr Calgary to the train station, in an effort to take him further from their own doorstep as he dredges up the past. We see the platform of a traditional country railway station as the scientist boards.

He takes a seat in an empty, red-upholstered carriage labelled LNER (London and North Eastern Railway, which was nationalised in the 1940s), but moments later he pulls the emergency cable to bring the engine to a grinding halt. Then he sets out between the trees and fields.

Bo’ness and Kinneil Railway provided Ordeal by Innocence’s train station filming location, a ticket hall with an unusual history. Despite being located in Bo’ness, the building came from Wormit Station on the Tay, near Dundee – after a long history ending in eventual closure, it was carefully deconstructed and rebuilt at the heritage railway site.

The railway takes visitors past plenty of similar scenery to the woodland seen onscreen in the Agatha Christie mystery, and is home to heritage engines including locomotives and coaches from the era.

Plenty of services run throughout the year and though it may look like a blast from the past in its role as the Argylls’ local railway, Bo’ness Station also provides a modern buffet restaurant and gift shop. 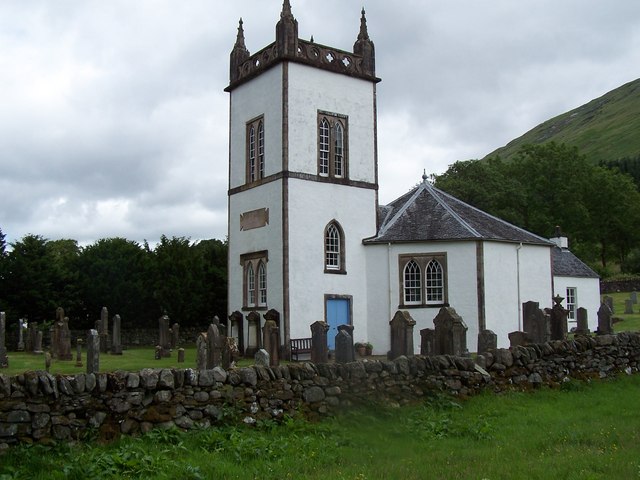 Cairndow, Kilmorich Church. william craig / Cairndow, Kilmorich Church, via Wikimedia Commons
The two sisters are seen tending a grave in the churchyard at the start of the second episode, with a white church tower clearly visible in the background. Once again the filming location is found within relatively easy reach of Ardgowan House, though this time further north.

Located in Argyll and Bute, Kilmorich Church stands near the site of a medieval church but the building dates back to the early 19th century. Behind the distinctive white washing it's a sandstone tower and beyond the rolling hills you see on screen lies Loch Fyne.