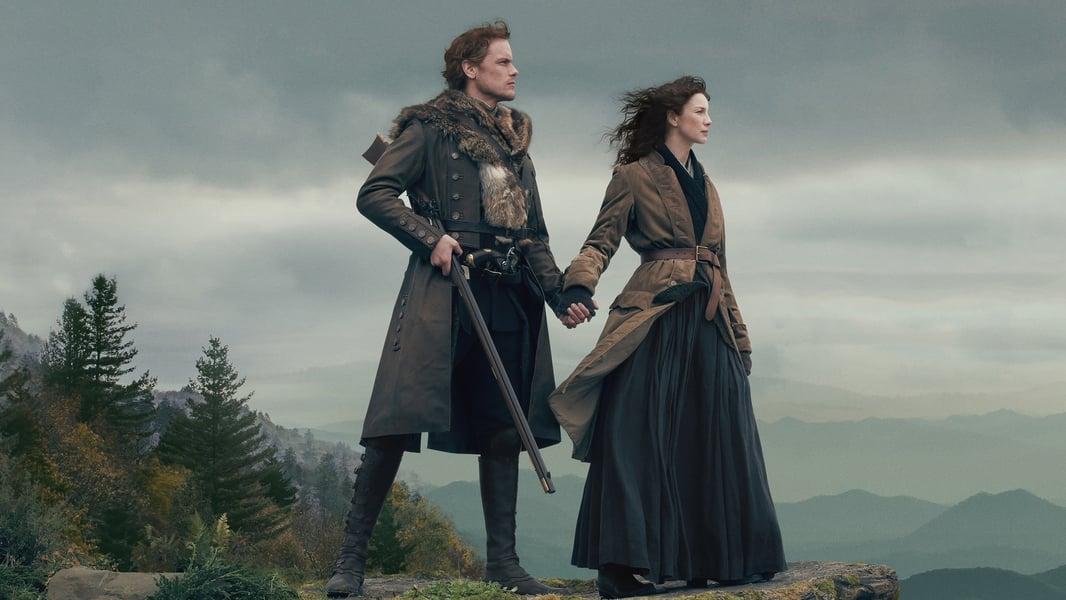 After leaving Culloden far behind them and running into trouble in the Caribbean, Sam Heughan’s Jamie and Catriona Balfe’s Claire start a new life in Colonial America. Typically, the Frasers find themselves in the South just as the American Revolution is picking up momentum.

Scotland is still front and centre despite the fresh setting though – and there’s even a good historical basis for the Celtic connection. And as always, the cast and crew got out and about to bring us the wilderness, the stately homes and variety of settings that we’ve come to expect.

Where Was Outlander Season 4 Filmed?

Outlander Season 4 was filmed near Glasgow, around Falkirk and Pitlochry, and in West Lothian. Woodlands from Killiecrankie to Cumbernauld were pressed into use and populated with Cherokee and Mohawk tribes. There was just one stumbling block...

“Everything in Scotland is stone, and everything in the New World is wood.”
Maril Davis, Executive Producer

And that meant the usual supply of readymade filming locations was severely limited. So the show’s Art Department got to work. Extensive new sets were built at Wardpark Studios in Cumbernauld, just outside Glasgow while clapboard shacks and North Carolina plantations popped up across the country.

"It's my biggest build so far. It's huge. It might be the best looking year of all."
Jon Gary Steele, Production Designer

When a member of the crew is sentenced to death, Jamie and Ian attempt to give him a proper burial, and in true Outlander style the scene is eerie, thought-provoking and sets up more trouble. Downton Abbey alum Ed Speleers plays the new villain in town – the charming but devious Stephen Bonnet, who is introduced to us around the scene.

Season 4’s graveyard scene was filmed in Polmont’s Gray Buchanan Park in October 2017, with gravestones popping up in the park in preparation for the night time shoot. Located in the Falkirk area, Gray Buchanan Park is not only extensive enough to keep civilisation out of shot, it’s also bordered by suitably convincing woodland.

The Frasers arrive at River Run Plantation where Jamie’s Aunt Jocasta (played by The Tudors and Downton Abbey’s Maria Doyle Kennedy) happens to be the lady of the manor. But how did Outlander find a filming location for Aunt Jocasta’s River Run plantation in Scotland?

In a November 2017 shoot, the crew worked from a base in Crieff’s Market Park for more North American scenes.

The shell of a Southern plantation popped up on the Abercairny Estate, the base of the Moray clan since the 14th Century. Today the estate boasts terraced gardens and parklands, but onscreen you’ll only catch a pocket of its woodlands.

The market town has long been popular for its classic attractions, including the Crieff Hydro hotel and Glenturret distillery. Callendar House, Muiravonside and Bo’ness and Kinneil Railway have already provided locations for Seasons 1 and 2. And nearby Drummond Castle Gardens cropped up in Season 2 as one of Outlander’s Versailles filming locations.

Abercairney’s pop-up mansion was only used for exterior shots, as you may have guessed. Interiors were filmed on set back at the show’s Cumbernauld studio. 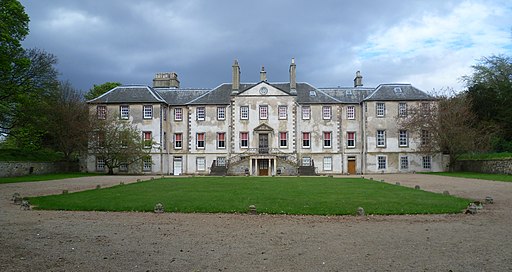 Newhailes. Kim Traynor [CC BY-SA 3.0 (https://creativecommons.org/licenses/by-sa/3.0)]
Scenes of the Governor of North Carolina’s Mansion were shot on location at Newhailes House. Look out for its Palladian and rococo stylings in the first half of Season 4, when Jamie and Claire take the first steps to founding Fraser’s Ridge.

Newhailes House can be found in Musselburgh on the eastern fringes of Edinburgh, with views of the Firth of Forth (it’s also relatively close to previous Outlander filming locations including Hopetoun House, Midhope Castle and Blackness Castle).

The home of the Dalrymple family dates back to the 17th Century, but these days it’s operated by the National Trust for Scotland – great news for location hunters! You can take a house tour, visit the café and shop or take kids to play at the smart playpark on dates from spring to autumn, and the grounds are open year-round.

Mountains and Woodland of North Carolina

Claire, Jamie and Ian journey through the wilderness around Wilmington, North Carolina before the Frasers end up settling at Frasers Ridge. In reality, their location would be part of the Blue Ridge Mountains, part of the Appalachian Mountain Range reaching from Georgia through Virginia before ending in Pennsylvania.

Fortunately for the Outlander team, the region’s trees are fairly similar to central Scotland’s – and incidentally, Southern Appalachia is even home to the Fraser Fir.

It’s a fantastical series at times, but authenticity has played a big part in Outlander Season 4 filming preparations. Every effort has been made to portray the Native American communities we’ll meet in the new season with consideration for their real life counterparts.

“To build our Native American world, they have learned traditional techniques, from canoe building to hand weaving… we have welcomed a great team from Canada to play both the speaking and supporting roles of the Cherokee and Mohawk Nations…”
Matthew B Roberts, Executive Producer

The scene where Claire and Jamie are lost in the woods was filmed in West Lothian’s Beecraigs Country Park. Beecraigs in located near Linlithgow, just a few miles away from Edinburgh and with wildlife to spot, woodland trails to walk, and a cafe and ice cream on site (plus free admission year-round) your own trip to this corner of wilderness won’t be nearly as spooky as Claire’s.

More woodland scenes were shot in Spring 2018 at Cumbernauld Glen outside Glasgow and Faskally Wood is a couple of miles from Killiecrankie, and not far from Pitlochry. Killiecrankie is already known for its Jacobite connections. It was the site of a bloody battle and the famous Soldier’s Leap, where a Redcoat is said to have jumped an impossible 18ft gap as he fled.

Another North Carolina filming location were found a stone’s throw away. Cumbernauld Glen couldn’t be much closer to the Starz show’s base. The ancient woodland is home to wildlife like kingfishers and comes to life with blankets of snowdrops and bluebells before the leaves turn to gorgeous autumn colours. You would never know this wilderness was only a short drive from Falkirk.

East Kilbride’s Calderglen Country Park lent another patch of wilderness, with Catriona Balfe braving the snow to shoot at the South Lanarkshire park.

Most of Outlander’s Wilmington town scenes were filmed at Wardpark Studios. 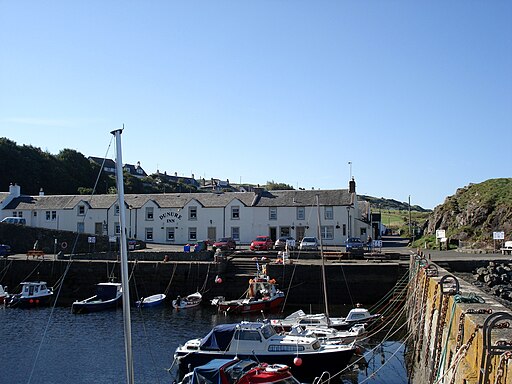 Remember Outlander’s Le Havre harbour? That was Dunure. In Season 3, Ian winds up on Silkies island – Jamie, Claire and Ian are seen in the water around the beach and later Jamie is seen around the ruins of Dunure Castle which overlook it.

In Season 4, the ever-popular harbour town filming location was transformed again. Clapboard shacks sprang up to form the streets of an American harbour town, seen early on before the Frasers journey inland.

Sophie Skelton, who plays Brianna, was spotted at Dunure in her first historical scenes – though fans of the original Outlander book series have been asking whether the show will shake up her Drums of Autumn plotlines.