Where Was Rebecca Filmed?

The Netflix Rebecca was filmed at Hatfield House, Ham House in Richmond-upon-Thames, at Monaco’s Exotic Garden, and in Nice and North Devon.

The Daphne du Maurier adaptation wasn’t filmed in Cornwall. Though there ae stylistic similarities between the novel’s settings and the filming locations we see in the movie.

“Manderley is such an important character in Rebecca… In the book it is described as having a mix of period styles, as subsequent owners added to it, so we decided that rather than one house we would look for three or four.”
Adam Richards, Supervising Location Manager

By layering up the most characterful parts of several stately homes, they created a (mostly Jacobean-era) labyrinth.

One English manor was used for the Monte Carlo scenes. But the rest of the Monaco scenes took the cast and crew take a trip to the real Cote d’Azur for the sun-drenched shoot.

“Filming in France was really special… I think we all felt very lucky indeed to have had that experience.”
Nira Park, Producer

Manderley is closely associated with Daphne du Maurier’s own dream home in Cornwall, Menabilly. Though the author was a long-term resident, she and her family never actually owned the house near Readymoney Cove in Fowey.

But still, the rambling old house and its secrets inspired the author for years. And so did the Cornish coastline beyond it.

Menabilly, the real Manderley, is not open to the public but visitors can visit Fowey and even stay near the estate.

The second real Manderley is Milton Hall near Peterborough. Daphne du Maurier visited the privately owned mansion and remembered it later when she came to create the de Winter home.

In Rebecca on Netflix the real Manderley locations are actually several stately homes across England.

The Exotic Garden of Monaco site high on the cliffs overlooking the coastline to the south of Monte Carlo.

Blooming with Southern Hemisphere succulents in winter and American cacti in spring and summer, the garden fits the picture of 1930s Monaco perfectly. It opened in 1933 – five years before Daphne du Maurier’s Rebecca was published.

Other scenes were filmed at Villa Eilenroc in Antibes, further along the Cote d’Azur. Look out for the Belle Epoque mansion and its Mediterranean garden when Lily James and Armie Hammer’s characters spend time in Monaco.

In the 2020 Rebecca movie, the Monte Carlo hotel scenes were filmed at the Ancien Hotel Regina in Nice. The future Mrs de Winter is staying at the Hotel Cote d'Azur with her employer when she meets the charming Max – as in the novel.

The production team found a Cote d’Azur filming location for the Hotel Cote d'Azur. It’s not in Monaco as Daphne du Maurier describes, but it’s only a short drive away so the aesthetic and Mediterranean sunlight are authentic. And above all, it’s suitably grand.

“It was built around the 1880s or 1890s—I think Queen Victoria stayed there—and while it had since been converted into apartments, luckily for us, the ground floor still had the scale and opulence of an old hotel.”
Sarah Greenwood, Production Designer

In fact, it was built for the Queen’s visits with her entourage (and there’s a hint in the hotel’s name). And the 18th Century queen acts as an unexpected link between the Netflix movie’s hotel locations.

Queen Victoria visited the Cote d’Azur regularly throughout the 1890s, and in 1891 she visited Alice de Rothschild in nearby Grasse. The same formidable Alice de Rothschild is associated with the Waddesdon estate in Buckinghamshire, giving her name to Miss Alice’s Drive, a woodland path in the grounds.

In Netflix’s Rebecca the Monte Carlo hotel interiors were filmed at Waddesdon Manor. The Rothschild mansion was designed in the style of a French chateau, giving it a convincing Cote d’Azur aesthetic.

Look out for Lily James’ character’s suite, which made up of several interconnecting rooms at Waddesdon. When she opens the door, the manor’s sumptuously decorated hallway and spiral staircase are just visible in the background. Those staircases sit within the manor’s fairytale turrets.

Waddesdon Manor is another Rebecca location you can visit. The house opens in certain months, and in the past the ground and first floors have been transformed for Waddesdon’s spectacular Christmas experience.

As a National Trust property, members can enter for free (or for a small extra fee during special events) and non-members for a fee. 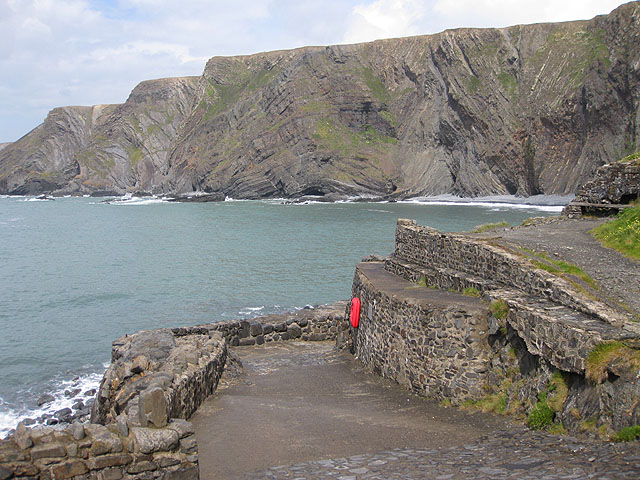 The North Devon coastline’s rocky cliffs lead down to sandy beaches. Cornwall is brimming with similar harbours and coves – including Readymoney Cove near Daphne du Maurier’s home at Menabilly.

So while Hartland isn’t a true Cornish filming location for Rebecca, it does look the part.

Its Wreckers’ Coast landscape clearly isn’t short on atmosphere. In fact, the area has found a niche as a Hollywood filming location, making its first appearance in The Phantom Light in 1934. Disney’s Treasure Island followed, back in 1950, and it’s appeared onscreen regularly ever since.

Given Hartland Quay’s history of seafaring and smuggling, it’s a great match for any du Maurier tale. And it’s even given up some mysterious shipwrecks of its own – though this one is far older.

Osterley Park House, London-25June2009.jpg: Jim Linwoodderivative work: Snowmanradio, CC BY 2.0, via Wikimedia Commons
The Harley Street location really is in London, but you won’t find it near Marylebone. The sequence was shot at one of the Rebecca filming locations for Manderley – Osterley House in Isleworth.

Osterley’s Entrance Hall appears at the waiting room, with the Eating Hall transformed into the surgery where Rebecca’s medical notes are uncovered.

In real life, the Eating Room doesn’t look a doctor’s surgery, or like a dining room. The furniture was kept around the edges of the room and in the corridor between dinner parties. 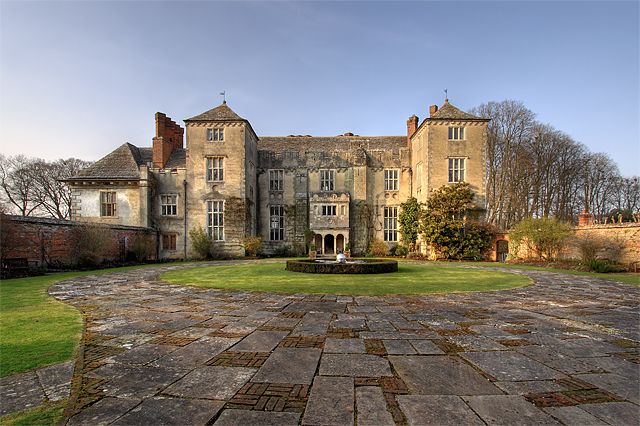 Of course, Manderley starts and ends the story in both the novel and the movie, with that view from the drive playing an important part.

In reality Cranbourne is home to Viscount Cranborne, eldest son of the 7th Marquess of Salisbury. The Cranborne Estate has been in the family since the days of Queen Elizabeth I’s courtier Robert Cecil, 1st Earl of Salisbury.

Visitors can see the exterior of Rebecca’s Manderley and explore the Manor Garden on set days, with deals available for RHS members. There’s also a Garden Centre.

Manderley’s rooms belong to a series of other stately homes, including one with a family connection.

The 7th Marquess and Marchioness of Salisbury’s residence, Hatfield House, is one of the most recognisable Rebecca filming locations. The mansion was constructed for the same Robert Cecil, 1st Earl of Salisbury in a Jacobean style that holds plenty of appeal for filmmakers.

Look out for shadows from the cloister-style Armoury’s distinctive latticework falling across the black and white tiled floor. Hatfield House’s Armoury recently appeared in another Netflix movie, Enola Holmes – and the unusual feature is showcased in both films.

Another Jacobean mansion, Mapperton, is the filming locations for Rebecca’s wing of Manderley in the Netflix drama.

“We had the usual to-do of cameras and booms and scurrying people. But it was the best organised film ever at Mapperton and the garden was dressed magnificently for the party scene.”
The Countess of Sandwich

Mapperton’s staircase provided the beautiful Manderley location used for Rebecca’s masked ball scene. And provided an elegant, historically-tinged backdrop for the fabulous costumes. Look out for the Orangery in the Netflix movie too.

Filming took place at Loseley Park in August 2019, in particular interior shots including the drawing room. In common with the other Manderley locations, Loseley Park is a Tudor-era manor house. Its history goes back to Henry VII, and has been in the More-Molyneux era for the entire 500-year span.

Loseley Park is the private home of the More-Molyneux family so you can only visit by guided tour. In 2020, house visits were put on hold to protect residents during the health crisis. Beyond the rooms seen in Rebecca lie a series of ornate gardens, which are open to the public on certain days during normal circumstances.

In the new Rebecca the filming location for Manderley’s office is the real Estate Office of Petworth. The National Trust property in West Sussex

“The art department brought in some prop artworks, so regular visitors might be able to spot the odd ones out in the film… Many of the original items and furniture went with the Wyndham family… so it’s magnificent to see the rooms as they might have looked in their heyday.”
Susan Rhodes, Visitor Experience Manager

Look out for the stately home’s own purpose-built gallery in the movie, as the new Mrs de Winter explores Manderley.

The real Manderley kitchen filming location is Osterley, where the house’s own kitchens appear in the masquerade ball scene.

As Lily James’ character follows the ghostly figure in the red dress through the house, she passes through the servants’ own party in the kitchens.

“The kitchens were used for one of the biggest scenes I can remember being filmed here… the servants having a party during the costume ball, with lots of extras and props. It was boiling in there during filming, although the fire in the grate was fake as it was too crowded for hotworks.”
Ffion George, House and Collections Manager, Osterley House

This Rebecca location’s house and grounds are open to the public, but check dates and prices before you travel. 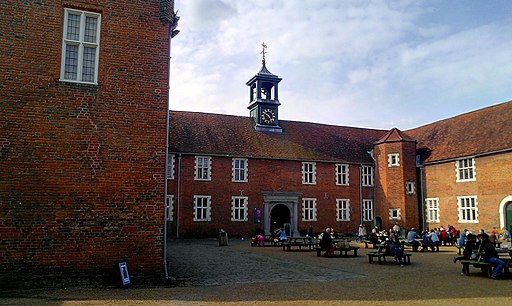 Stables at Osterley. Ethan Doyle White at English Wikipedia, CC BY-SA 4.0, via Wikimedia Commons
The stables where the new Mrs de Winter meets Jack Favell belong to Osterley. You can see them clearly the horse-riding scene, set while Max is away from Manderley.

It’s really the Duchess’ Bathroom – the fittings were concealed for filming!

The house and estate were given to William Murray, 1st Earl of Dysart by his close friend Charles I. And when the English Civil War broke out, it was the Earl’s daughters who ran the house until Charles II was restored.

His daughter Elizabeth Murray, Countess of Dysart and later Duchess of Lauderdale, was the lady of the house at the time. Her improvements to Ham survived until it passed to the National Trust in the mid-20th Century. Yes, including her bathroom – complete with its unusual curving doorframe.

The murder trial scene was filmed at Ham House, which was also used as a Manderley filming location.

Ham House’s wood-panelled West Passage and austere Back Parlour are used as the courtroom where the murder trial is held. The Buttery appears in the sequence too.