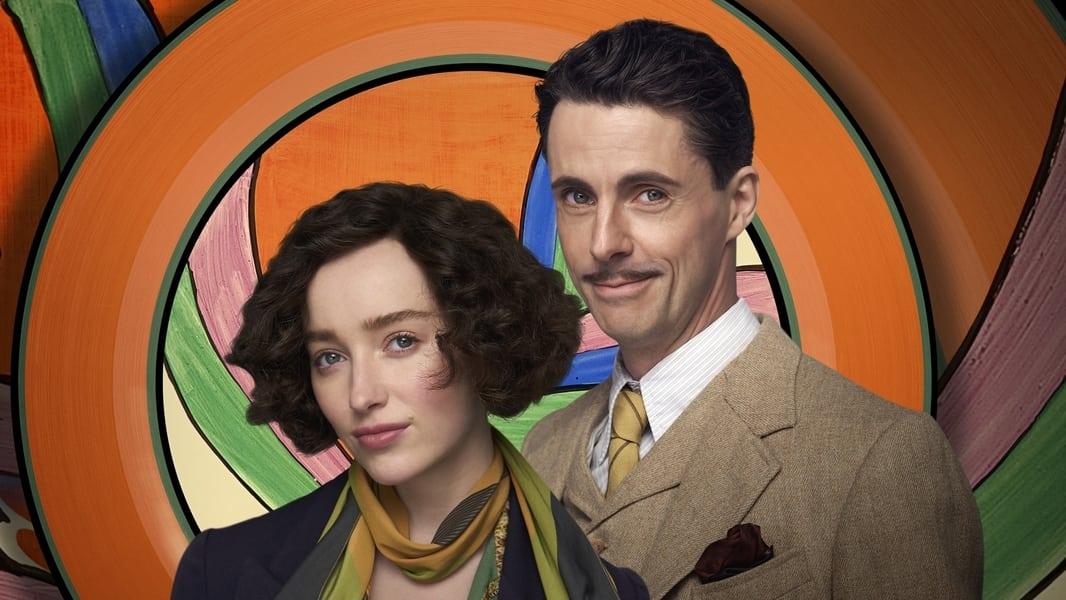 Phoebe Dynevor and Matthew Goode lead the Clarice Cliff movie as the revolutionary pottery designer and the pottery’s managing director, Colley Shorter. Clarice starts off transferring years-old designs to pottery, but breaks the rules to craft her own design - and her daring risk pays off.

In real life, Clarice Cliff joined Wilkinson’s Newport Pottery in Stoke-on-Trent in 1916. After showing potential, she studied art and the range of skills Phoebe Dynevor’s Clarice talks about in the 2021 film. Cliff’s Bizarre Range was launched in 1927 after a decade’s work and study, with the support of Shorter.

The potteries where The Colour Room was filmed are located nearby, and have survived complete with bottle kilns, workshops and lots of stories to tell. So while this is a movie version of real events, there’s plenty of truth behind it, and creative heritage to enjoy.

Where Was The Colour Room Filmed? 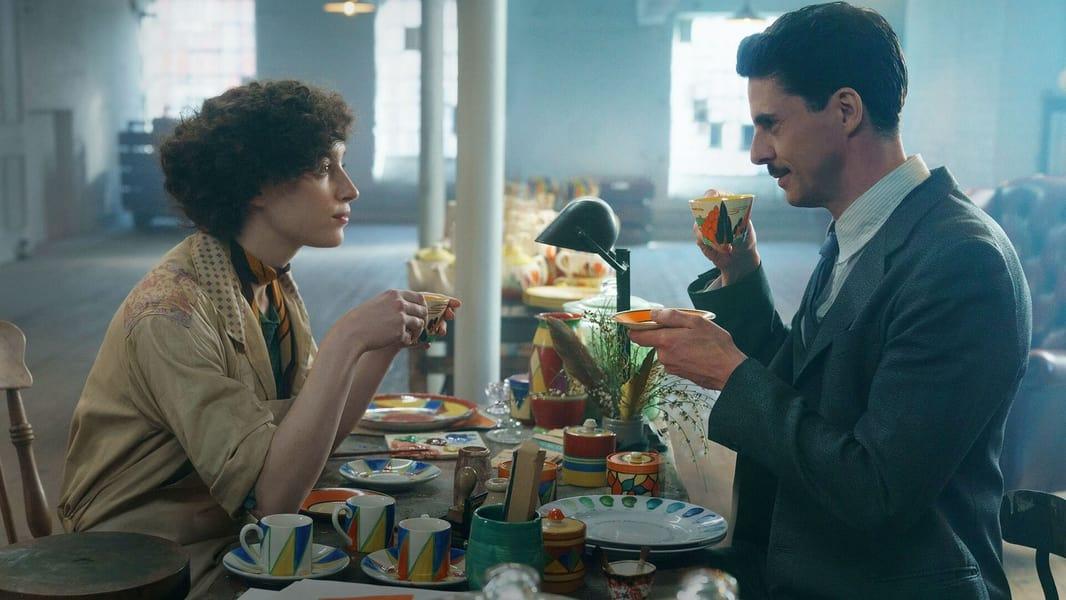 And the good news is, you can visit most of The Colour Room filming locations to get closer to the story. 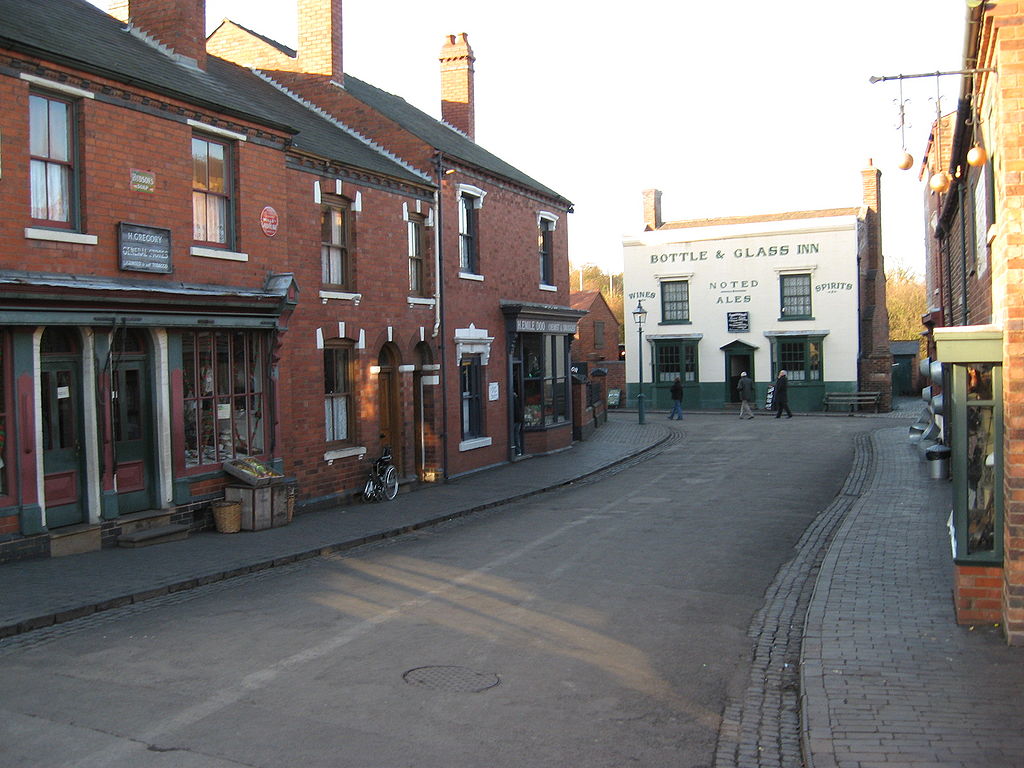 Black Country Street. Jack1956, Public domain, via Wikimedia Commons
You can find Clarice Cliff’s house location from The Colour Room at the Black Country Living Museum, an open air museum in Dudley. Welcoming visitors of all ages, you can meet historic characters and even eat vintage treats - more on that later.

Look out for The Black Country Living Museum again when Colley escorts Clarice home after the shooting party. The Colour Room’s Hobbs and Sons restaurant is a real fish and chip shop in the museum - where you can pick up a very real fish supper!

It’s seen again in the scene between Dorothy and her fiance later in the film. 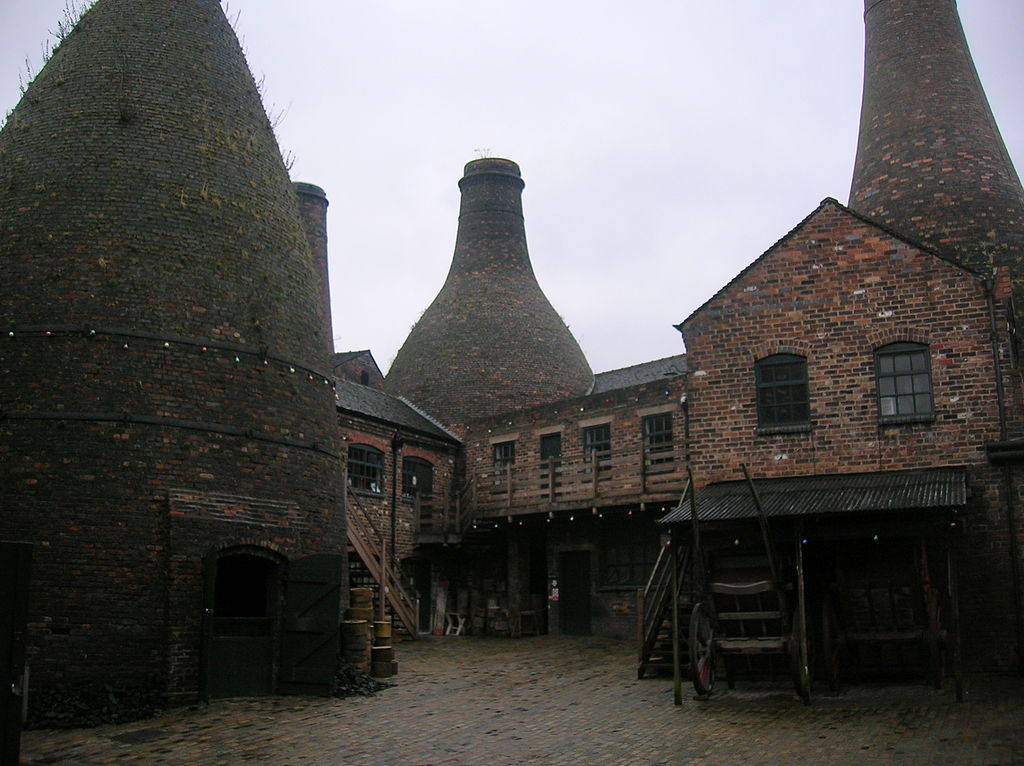 The real Wilkinson’s Newport Pottery building was demolished in the 1990s, but it was located in Burslem, making Middleport Pottery its neighbour.

BBC Two’s The Great Pottery Throwdown was filmed at Middleport so fans might recognise this Colour Room pottery location. Regular visits have been disrupted at the time of the film’s release, but check for other events taking place - and you can book a virtual tour to see potters at work.

Gladstone Pottery Museum is another historic Stoke-onTrent pottery that’s survived the decades. and you can also explore this Wilkinson’s location online. So you can peek inside the bottle ovens, explore the corridors and peek into the rooms of the pottery right away!

And as of November 2021, the doors are opening to visitors again. Check for details, and you could visit this Colour Room filming location in person.

The Colour Room trade fair filming location is Birmingham City Council House. If you know the building it’s instantly recognisable onscreen – but with its imposing scale, it could easily be a grand London venue.

Look out for the view from Victoria Square as Clarice and Colley arrive in London. You can easily see this Colour Room filming location for yourself. It’s easy to reach in the city centre, and hosts events including the famous annual Frankfurt Christmas Market.

Inside, the Council House hosts the Lord Mayor’s Suite and city council offices. But this building actually has two purposes – the other side is home to the city’s Museum and Art Gallery.

Consecrated in 1715, the cathedral’s design is said to have been inspired by a blend of Italianate architecture and English Baroque.

The Colour Room’s Bizarre Girls shop window scene was filmed in the Apache Bar and Restaurant unit on Corporation Street. You can recognise it by the arched windows, and the red terracotta building opposite.

Clarice Cliff and the Bizarre Girls are facing out towards the unmistakeable Victoria Law Courts. Birmingham’s Corporation Street was modelled on a Parisian boulevard, leading to its grander architecture – including the court building, completed in 1891.

You can take a virtual tour courtesy of Business Live, who put together a photo gallery of its courtrooms, corridors and libraries.

Colley Shorter’s House location is Winterbourne in Birmingham. Once a family home, it’s now open to the public by ticketed entry.

You can visit the Edwardian house, where Clarice finds Colley in the lean-to greenhouse, and the garden where she passes through the rose tunnel. Tickets are available in advance (and Winterbourne suggest that you might even be able to pick up a ticket on the day).