This Is Christmas Filming Locations: Christmas in the Commuter Belt 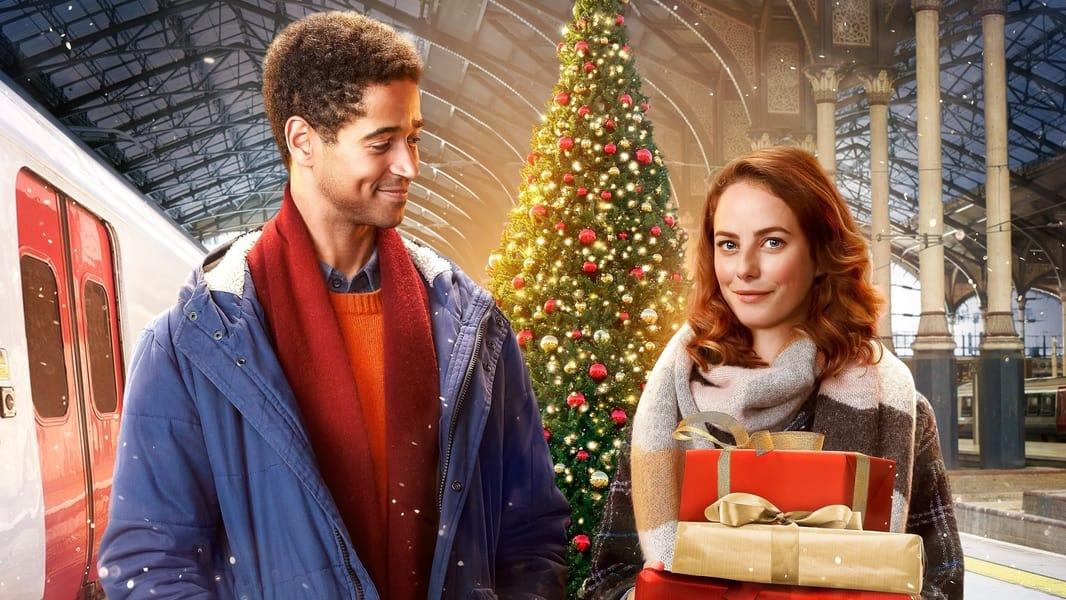 This Is Christmas filming locations like Pierrepont Market, Ongar Station, London Liverpool Street Station, Tobacco Dock and Hemel Hempstead set the scenes for the Christmas commuter story. In the movie, commuter Adam (Alfred Enoch) invites his fellow travellers to connect over a Christmas party to prove a point.

Before long, Emma (Kaya Scodelario), Ray (Timothy Spall), Dean (Jack Donoghue) and the other commuters are forming a tentative friendship across the carriage.

Where Was This Is Christmas Filmed? 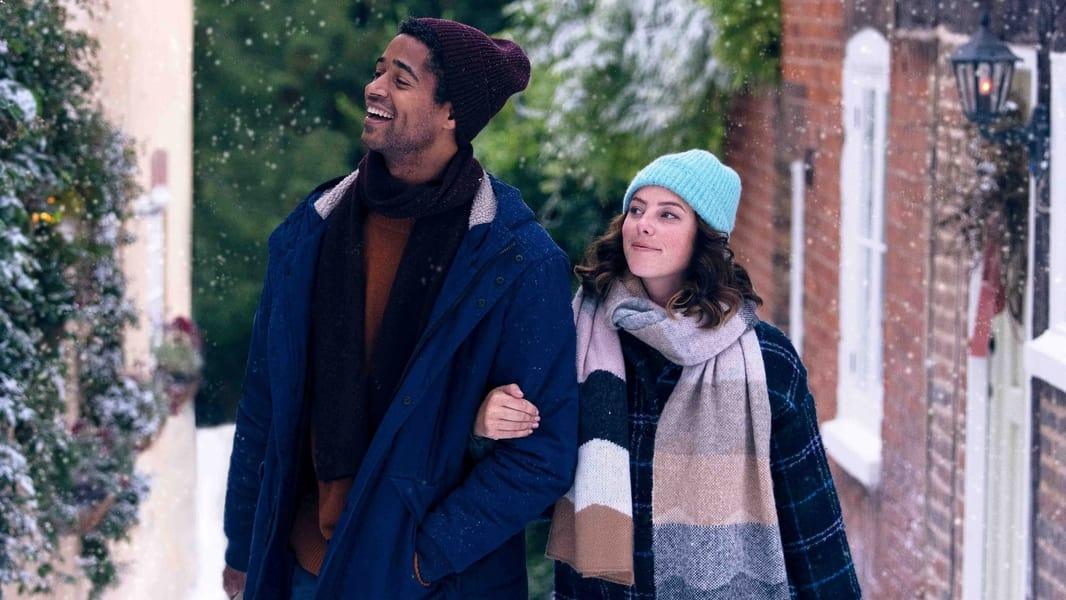 This Is Christmas was filmed in Wapping, Hemel Hempstead, Ongar, London’s Liverpool Street Station and Pierrepont Market in Islington. The locations cover plausible workplace destinations in London, and the commuter towns of Ongar and Hemel Hempstead. Though in reality, a Hertfordshire commuter wouldn’t get far catching the Essex railway line!

Here are the locations where This Is Christmas was filmed.

Adam’s workplace location in This Is Christmas is in Islington’s Pierrepont Market. You can find the arcade at the corner of Camden Passage and Pierrepont Row, and it’s a working market to this day. You can find a mixture of antiques, vintage clothes and collectibles on rotation throughout the week.

In This Is Christmas Dean’s print shop is on Camden Passage opposite the entrance to the Pierrepont Arcade. The shop outside the arcade only becomes significant later in the movie, when Dean spots Adam walking past and runs out to offer his help. This is one of the key moments that brings the Christmas party plan to life.

Liverpool Street Station. Darren Glanville from Acle, Norfolk, UK, CC BY-SA 2.0
The London train station in This Is Christmas in Liverpool Street Station in the City of London. It serves East London, the Essex border and East Anglia. But it’s also schedules to link up with Heathrow and Reading in 2023 once Elizabeth Line services start running in earnest.

You can see a few angles of This Is Christmas’s London railway station location in the movie. The main concourse is seen early on. As the characters get to know each other, they start to meet and talk around the upper levels of the station. Look out for the food concessions as they walk by – they’re above the gates leading to the platforms.

Ongar Railway Station. Acabashi, CC BY-SA 4.0
The railway line in This Is Christmas is the Epping Ongar Railway – a heritage line running through the Essex towns. In the movie, this is the railway where the characters connect thanks to Adam’s Christmas party plan.

While it’s not a real commuter route these days, the Epping Ongar Railway has all the credentials for the Sky Movies Original. In fact, it’s the closest heritage line to London, the longest running through Essex, and the only one running on a former London Underground route. So the commuters in This Is Christmas are following in the footsteps of London workers from days gone by!
Langton Railway Station

It was originally built for the Great Eastern Railway in 1865, but by the 1950s it had been absorbed by the London Transport’s Central Line. It stayed on the line until 1994, and was closed for a decade until the Epping Ongar Railway Volunteer Rail Society launched a preservation project. It would close once again within years, but reopened in 2012 under the Epping Ongar Railway banner.

You can find the train station from This Is Christmas over on our filming location map! And if you check out the Epping Ongar Railway schedule you can even book a train ride setting off from Ongar Station.

Adam’s search for a party venue in This Is Christmas takes him to Tobacco Dock in London. In the scene, Adam walks through shop units that remain from its days as Tobacco Dock Shopping Centre in the early 1990s. These days, it’s better known as an events venue.

If you only know the newer side of Hemel Hempstead, it’s easy to miss the traditional old town which still stands. And it’s full of independent shops, cafes and pubs – as seen onscreen in the past.

You may have seen the High Street before if you’re a fan of British movies. Two locations on the street appear in Military Wives. Kate and Lisa talk outside the White Hart pub after their first concert, and the Old Town Hall is used for one of the choir’s performances.