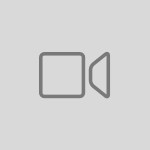 What’s your favourite Father Ted moment? It’s a hot topic with our team at the moment as we watch our way through all three series in honour of the twentieth anniversary, and here are a few on location moments from our shortlist.

Are those cows small or far away? Ted and Dougal don’t get the relaxing holiday they’d imagined when they take up the offer of a borrowed caravan, but luckily that means plenty of laughs for us. If you visit the real campsite, we think you’ll have an easier time of it.

Nobody wants an all milk cup of tea, so it’s good that Dougal stepped up to take over Pat Mustard’s delivery route. Things nearly ended in disaster when the former milkman planted a bomb on the milk float, but if you’re feeling brave you can retrace his route.

We were thrilled to discover that you can really visit the Very Dark Caves, even if they’re going by the guide of the Ailwee Cave. You won’t believe how many different rocks they have, but unlike the boys from Craggy Island, you can also meet the birds of prey who live at the neighbouring education centre.

The priests’ Christmas adventure in Ireland’s biggest lingerie department was filmed inside a branch of Dunnes Stores. There’s no word on whether it really is the biggest or not, so we recommend you bring a friend with a boring voice, just in case.

Could we end any other way? The current owners of the Parochial House are very welcoming, allowing pre-arranged visitors into the famous house that’s really their private home. We think that’s lovely of them, and makes the location all the more special.