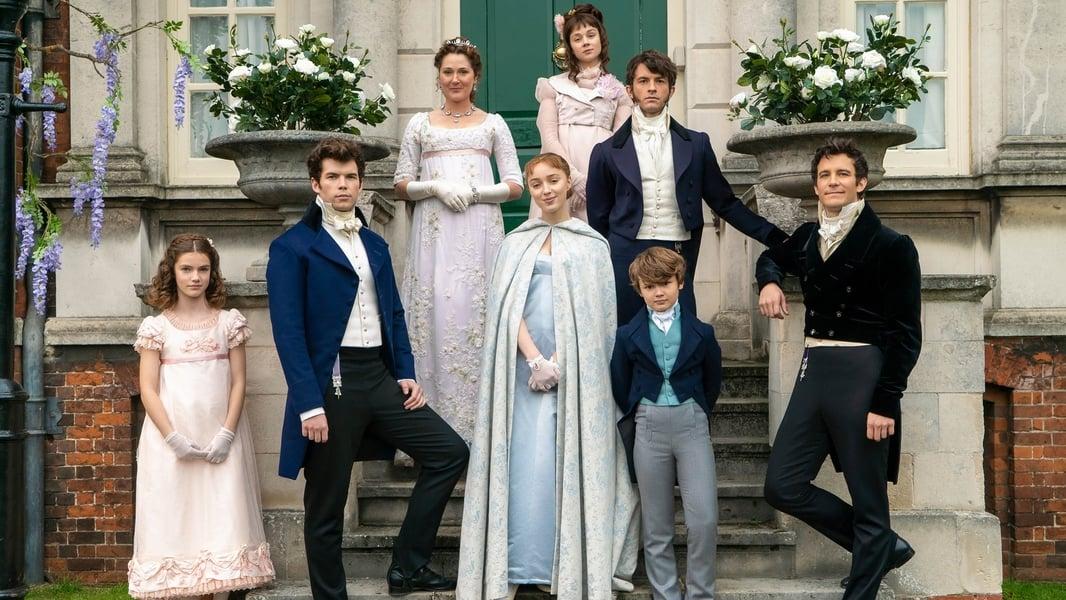 In Season 2, Anthony Bridgerton (Jonathan Bailey) is looking for an eligible lady while Eloise (Claudia Jessie) is presented for her first season with the Ton. Lady Danbury (Adjoa Andoh) has taken on Kate (Simone Ashley) and Edwina Sharma (Charithra Chandran) as her latest matchmaking project.

Daphne (Phoebe Dynevor) is back and this time she’s helping with the matchmaking at a new Bridgerton residence. And of course, there are plenty more beautiful backdrops, from ballrooms and mansions to summer gardens and racecourses.

Where Was Bridgerton Season 2 Filmed?

Bridgerton was filmed at Hatfield House, Hampton Court Palace, Wrotham Park, Royal Crescent, Syon Park, Greenwich, West Wycombe and other locations dating back to the era. Some of Season 1’s filming locations have made a return, including Hampton Court and Wilton House. Others have been replaced by an alternative or a studio set. Here’s what we know so far…

Hatfield House. Allan Engelhardt, CC BY-SA 2.0
Bridgerton Season 2’s palace scenes were filmed at locations including Hatfield House, Wilton House and Hampton Court Palace. If you want to live the Bridgerton life, you can book a stay in the grounds of Hampton Court at the Georgian House.

Constructed in 1719 for King George IV in his last years as Prince of Wales before taking the throne, it was originally imagined as palace kitchens.

In Episode 1, ‘Capital R Rake’, the palace scenes between Lady Danbury and the Queen were filmed in Hatfield House’s Corridor.

Eloise’s Presentation in the Audience Room

The Queen’s audience room location in Bridgerton Season 2 is the Double Cube Room at Wilton House. It appeared in Season 1 for Queen Charlotte’s audience room scenes, and in ‘Capital R Rake’ we see it again when Eloise is presented for her first season.

The portrait behind the throne really does belong to the room, and has its own royal connections. 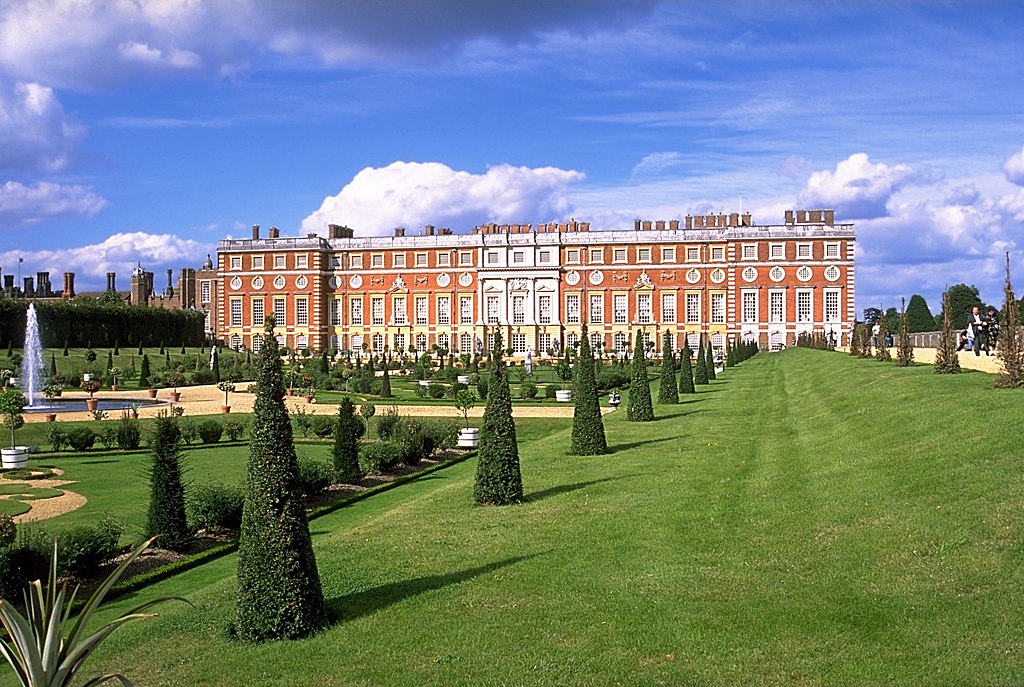 We’re looking at the Hampton Court Palace exterior from the Privy Garden, which really looks the part for the 18th Century drama. The gardens have been restored to the design of William III’s Privy Garden of 1702. And thanks to the volume of records kept and some careful archaeology, they’re thought to be the most accurately reconstructed gardens in Hampton Court’s grounds.

The Queen’s Palace Courtyard location is Hampton Court’s Regency complex – we think this is the Fountain Courtyard.

Look for it at the end of Season 2, Episode 1, after the release of the next Whistledown Papers commenting on Edwina’s appointment as Diamond of the Season. The Queen suggests that Edwina will have another role to place, while taking tea under a canopy in the courtyard. We see the royal courtyard again when Queen charlotte and her etourage are shown the peacock, the latest addition to her menagerie.

It was constructed in the early 1690s, and leads to the King's State Apartments, with the artwork you see in the Netflix series added in the 18th Century. You can't miss the ornately painted walls, and in fact, they're the perfect backdrop to Bridgerton and the drama of the Ton, because they depict King George I's court.

The room where the queen offers Edwina jewels to thank her for helping with King George is the Green Room of Lancaster House. Look out for the distinctive green walls and gilding throughout.

Hampton Court Palace’s Privy Garden is used in the Queen’s garden scenes in Bridgerton Season 2. Look out for them in the scene where Queen Charlotte shows Lady Danbury and the Sharma sisters her new zebras.

Ranger's House, Greenwich. Katie Chan, CC BY-SA 3.0
The Bridgerton House location is the Ranger’s House in Greenwich, which famously became the show’s wisteria-draped mansion back in Season 1. It returns for Season 2, along with the trademark blossoms – which are actually added specially for the Netflix series, and adding this beautiful detail isn’t taken lightly.

“The biggest process was adding the wisteria to the front of the property, which involved constructing a temporary frame upon which the wisteria was attached...”
Paul Tomlinson, Supervising Location Manager

But English Heritage have revealed that the Ranger’s House was not the first choice for the Bridgertons’ Grosvenor Square home. It was originally considered as a filming location for the Featherington family’s townhouse.

Interiors including the staircase and hallway were filmed at RAF Halton. Halton House is a popular filming location today, but it was once one of Alfred de Rothschild’s lavish mansions. Along with the nearby Waddesdon Manor, the Rothschild buildings were designed in the style of French chateaux.

The real Featherington House is 1 Royal Crescent, which is used in exterior shots. While the interior doesn’t appear onscreen, you can visit this Bridgerton filming location in Bath to walk around its Georgian interiors.

Take a look around the elegant upstairs, and peek behind the scenes at the servants’ quarters as they would have been in the Featheringtons’ day.

Many of the Bridgerton settings are put together from a mixture of stately homes, but the Featherington house is a set. Nicola Coughlan confirmed at the time of Season 1’s release that the brightly coloured interiors were all created by production designer Will Hughes-Jones.

Building custom rooms allowed the production team to decorate them to the Featheringtons’ colourful tastes, which you’re unlikely to find in a typical stately home.

Old Royal Naval College, Greenwich. Albertistvan, CC BY-SA 4.0
Anthony’s carriage ride takes him through the Old Royal Naval College. In the scene, he scratches out names from his diary as he tries to meet an eligible lady.
He’s taking a similar route to Jack Sparrow’s carriage ride in Pirates of the Caribbean: On Stranger Tides, and passes several Cruella locations.

Bridgerton’s park with the covered bridge belongs to Wilton House in Wiltshire. It appeared in Season 1, and returns again in Season 2 as Anthony talks with one of the eligible daughters of the Ton.

Bridgerton’s market location was filmed at Greenwich’s Old Royal Naval College – we first see it when Eloise and Penelope shop and gossip at the market in ‘Capital R Rake’. Behind the stalls, you can catch a glimpse of the stone colonnades and the courtyard beyond.

The building in the background as they walk away from the stalls holds the Painted Hall. It’s an ornately decorated room with distinctive tiling and the painted ceiling that gives it its name. You can book tickets to tour it – and take the opportunity to see the filming location used in Disney’s Cinderella and more.

The First Ball of the Season 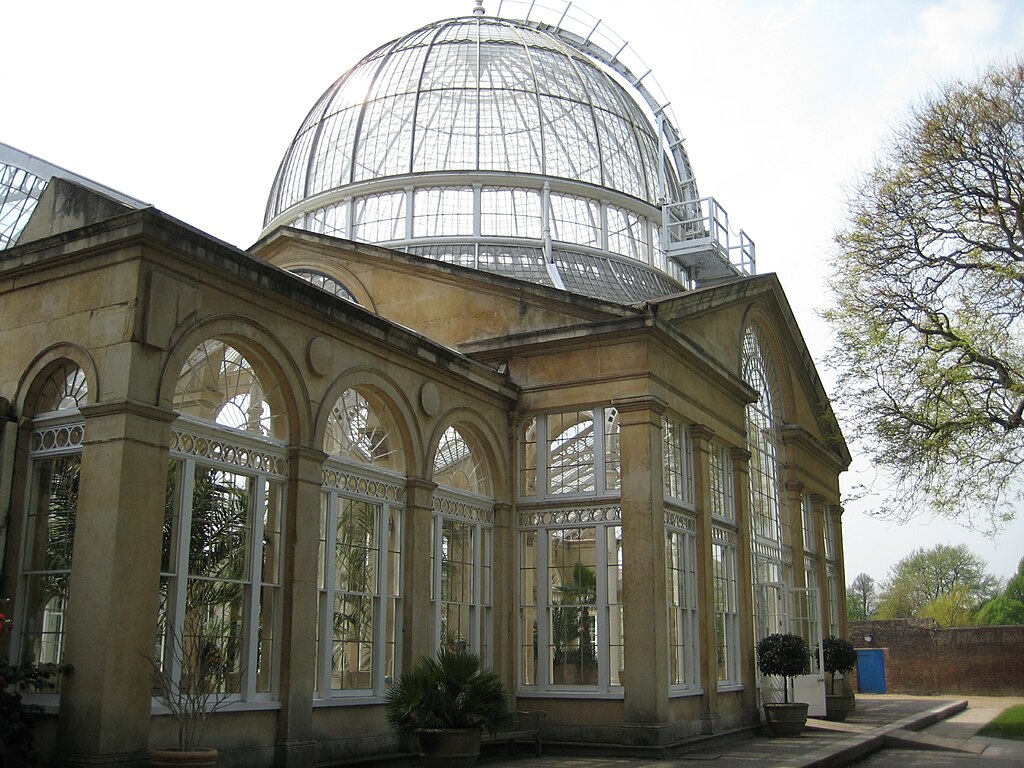 In the scene, the Queen expressed displeasure with Lady Mary, with Lady Danbury convinced she can meet the challenge. Lady Bridgerton embarrasses Anthony by announcing that’s looking for an eligible young lady. And Lady Featherington discusses the matter of Philippa’s dowry her suitor’s parents.

The Chancery Lane Printers location is the Master Carpenter's court at Hampton Court. This is where Penelope pays to have the Lady Whistledown Papers printed, and later Eloise is spotted searching for information on the enigmatic Lady Whistledown. As you can guess from the usual neat appearance of Hampton Court Palace, the shopfronts and market stalls have been added to the Master Carpenters Court for the Regency drama.

You can find Bridgerton's Chancery Lane filming location at the back of King Henry VIII's kitchens. The chimneys you can see in the background of certain shots belong to the Seymour gate. You might have spotted the Tudor brickwork already - this is, of course, in the older part of the palace, away from the locations where we see Queen Charlotte mingling with her court.

In Bridgerton Season 2, Will has taken on a club. This year, the Gentlemen’s Club location is a purpose-built set, replacing the two filming locations used in Season 1 as Simon and Anthony's club in London. Nicola Coughlan and Claudia Jessie revealed the new set in a sneak peek earlier this year, showing off the club’s gilded décor.

The Bridgerton Royal Ascot filming location is in West Wycombe, Buckinghamshire – just a few miles from the real Ascot Racecourse. Look out for its polo ground in the scene, doubling up as the famous horseracing track.

Look out for it in Season 2, Episode 2, ‘Off to the Races’. In the episode, Lady Danbury handles the introductions for Kate and Edwina Sharma, following Edwina’s announcement as Diamond of the Season.

Filming at West Wycombe Park is thought to have taken place back in August 2021. And you might have seen it onscreen, because this countryside location has hosted an array of productions including Downton Abbey, X-Men and Labyrinth. Though the polo ground itself doesn’t appear onscreen as often as the area surrounding the lake.

In Episode 5, 'An Unthinkable Fate', the boating lake scene where Kate Sharma is talking to a suitor is filmed on the lake at West Wycombe Park. You can see the island in the centre of the lake as Kate's rowing boat passes by, and a hint of West Wycombe's hill while the others talk in the shade of the trees.

Bridgerton’s filming location for Lady Danbury’s House is the Holburne Museum in Bath. Originally constructed as a hotel, the museum is Grade I-listed and houses its own Bridgerton-worth collection. If you visit the Holburne Museum, you’ll find displays of Regency items, so you can revisit the era from the series.

Look out for the exterior in Off to the Races when Anthony tries to explain himself to Kate and Edwina. Behind the eldest Bridgerton, you can see the corner of Sydney Place and Great Pulteney Street and the terraces’ Georgian architecture. The only real change here is that all the usual modern signage has been removed.

Bridgerton’s Aubrey Hall location is Wrotham Park, with Daphne greeting her guests at the front of the house. The Palladian mansion was designed in 1754, and has appeared onscreen in The Crown, Belgravia and Gosford Park.

Look out for it in ‘A Bee in Your Bonnet’ during Anthony’s flashback sequences as well.

Bridgerton’s Pall Mall scene was filmed at the Wrotham Park gardens. It appears in Season 2, Episode 3, ‘A Bee in Your Bonnet’ as the Bridgertons and Sharmas play Pall Mall, similar to modern croquet. The game fits the era – it was mentioned in accounts from the 1810s, surviving into the next century before it was overtaken.

The original Modiste filming location from Bridgerton was a café in Bath – again, this has been replaced by a set. According to behind-the-scenes accounts, the replica was introduced during Season 1. The set returns this year, so you can’t visit the current Modiste but you can still find the street that inspired it.

Bridgerton’s real Modiste location was the Abbey Deli on Abbey Green in Bath. The street also appears in market scenes, though in Season 2 the Old Royal Navy College takes over for Mayfair.

The Tea Shop in Bridgerton Season 2 is another set, though it’s inspired by real streets in Bath. This is another Bridgerton filming location that was revealed in Claudia Jessie and Nicola Coughlan’s guided tour. 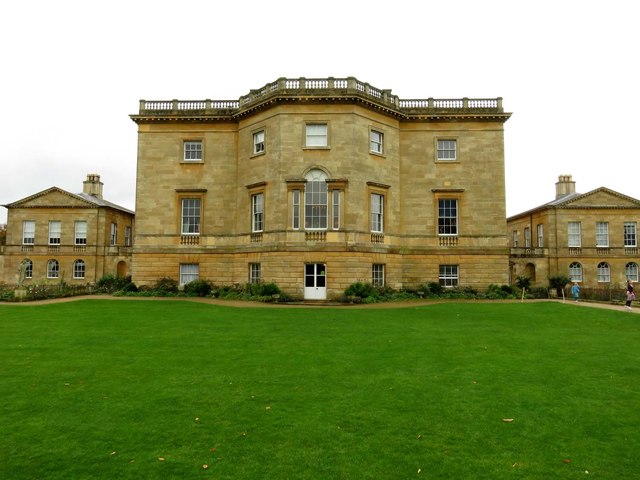 The rear of Basildon Park House
cc-by-sa/2.0 - © Steve Daniels - geograph.org.uk/p/4729803
One of the filming locations used for the Featherington Ball is Basildon Park's Parterre. It appears in Season 2, Episode 8, 'The Viscount Who Loved Me', as the outdoor party area at the controversial ball.

We also see another part of the Berkshire mansion in the scene. Lady Featherington reveals her scheme to the new Lord Featherington in the Garden Room of Basildon Park.

If you've visited this National Trust property, you might have discovered this room for yourself after tea time. It's located on the ground floor, just behind the cafe. The room us known for its unusually ornate walls, which really are as vibrant as they appear in the Bridgerton Season 2 finale.

These areas of the stately home aren't seen onscreen as often as some of the upstairs rooms. Basildon Park is also known as the interior location for Grantham House in Downton Abbey, the family's London residence. And it also appeared in Pride and Prejudice, with Keira Knightley and Matthew McFadyen's Lizzie and Mr Darcy dancing at a ball held in the dining room.