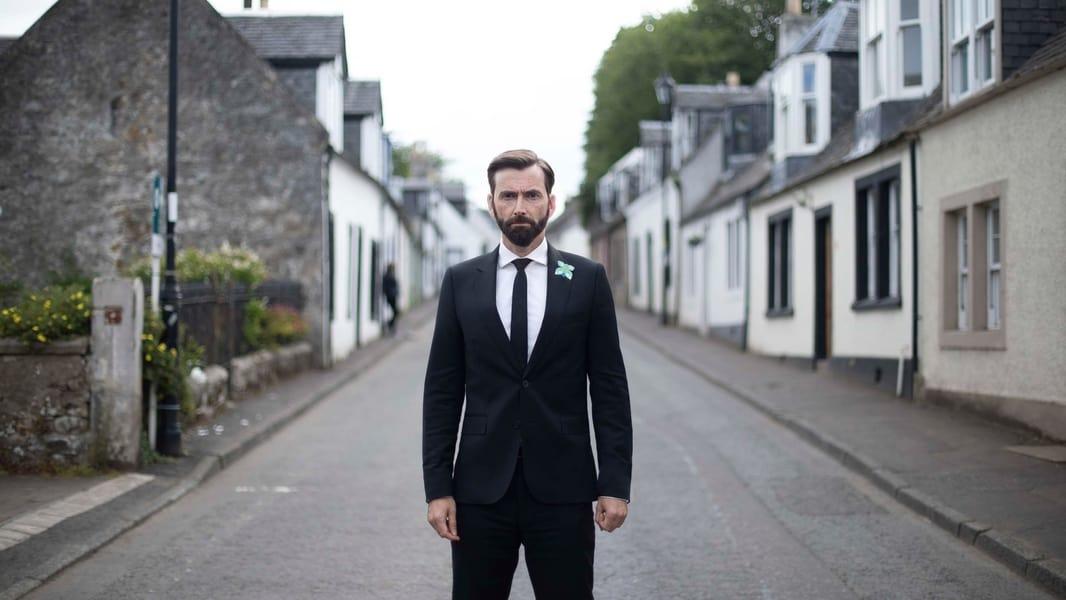 Channel 4 thriller Deadwater Fell’s filming locations in East Ayrshire and Renfrewshire are more important than you might think. David Tennant stars as the man whose family tragedy sparks distrust in a seemingly cosy community.

Is Deadwater Fell Based on a True Story?

Deadwater Fell isn’t based on a true story, but there’s a reason why it feels like it could be. Creator Daisy Coulam is fascinated by true crime podcasts, and the way the crime unfolds in them.

“I wanted to do something akin to a documentary – quiet and forensic – but one where the victims had a voice.“
Daisy Coulam, Writer and Creator

That’s why we see Deadwater Fell’s mystery from the villagers’ points of view, with the Campbell and Kendrick families at the centre of the mystery.

And of course, another thing that makes it feel realistic is that Deadwater Fell makes use of convincing filming locations. It’s not hard to imagine Kirkdarroch as a real community.

Is Kirkdarroch a Real Place?

Kirkdarroch is not a real village, but new thriller Deadwater Fell really was shot on the West Coast of Scotland.

So it’s a plausible backdrop. And while none of the filming locations are far from Glasgow, they’re definitely out of town. Like the fictional location, they’re just a short way away from country parks, lochs and beaches.

Where Was Deadwater Fell Filmed?

Deadwater Fell was filmed in Dunlop, an East Ayrshire town, and other scenes were filmed at Kilbarchan in Renfrewshire.

“It’s not anything like where I grew up, but it feels like a very recognisable place. I don’t know if that’s specifically Scottish but it’s the kind of community you could imagine being anywhere or in many places throughout Scotland.”
David Tennant, Tom and Executive Producer 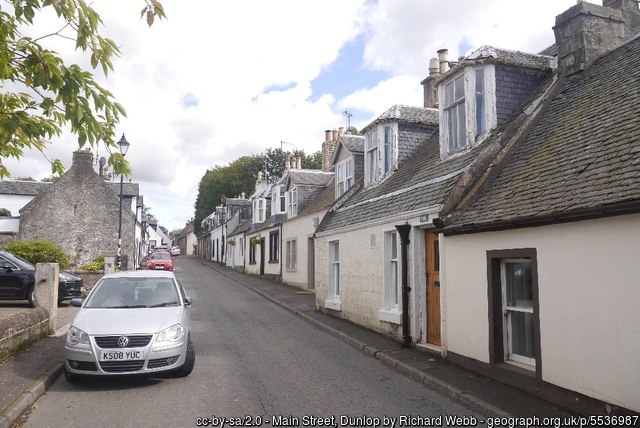 “We took over a little village called Dunlop and a lot of the residents became extras. They were all lovely and welcoming, as were the midges!”
Matthew McNulty, PS Steve Campbell

The Deadwater Fell team filmed on Main Street at the start of July 2019. You can see the road’s older listed cottages in the show as part of the neighbourhood. You can make out plenty of the area’s shops and houses in the show’s street scenes.

Crime drama fans might have seen Kilbarchan onscreen before. Ann Cleeves adaptation, Shetland, was filmed in the Renfrewshire village too. In fact, it features a lot – Shetland’s location for DI Jimmy Perez’ house is there.

Many of the Kilbarchan’s buildings date back to the 18th Century, and are listed by Historic Scotland - including the ones you see onscreen.

Of course, that’s one of the reasons why it makes such a picture perfect backdrop to an unsettling crime drama.

This is one filming location you can visit, and really learn more about the heritage while you’re there. National Trust for Scotland run the Weaver’s Cottage, where you can step back to the old days of the textile industry.

They’ve got a working, 200-year-old loom and plants used for dyes are grown in the garden! 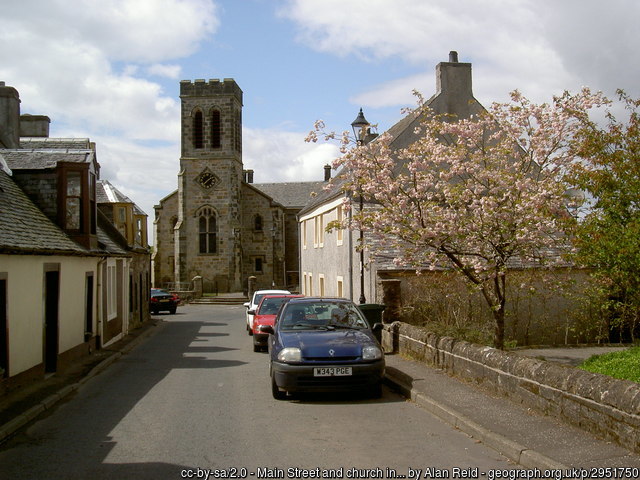 Main Street and church in Dunlop
cc-by-sa/2.0 - © Alan Reid - geograph.org.uk/p/2951750
The church seen in Deadwater Fell is Dunlop Parish Church, at the end of Main Street. You can see its square tower rising up at the front of the building, with the roof framing the clock.

Most of the building is dates back to 1835, though parts of its predecessors have been woven into the church. And the plot it sits on has been a Christian worship site since the 13th Century (today it’s part of the Church of Scotland).

Deadwater Fell’s school scenes were filmed in Dunlop. Dunlop Primary School was rebranded for the shoot, with a Kirkdarroch Primary School covering the usual one.

In the thriller, it’s one of the many places where seemingly respectable characters come under fire as tensions are heightened.

Culzean Castle is perched on the cliffs above it, and the Country Park sprawls around for miles.

It’s only a short drive from Dunure Harbour, an Outlander location that’s appeared in a few different guises. You might recognise it from Outlander Seasons 3 and 4.

Dunure’s beach is shingle, like parts of Culzean – no surprise since they share a patch of coastline.

In Deadwater Fell, we see the characters making use of Culzean’s stretches of dark sand as they play in happier moments.