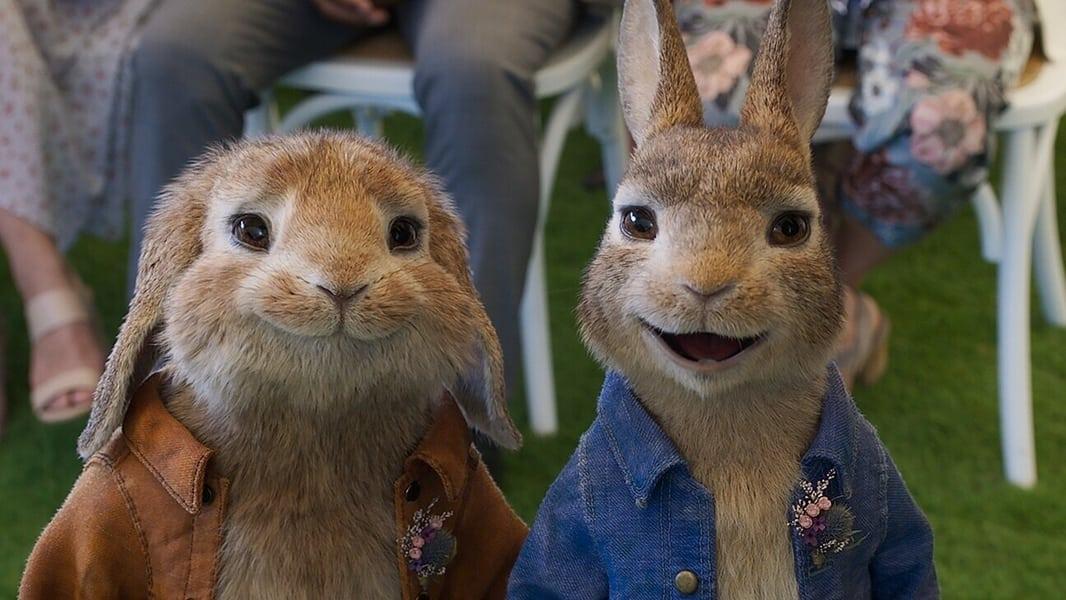 When publisher Nigel Basil-Jones (David Oyelowo) tries to cast Peter as the unlikeable Bad Seed in Beas’s next book, Peter runs away. Lost on the streets of Gloucester, he’s befriended by Barnabus (Lennie James) and his gang of tough-talking animals.

Where Was Peter Rabbit 2: The Runaway Filmed? 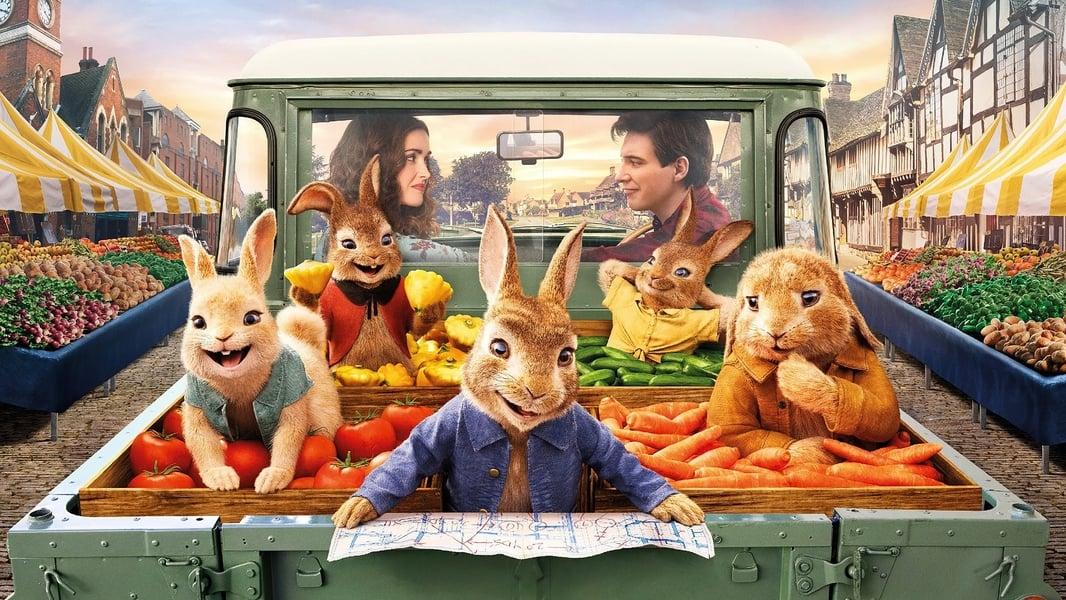 Peter Rabbit 2 was filmed in the Lake District at Ambleside and Haverthwaite, around Hill Street and Richmond Bridge in London, Gloucester Docks and a replica of the House of the Tailor of Gloucester. It’s just one of the carefully matched English-style sets in Centennial Park and Camden, New South Wales.

Here’s why Peter Rabbit and Peter Rabbit 2 were filmed in Australia, instead of exclusively appearing in the Lake District National Park...

The Beatrix Potter characters in Will Gluck’s adaptation were animated by Animal Logic, who are based in Sydney. So they could easily keep a close link between their high tech base and the set.

Fortunately Centennial Park, situated between Bondi Beach and Fox Studios, was planted with convincingly European greenery. As it happened, the biggest challenge was recreating the UK’s natural light in Australia, where the sunlight is stronger.

The team came up with a large-scale solution, used when both Peter Rabbit movies were filmed in Sydney.

But fortunately, the Lake District National Park does appear in the film. And other sequences match UK locations with incredible attention to detail.

Can you spot the joins? It’s harder than you think, with centuries-old shops being nearly perfectly replicated on the Peter Rabbit set in Sydney.

So what’s the real story behind Bea and Thomas’s toy shop location?

Locals spotted the Ambleside shoot in progress with the toy shop decked out in McGregor’s Toy Shop signage.

So we think the Peter Rabbit 2 toy shop scenes are real Ambleside footage plus a few additions shot in Australia for the stunt moments.

Peter Rabbit 2 filming at Haverthwaite Station and along the railway line took place back in April 2019. It’s a working line Peter Rabbit fans can really visit for a train trip, and that’s not all.

Rather delightfully, Lakeside and Haverthwaite Railway serves real Beatrix Potter country, and the World of Beatrix Potter attraction in the heart of the Lake District. And of course, everywhere you look you’ll find the scenery that inspired the author’s original Peter Rabbit illustrations.

The billboard location in Peter Rabbit 2 is shown above Waterstones on the corner of Hill Street and Red Lion Street in Richmond. And of course, above a bookshop is the perfect place for the Beatrix Potter book characters to appear.

In the film, Peter, Benjamin, Flopsy, Mopsy and Cottontail are thrilled to see their portraits on the billboard. Unfortunately, Peter Rabbit and friends were added with CGI, but you might just find one of their books inside the shop.

The bridge where Mr MgGregor and Peter Rabbit’s car trouble begins is Richmond Bridge – and this sequence is fairly geographically accurate.

It’s not Gloucester at all, but the unlikely duo’s route actually works. Here are some of their next stops all filmed over a week in spring 2019.

You’ve got to be quick to catch the shop finally making a cameo, but it’s a nice bit of continuity to see it onscreen.

We finally see the shopfront in the background in the scene where Mr McGregor pushes his car uphill. Its neighbour, The Victoria Inn, is seen in the shot with its own signage.

The hill Mr McGregor’s car rolls down is also in Richmond – the exact filming location for this Peter Rabbit 2 scene is Hill Rise.

Peter Rabbit and Mr McGregor haven’t gone far. You’ll find Teddington Cheese on this same road, so they had only gone a few metres further during the montage.

Mr McGregor’s car rolls in the direction of... Waterstones, where the Peter Rabbit billboard scene was filmed!

The scene where Peter meets Barnabus as he steals fruit was filmed on Duke Street in Richmond. And the exact Ginger and Pickles Fruit and Veg Shop filming location is Debraggio in Richmond, an Italian restaurant.

As with Pemberley Cheeses some of the neighbouring shops are seen onscreen, with their real signage visible. There’s a pet shop further along the street, which you might have noticed in the film.

Peter Rabbit and Barnabus may have been added with CGI magic, but you’ll easily be able to recognise this Peter Rabbit 2 location.

The Basil-Jones Publishing office scenes were filmed at The Gallery in Richmond. Every time we see Bea, Thomas or Nigel Basil-Jones drive up to the entrance, they’re pulling up in Heron Square.

It’s actually very close to the other Richmond Peter Rabbit 2 locations. Heron Square is just off Hill Street, which links the billboard location and the road Mr McGregor’s car rolls down.

Locals might know it as the home of the Duck Pond Market which is held every weekend, filling the square with speciality food stalls and treats.

The Tailor of Gloucester’s Shop

The House of the Tailor of Gloucester featured in Peter Rabbit 2, but this looks like a closely matched replica built in Australia. As you’ll know if you’ve visited the enchanting World of Beatrix Potter shop and visitor attraction, there are a few differences in layout.

Onscreen there’s an alleyway running alongside the shop that allows the Tailor of Gloucester to park his van alongside. And of course, unknowingly chauffeuring his thieving stowaways to and from the market.

The real Tailor of Gloucester’s shop is in College Court, in the heart of the historic Gloucester city centre. You’ll find a stone gate beside it, as seen in the film – this is St Michael’s Gate, which opens out onto Gloucester Cathedral.

And is the House of the Tailor of Gloucester that stands today, the real home of the tailor from the children’s book? Not quite, but it’s very close.

Amazingly, Beatrix Potter’s Tailor of Gloucester is based on a true story.

Or at least, the story really was recounted around Gloucester by a Westgate Street tailor, and after hearing the story, the author and illustrator sketched his shop. Westgate Street runs along the other end of College Court, so geographically it’s not far off at all. 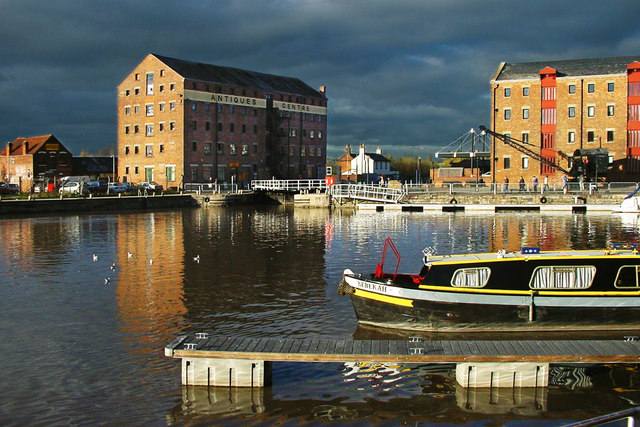 Gloucester Docks. Mike Baldwin, CC BY-SA 2.0
The real Gloucester Docks appear in Peter Rabbit 2 – though the characters don’t spend time there. Gloucester’s Victorian wharfs are seen in an overhead shot as part of the travelling montage near the end of the film.

Looks familiar? You might have seen them from ground level in Alice Through the Looking Glass. The live action adaptation features the Historic Docks as Alice’s ship docks following her adventures around the world.

Gloucester’s Historic Docks are free to visit, with Gloucester Quays outlet shopping centre housed amongst the Victorian warehouses. The industrial buildings surrounding the water’s edge are home to cafes and local shops, making it an easy place to spend time.

If you’re interested in the history of life on the water, the Gloucester Waterways Museum is located in the same complex.

The building it’s housed in is located at near the entrance as you approach from Gloucester Cathedral and the House of the Tailor of Gloucester.

The cottage in Peter Rabbit and Peter Rabbit 2 is in Centennial Park, Sydney. Both Peter Rabbit movies are set around the Lake District in England, so the set was built to replicate a local farmhouse... did you spot the switch?

The Sydney Morning Herald caught construction in progress, with the walls of the seemingly centuries-old McGregor house popping up in flatpack format.

It’s a huge project, but as we know, it allowed as much location filming as possible to take place on the advanced animation team’s doorstep. So if a city park seems like a strange place to drop an English country cottage... now you know why Peter Rabbit was filmed in Sydney!

We think the Nakamoto Family Farm scene was filmed at Brownlow Hill in NSW, whose geography matches what we see in the scene.

It’s a rural area just southwest of Sydney, and a location shoot for Peter Rabbit 2 took place in Brownlow Hill.

Where Was Peter Rabbit Filmed? 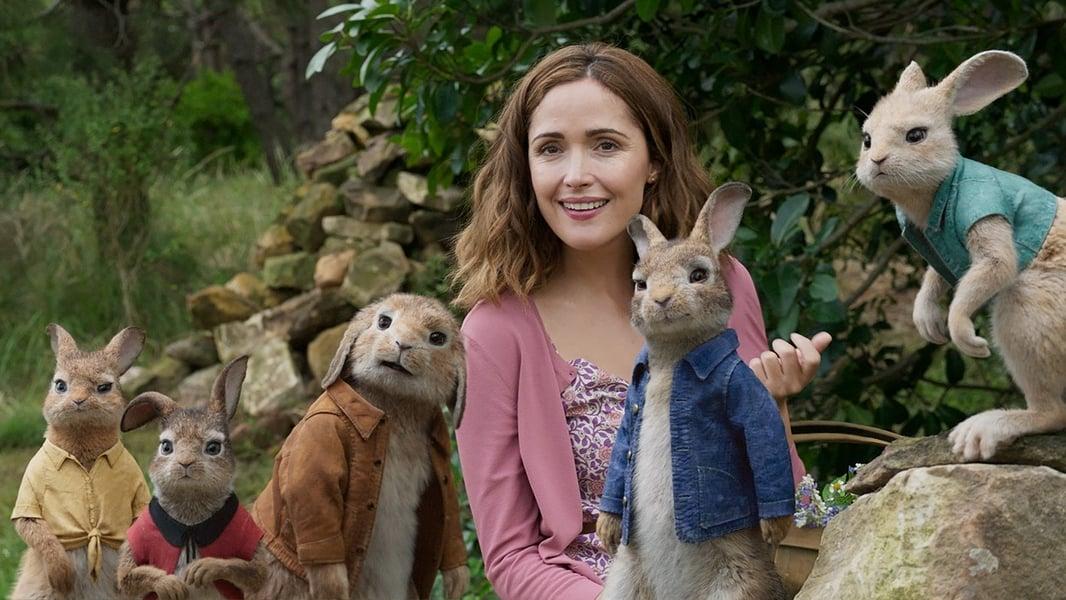 Peter Rabbit (2018)
Peter Rabbit was filmed in Kensington in London, Windermere and Ambleside in the Lake District, and Sydney and Camden in Australia. McGregor’s garden was located in Centennial Park in both films – though one location was changed between Peter Rabbit and Peter Rabbit 2.

The Land Rover pulls up outside Windermere Post Office in Crescent Road, Windermere in the first Peter Rabbit movie.

Windermere is in Cumbria, not far from Ambleside, and again it’s right in the middle of Beatrix Potter country. Locals were cast as extras for the Lake District location shoot back in spring 2017, giving the scene an extra dash of authenticity to balance out the Australian shoot. 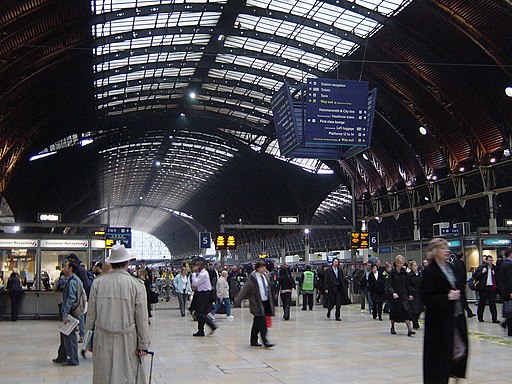 Paddington Station. Photograph: Phychem, CC BY-SA 3.0 , via Wikimedia Commons
In the first Peter Rabbit film, the Paddington Station filming location is Central Station, Haymarket in Sydney. UK-style signage announcing Paddington Station Travel Information Centre and the likes, popped up around the station for the duration of the shoot.

The station remained in use throughout, meaning Sydney commuters were greeted by an unexpected trip to ‘London’ for the week.

Australian stations were used for Peter Rabbit’s railway scenes, but of course, Peter Rabbit 2 replaced these locations with more authentic ones. As we already know, they were filmed closer to home in the Lake District.

How can you substitute anything for the prestigious Kensington shopping destination? But aside from being two of the most famous British names around, there’s a fitting connection to the past hidden in the Peter Rabbit toy shop scene.

Thomas McGregor’s rather smart job in Harrods and the garden rabbits’ adventures in the toy department are a new twist on the tale. You might be surprised to know the same toy department actually inspired the creator of Peter Rabbit.

Beatrix Potter visited Harrods for inspiration on the very first Peter Rabbit toys, https://www.luxurydaily.com/peter-rabbit-hops-into-harrods-in-film-affiliation/ so the movie partnership isn’t as unexpected as you might think.

The bridge scene where Mr McGregor tries to throw Benjamin into the river was filmed at Macquarie Grove Road Bridge in Camden, New South Wales.

Despite looking like a rural heartland, the area is a filmmaking hotspot. X-Men Origins: Wolverine, Australia and The Sapphires were filmed in the area, making use of Camden’s countryside and relative proximity to the Sydney.