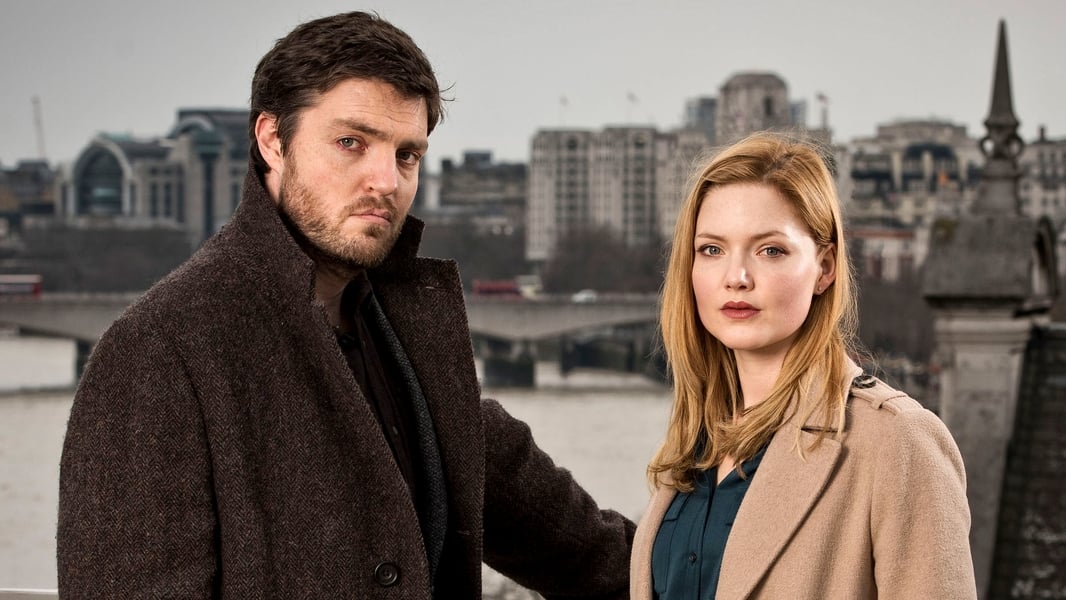 In the third Cormoran Strike book, we’re plunged straight into the killer’s mind as he mulls over his most recent murder and contemplates his next crime.

The BBC adaptation of Career of Evil only gives us a hint of the sinister goings-on before the case lands on the detective's doorstep in spectacularly grim style.

Tom Burke and Holliday Grainer return as Strike and Robin as they deal with crimes that come far too close to home. And with the clues sending the duo further afield, the Strike: Career of Evil filming locations take us to a totally new setting.

Where was Strike: Career of Evil Filmed?

As Strike narrows down the suspects, his leads take him away from the unlikely familiarity of London. J.K. Rowling, who writes the series under the name Robert Galbraith, has said:

“It was implausible that all three of these suspects would conveniently be down the road in London. I chose very deliberately where they would come from.”

One of the suspects is traced to Robin’s own part of the world, Cumbria, while he later tracks another to Melrose in the Scottish Borders. Following the series’ trend of filming on location in its setting, the production duly headed north - after visiting the show’s usual haunts of Soho and Fitzrovia.

One of the early scenes of Strike: Career of Evil was filmed in Whitechapel, famous in crime lore as the scene of the Jack the Ripper murders. Today though, it’s known for its edgy culture which ranges from galleries and design studios to trendy bars.

Robin walks the northern end of Tottenham Court Road, passing its vast home furnishing stores and electronics outlets, where she is seen answering a phone call. It’s a ten minute walk from Denmark Street, where Strike’s office is based. She later observes a woman walking into an infamous club on the same section of road.

In another moment, Robin sits listening to her messages from Matthew, then deletes them, on a bench. She is actually in Whitfield Gardens, just behind Goodge Street Underground Station, which she is seen passing as she answers Strike’s phone call.

Robin and Strike Leave the Pub

Robin and Strike are seen leaving a pub which was first seen in episode three of The Cuckoo’s Calling. This Strike pub filming location can be found in Charlotte Place in London’s Fitzrovia, again just a short walk from the setting and filming location of Cormoran Strike’s Denmark Street office.

Duke of York. Google Streetview.
The Tottenham is a fixture in the books and TV series. The Duke of York pub, also in Fitzrovia, has played the pub throughout the first three mysteries.

Strike drops Robin at Hazlitt’s hotel in Soho, before pursuing him through a club, Circa. Both locations are found on Frith Street in Soho, just around the corner from roads seen in earlier instalments.

Then the investigator pursues the man along a Soho street. It’s actually Bateman Street, which we last saw in The Cuckoo’s Calling – Robin tracked the investigator down at the Dog and Duck pub.

Strike confronts a suspect in the street in a London suburb towards the end of the first episode of Career of Evil. This high street filming location is Catford Broadway in southeast London – the busy shopping district lies behind the South Circular, and the large buildings behind are its theatre and civic centre

Barrow in Furness provided a number of Career of Evil’s Cumbrian filming locations, all seen in the first episode of the two-parter, with the densely built-up Barrow Island playing a starring role.

The characters are also seen at the Michaelson Bridge, a road bridge which links the island to mainland Barrow – although the creation of the Devonshire Dock Hall in the 1980s effectively changed local geography by filling in the land between the two.

Devonshire Dock Hall, in the Barrow dockyard provides an unmistakeably industrial backdrop to Strike’s third investigation. Like the other Cumbrian locations, this submarine and shipbuilding hall features in the first episode of Career of Evil.

Where was Career of Evil’s pub filming location? The Crow’s Nest is very easy to find because it is actually a real pub, yet again in Barrow Island.

The author was spotted researching the location for her novel back in 2014, where she was seen at The Last Resort Café as well as The Crow’s Nest – and Barrow residents were quick to spot more real local destinations in the book.

“[Rowling has] been to almost every place she writes about,” says Strike director Charles Sturridge. “To the extent that when she first saw a screening of the first half of Career Of Evil, at the end she said: "What I love is that they’re sitting at the table in the pub that we sat at in Barrow-in-Furness." Robin was sitting at the same table that she sat at.”

Cormoran Strike is seen at a petrol station during the drive north, and the shoot didn’t escape the notice of locals.

The filming location was Leyburn Filling Station on Middleham Road in Leyburn, North Yorkshire. It’s just half an hour away from Masham, which readers of the Strike books might remember as Robin’s home town – and both are part of scenic Wensleydale. This picturesque part of the world couldn’t be further from the grittier side of London we’ve come to expect from the Strike series, something Cormoran hints at when he comments on Robin’s four-wheel drive.

This petrol station is actually north east of Masham, so while the region is spot-on this would make for an inconvenient route if you replicated it.

Robin’s family church is supposedly local to her home of Masham, near Harrogate. Yet again, Strike uses the setting as its own filming location – Career of Evil’s church scenes were filmed at St Mary’s Church in the North Yorkshire town.

The Norman building's interior and exterior are both seen onscreen, along with the road in front and car park (the car really does approach from the south, as if they had arrived from London).