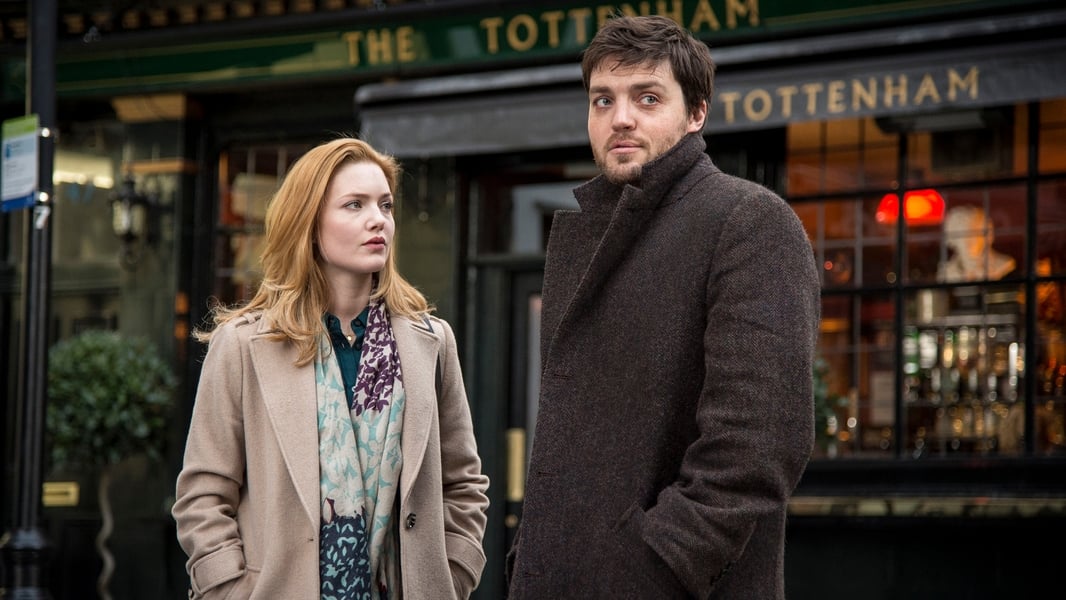 Where was Strike: The Cuckoo’s Calling was filmed? Fans of the book might already know the answer, even if their detective skills aren’t up to Cormoran Strike and his accidental assistant Robin’s standards.

It’s not often that a television series’ filming locations almost exactly mirror the settings they are meant to depict, but this one comes very close.

Strike, the BBC’s catch-all title for the planned series of adaptations, takes on JK Rowling’s crime novels following the detective starting with The Cuckoo’s Calling. The Harry Potter author wrote under the pseudonym Robert Galbraith though her identity was infamously revealed later, but she has kept the moniker as a way of separating each line of work.

The Cuckoo’s Calling is set in the heart of London, and Rowling is said to have researched each location, getting a feel for each spot before it earned its place in the books. And its filming locations are all found almost exactly where the novel and screenplay place them.

The detective’s office is found near Tottenham Court Road, and other events cross the city centre with one foot in an underworld of poverty and the other in the luxurious world often just around the corner.

David Dixon / Denmark Street. Wikipedia
Exterior shots of Cormoran Strike’s office were filmed on Denmark Street, just off the winding Tottenham Court Road. Its busy location and proximity to the not-so-quiet CrossRail works at the tube station of the same name caused a few difficulties, with producer Jackie Larkin having to schedule filming for first thing on a Sunday morning before the area came to life again.

It’s an eclectic row of shops to delight any music lover (the street’s studios, agencies and cafes were frequented by the likes of David Bowie, Elton John and the Rolling Stones in their early days), punctuated by half-hidden doorways leading to the offices and flats above.

And behind one such doorway and up a stair we would find Robin making coffee – except the interiors were shot on a set.

In a part of Knightsbridge just north of the bustling museums and green awnings of Harrods, Rutland Gate is an elegant row of white-pillared townhouses which faces onto a park. It’s quietly imposing, and while the novel places Lula's flat on the fictitious Kentigern Gardens in Mayfair, this street captures a similar vibe.

Although in actual fact, the location proved so difficult to nail down exactly that each part of the apartment building was filmed at a separate location. Rutland Gate was just used for exterior shots.

Robin exits the Leicester Square Underground Station on Charing Cross Road. As anyone who has used the station will know, there are several entrances which pop up on various corners of the road.

The one the detective’s soon-to- be assistant selects is the furthest north, and the closest to the location of Cormoran Strike’s detective agency.

The classic British coffee and comfort food café where Strike waits for his latest lead, Rochelle, is found in Shepherd’s Bush. In the book, the scene takes place in McDonald’s but the neighbourhood diner setting is a good fit, with the detective intruding into Rochelle’s own little world.

Zippy Diner on Goldhawk Road was used for the meeting. It lies just a few paces from Shepherd’s Bush Green and Shepherd’s Bush Market – where Rochelle is seen dodging between stalls just moments later, making her route a completely feasible one.

Strike dropped off by Nico

Lula’s favourite driver, Nico, drops Strike off in Greek Street in Soho. Lined with bars and restaurants of all kinds of international cuisine, this location backs onto the flagship Foyle’s bookshop on Tottenham Court Road.

If the detective walked around the block and crossed the road, he would be back at the office in a few short minutes. It’s another spot-on location.

Emblazoned with a glowing ‘café’ sign over the restaurant’s name, the Ariana II Afghan Restaurant was chosen by Strike and Lulu’s uncle, John Bristow, for their meeting. Strike would have had a long walk from his office to the eatery – on his approach, the red lanterns of a Chinatown celebration are seen in the background as he walks north along Dean Street.

In the next shot, he opens the door. You won’t find this restaurant in Soho though, Cormoran has actually been transported to Kilburn High Road in the north-west of the city. Once he arrives he’s home dry though, the interior shots were filmed here too.

Duke of York.
Oxford Street pub The Tottenham (now renamed the Flying Horse) stands at the eastern end of the
shopper’s paradise. It’s said to have inspired Strike’s local in the novel, but the pub seen onscreen is found further off the beaten track in the heart of Fitzrovia.

It’s just a little way to the north but the tone immediately switches from the biggest brands to trendy boutiques and businesses, and buzzing pubs that have barely changed at all in their long histories.

Strike arrives at a high-rise block to track down Rochelle at her flat, but makes a startling discovery. Events play out differently in the book, but with the same end result, and while this block is a little out of Rochelle’s Hammersmith locale the building style is very similar to the design used on several estates to the west.

It’s actually Hoxton’s George Loveless House, found on an estate only a couple of roads away from Hoxton Square’s hipster scene.

At the start of the second episode, Strike is shown talking on his phone to DI Eric Wardle about Rochelle. He is actually walking north along Kingsland High Street in Dalston – home to the area’s smaller local stores, shopping centre and part of the route of the A10 which connects central London with the north side of the M25.

Returning to London’s East End, Strike finds himself on Kingsland High Street once again. This time, he exits the Overground at Dalston Kingsland Station and steps into the waiting car.

The area lies on Hackney’s fringes, and is up-and-coming like its neighbours with quirky destinations springing up amongst the neighbourhood’s old staples. It’s typical of the dual society we see so much of in The Cuckoo’s Calling, and exactly the sort of area where Ciara Porter and Evan Duffield could hang out.

Leaving the city centre behind for the suburbs, Strike heads to Lady Yvette Bristow’s house to speak to the ailing matriarch – with or without John Bristow accompanying the unofficial interview.

Described in the Robert Galbraith novel as the “red brick” Franklin Row in “genteel and leafy Chelsea”, the actual filming location is right out in Surbiton where comfortable detached houses hide behind the bushes.

Leafy is certainly an accurate description, even if we have left smart flats behind for the spiritual home of The Good Life (which incidentally wasn’t filmed in the suburb it made famous).

Strike catches sight on Tansy in Tony’s arms on Queen’s Gate, a Kensington street lined with white porticoed terraces where the apartments within can easily sell for several million pounds.

The pair then walk into K Bar at the Town House Kensington hotel, situated opposite the spot where Strike first photographs them.

We watch as Strike waits in the entrance to a Church (incidentally the same Church that was used to film Keira Knightley's wedding sequence in Love Actually) and Tansy emerges from a doorway across the road.

Her route takes her from South Audley Street through a secluded square, Mount Street Gardens, which really are just around the corner from each other. Both locations are situated in prestigious Mayfair, framed by Hyde Park, the Dorchester and Claridge’s.

Lucy drives Strike, dropping him off before he sees Lady Yvette Bristow. The spot where he steps out is Knightsbridge’s Ennismore Gardens, just two streets away from Rutland Gate – the exterior filming location for Lula Landry’s flat.

Robin searches for the detective and finds him in the Dog and Duck pub on Bateman Street. It runs between Soho’s Dean Street and Greek Street, placing it firmly in the heart of Strike’s territory.

In the third episode of The Cuckoo’s Calling, Strike needs answers from Tony Landry. He waits for Lula’s uncle in Buckingham Street, then questions him with mixed success before Tony hops into a cab.

At one end of the cul de sac an area of parkland is just visible beyond a set of railings. It’s not Hyde Park or St James’s, this is actually Victoria Embankment Gardens.

This smart little street could fit right in anywhere in Mayfair or Belgravia, but this collection of brick and whitewashed houses lies just behind Charing Cross Station, a block away from the Adelphi Theatre and further along the Strand, the prestigious Savoy hotel.

Robin tries on some rather expensive dresses in the Vashti boutique while finding out more from the assistant and pretending it’s nothing more than a girlie gossip. Later, Strike returns to question the employee.

Onscreen boutiques aren’t always what they seem. As the Strike series has already proven, though, it goes the extra mile. The interior and exterior were both filmed on location in Mount Street, at high end designer Christopher Kane’s flagship Mayfair boutique.

In the third episode, Robin uses Lula’s university library card to access her borrowing history, hoping it will reveal more about Lula’s sudden interest in her own African heritage.

The University of London’s SOAS specialises in Asian, African and both Near and Middle Eastern studies, and plays itself in the detective drama. It is located just off Russell Square, and is in a dream location for a university campus with the University of London’s own Senate House Library on its doorstep and the British Library and British Museum just a stone’s throw away to the north.

Robin is seen walking to meet Strike at his local, The Tottenham, to share the details of her trip to SOAS. The route she takes is quite plausible, as she could leave the university library, walk towards and across Tottenham Court Road and into Fitzrovia, taking a couple of turns to end up outside the pub's filming location.

Strike returns to Ennismore Gardens in Knightsbridge, to share the suspicions he has after delving further into the case.