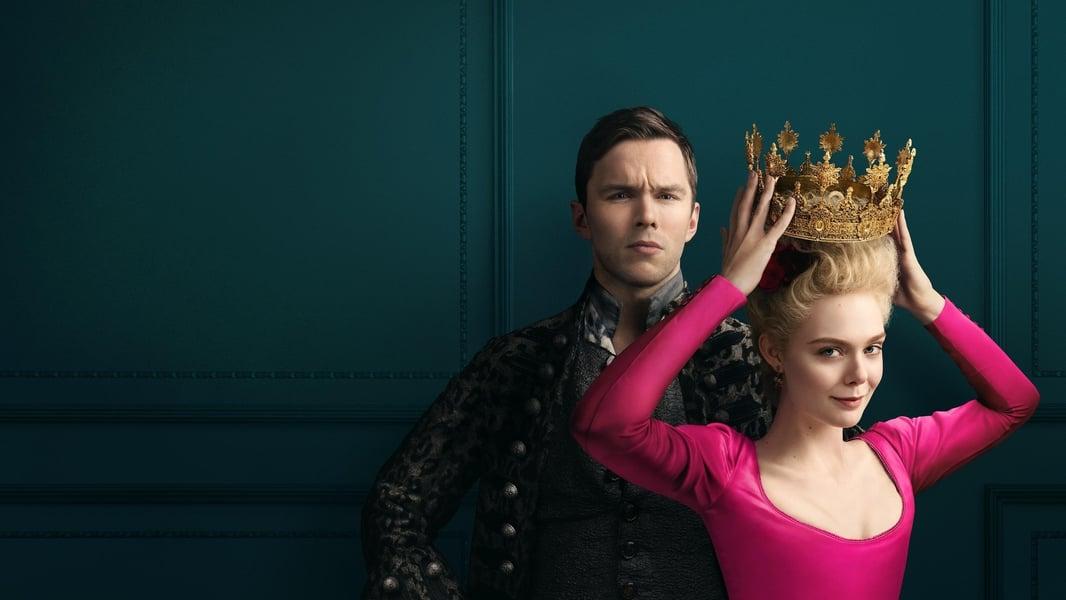 Most of Catherine the Great (Elle Fanning), Peter III, Emperor of Russia (Nicholas Hoult), Count Orlo (Sacha Dhawan), Grigor (Gwilym Lee), Georgina (Charity Wakefield) and Marial’s (Phoebe Fox) scenes are set there. None of the filming locations are in Russia, let along St Petersburg. But the long list of historic castles and palaces share design styles with the Russian palaces of the era.

And since this Catherine the Great comedy drama sets out to take a different kind of look at the past, the production’s happy to have a little bit of fun with the visuals too.

Where Was The Great Filmed?

The Great on Channel 4, Hulu and StarzPlay was filmed at Hatfield House, Hever and St Clere in Kent, on location at the Royal Palace at Caserta.

And more than 20 sets were built at Three Mills Studios, the show’s London filming base. The Winter Palace in St Petersburg is the setting for most of the action, and it showcases several of The Great filming locations alongside custom-built rooms on a suitably decadent scale.

And even when the rooms aren’t historic, their contents are a blend of characterful custom designs and real antiques.

Production designer Francesca di Mottola and set decorator Tanya Bowd decked out the locations and studio sets with a combination of decadent and whimsical custom pieces, and antiques.

Many of those antiques were sourced from real Belgian markets across Europe. Di Mottola and Bowd even tracked down historic Russian documents, maps and books to bring back just the right amount of authenticity. 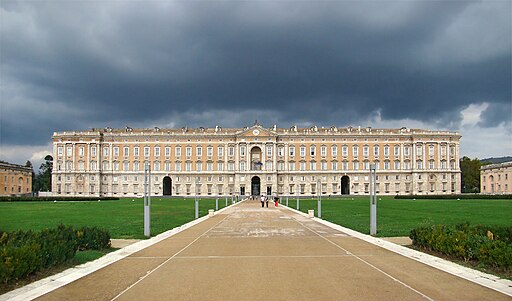 “We selected the palace because it doesn’t have a lot of movement to it and is more Russian baroque, classical, and very similar to the original winter palace…”
Francesca di Mottola, Production Designer

Reggia di Caserti was constructed for King Charles of Bourbon, who had conquered Naples in the 1730s and wanted to make his mark. Work began in 1752, taking inspiration for the design from the Palace of Versailles as well as Rome’s architecture.

We don’t see the full extravagance of the palace, since The Great filming locations for the interiors are mostly found in the UK and on a sound stage. It actually houses over a thousand rooms, including its own Court Theatre.

History changes the timeline a bit, and the concept behind The Great on Channel 4 combines a few royal palaces from the era, but for comparison’s sake…

The real Winter Palace in St Petersburg is equally ornate, following the improvements made by the true Catherine the Great and 19th Century additions.

The real Catherine arrived at the Russian court as Princess Sophie of Anhalt-Zerbst in 1744 – but the palace existed in something like a similar form at the time. The fourth and current incarnation of the Winter Palace is an upgrade on the third version.

Commissioned by Tsaritsa Anna in the 1730s, the third Winter Palace was built on the sites of the Apraskin Palace in St Petersburg and its neighbours. Her successor would turn it into the Versailles-inspired palace that Catherine the Great inherited.

Royal Palace of Caserta. Carlo Pelagalli, CC BY-SA 3.0
The Great’s Winter Palace’s garden scenes were also shot at the Royal Palace of Caserta’s Royal Park. Again, the Versailles influence of the gardens would have delighted the Russian court of the era, so it’s a natural-looking setting for the Catherine the Great drama.

In fact, the distinctive lakes hemmed in by follies designed to look like ancient ruins are part of the English Garden. They’re matched closely in style by gardens at stately homes back in the UK, allowing the production to blend in scenes shot in Yorkshire.

Castle Howard in the North of England was also used as a filming location for The Great’s Winter Palace gardens. The castle is perhaps best known as Brideshead in Brideshead Revisited, and recently featured as Clyvedon Castle in Bridgerton.

The Staircase and Entrance

Look out for the same staircase and doorway in the Sistine Chapel scenes in Angels and Demons as the Preferiti gather. This corner of Caserta Royal Palace was also used as part of the Vatican in Mission Impossible 3, along with the façade.

The grand hall of the Winter Palace is a set built at Three Mills Studios – in fact it’s the largest set. The hall took three months to build, and involved a lot of gilding.

The production team got through countless pots of gold paint and 20,000 sheets of gold leaf to make The Great’s Winter Palace hallway shine.

The Great’s throne room filming location is the Marble Hall at Hatfield House. Several other rooms appear in the Catherine the Great series, including the Long Gallery.

Hatfield was the main filming location for The Favourite, which was co-written by Tony McNamara –creator and executive producer of The Great.

It might seem like a contrast to the Royal Palace of Caserta’s stucco and marble. But there’s a reason why Hatfield’s dark Jacobean wooden panelling and tiled floors were chosen to represent the palace.

“We wanted the palace to feel so big that it allows for different styles in each room… We wanted it to feel like the people didn't really know each other, and the variety of styles enhanced that notion…”
Francesca di Mottola, Production Designer

In other words, The Great on Hulu’s filming locations try to represent enough of the Winter Palace’s style to set the scene. But beyond that, they’re mixed and matched from the era, and pieced together around the characters.

And so, we see Hatfield’s darker interpretation of Baroque style alongside the gilded, Versailles-influenced halls and Catherine’s elegant bedroom.

Belvoir Castle. Jerry Gunner from Lincoln, UK, CC BY 2.0
Catherine the Great’s bedroom scenes were filmed at Belvoir Castle for the pilot, and later recreated at the show’s studio base. The castle’s rooms were given a luxurious update for their cameo however.

Griffin and Wong supplied 27 rolls of handpainted wallpaper to make Belvoir even more luxurious for the Russian Empress.

Belvoir’s construction falls on the later side of Catherine the Great’s reign. In fact, she died in November 1796 and the current incarnation was built between 1801 and 1832. Designed by James Wyatt, it’s certainly grand enough to pass for the Russian palace.

Other rooms used by Catherine share a similar aesthetic, like Belvoir Castle’s Regent’s Gallery (recently used as a Windsor Castle location on The Crown).

The Italian Loggia at Hever Castle was used for The Great’s meeting with the Swedish King and Queen in Season 1.

While some of the Winter Palace scenes were filmed at Caserta’s English Garden, the Italian Loggia sits in Hever’s Italian Garden. The area was designed to house William Waldorf Astor’s sculpture collection, and features the Nymph’s Fountain based on the Trevi Fountain in Rome.

It’s one of several attractions built around Hever Castle’s lake, along with an Edwardian boat house and Japanese Tea House folly.

Oast House Archive / St Clere
St Clere Estate at Sevenoaks in Kent was used for The Great’s battlefield scenes in Season 1. The estate was once owned by the father of Anne Boleyn, though Henry VIII’s ill-fated second wife grew up at another Kent property and The Great filming location, Hever Castle.

Though this episode shows us a less than picture-perfect impression of the estate, St Clere is made up of a 17th Century main house, community of cottages, and a series of gardens. They include terraces, a Lime Avenue, a newly planted avenue of walnut trees and a Bear Pit (don’t tell Peter III).

It’s not the first time St Clere has appeared onscreen. The Kent mansion was the filming location for Gossington Hall in the 1980 adaptation of The Mirror Crack’d. The Agatha Christie movie is famously star-studded, featured Angela Lansbury as Miss Marple alongside the likes of Elizabeth Taylor, Rock Hudson, Tony Curtis and Kim Novak.