The Pale Horse Filming Locations: Chelsea to the Cotswolds 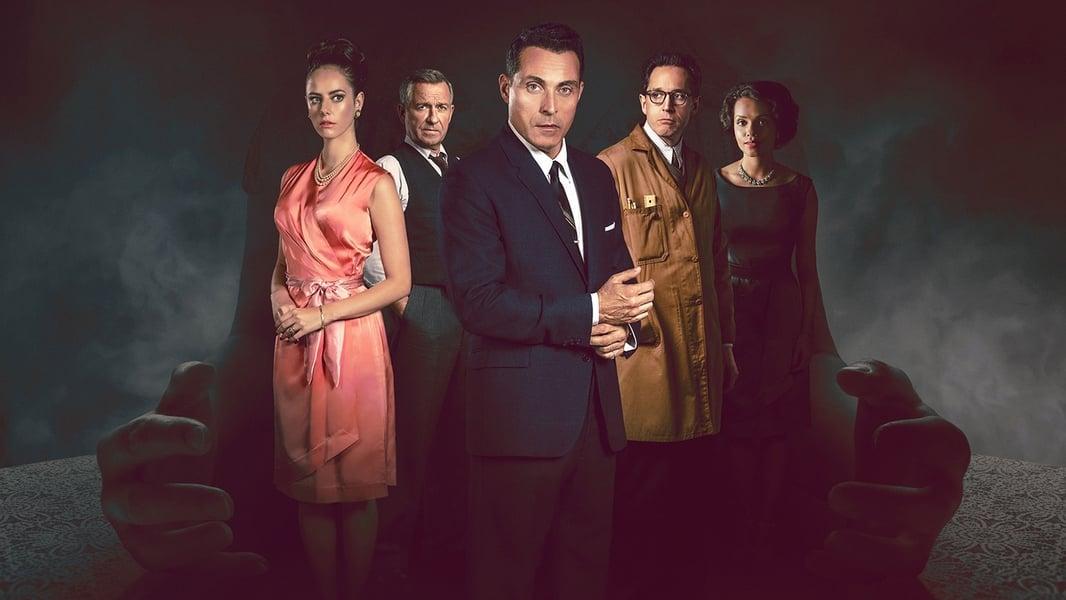 The Pale Horse filming locations recreate 1960s London and a not-so-quiet Surrey village in Bristol and the Cotswolds.

Bristol is the latest city to stand in for the Capital in the BBC adaptations. The new location isn’t the only change in the works, though.

Anyone who’s been following Sarah Phelps’ Agatha Christie two- and three-parters will know to expect the unexpected. The Pale Horse is no exception:

“This adaptation feels like nothing we have done before… This is a very different story from most that my great-grandmother wrote, and Sarah [Phelps] has taken it to new heights.”
James Pritchard, Executive Producer and CEO of Agatha Christie Limited

Our narrator, Mark Easterbrook is now married to his acquaintance from the novel. Ariadne Oliver is out, the spirit of 1960s Chelsea is amplified…
And it’s all been recreated a hundred miles west.

Where was The Pale Horse Filmed?

The Pale Horse was filmed around Bristol – look out for Nicholas Market, Denmark Street and Frogmore Street. Rufus Sewell and Kaya Scodelario shot scenes in the city’s elegant Queen Square.

Other locations are off the beaten track in Cotswold villages and manor houses.

The production was based at Bottle Yard Studios, known for dramas like Starz’ the Spanish Princess and Mammoth Screen’s Poldark for BBC One.

David Dixon / Denmark Street
Denmark Street was used as the thriller’s Soho location, and it’s a convincing substitute. Between the Hippodrome’s stage door, pubs and restaurants that open onto the lane, you could easily be in London.

When Thomasina leaves the nightclub she’s exiting the Hippodrome. But don’t be fooled, this venue doesn’t belong on a Soho backstreet. The Hippodrome has more in common with the West End, hosting major touring productions on one of the country’s largest stages.

Mark meets her in the middle of the street, with Ciao behind him – it’s a real restaurant you can visit.

The Pale Horse’s East End filming locations are nearby, in Bristol’s Frogmore Street and Cave Street.

Bristol’s city centre is as old as the East End in places – Frogmore Street’s Hatchet Inn dates back to 1606. But look out for the West Benthall Street sign and railway bridges just before the children discover the second body. The exact filming location is near Sergio’s restaurant and OMG bar.

It’s not unusual for a bit of set dressing to come into play, but team behind The Pale Horse had a particular challenge on their hands in Frogmore Street. They had to cover up a Banksy for the shoot!

In Agatha Christie’s novel, all the action begins on the King’s Road. The original incarnation of Mark Easterbrook overhears Thomasina Tuckerton and her friends in a hip café, and later reads about her death.

Things play out differently in the BBC The Pale Horse adaptation, but the heart of 60s London still features.

West Mall is a convincing stand-in for the King’s Road, with Georgian squares in similar architecture to Chelsea’s. And like its London counterparts, this smart neighbourhood is also home to a network of boutiques and alleys to explore.

Ashton Court Estate. Michiel Jelijs / CC BY (https://creativecommons.org/licenses/by/2.0)
Unusually for an Agatha Christie mystery, it’s the only country house setting and it’s not onscreen for long.

Ashton Court’s 850-acre estate is just outside Bristol, and it’s fast becoming a popular filming location. You might have spotted its distinctive castellated walls in The Spanish Princess early in 2019.

The Pale Horse’s funeral scene was filmed at the one-of-a-kind Arnos Vale Cemetery.
And look out for its Anglican Chapel too. It’s seen at Thomasina Tuckerton’s funeral service, attended only by her stepmother and the three witches.

It’s part of the Arnos Vale heritage site, an unusual Victorian Garden Cemetery where the cemetery itself meets woodland walks on the 45-acre site. There’s a lively events programme and shop – you can even get married there.
All in all, it’s a far cry from it counterparts in Brompton or Highgate. 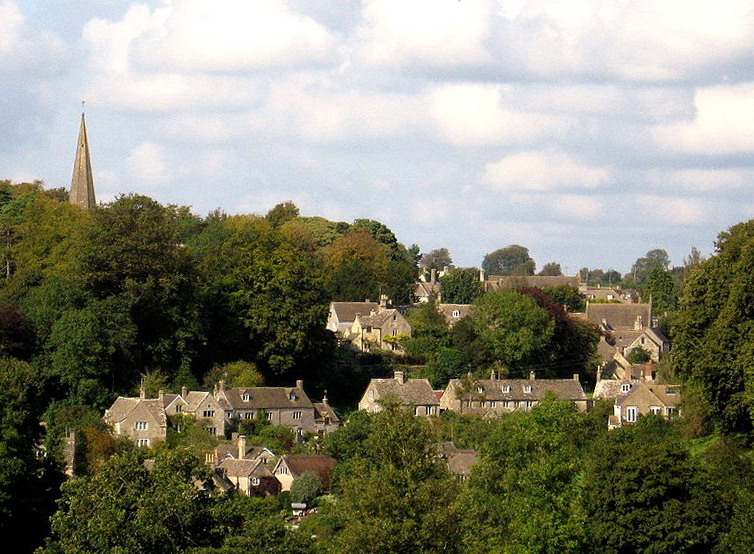 Bisley. Jongleur100 / Public domain
Much Deeping village’s filming locations is in the Cotwolds. Kaya Scodelario, Rufus Sewell and James Fleet appeared in Bisley, Gloucester, over a 3-day shoot in September 2019.

Should you feel brave enough to visit, you’ll find it near Stroud. It’s also just a short way away from Chavenage House, used as Poldark’s Trenwith location.

The Pale Horse pub filming location is not a hotbed of supernatural death and chaos – rather the opposite. Diners at the pub have praised its popularity with the locals, and friendly atmosphere that extends to visitors too.

It’s in Bisley, which was used for the village scenes. But the interiors actually belong to another filming location, Sheldon Manor.

Sheldon Manor. Roger Cornfoot / CC BY-SA (https://creativecommons.org/licenses/by-sa/2.0)
The Pale Horse’s interiors belong to the witches’ house location (we only see the exterior and garden of their cottage).

"Sheldon Manor was used for both the outdoor garden of the witches, the walk through the woods for Mark’s approach to the back of the Pale Horse pub…”
Ado Casuto, Producer

In the novel, Mark Easterbrook is taken on a tour of the house and its curiosities. The adaptation shuffles events a bit, leaving the witches’ rooms a mystery – and opening them up to creative filmmakers.

The 13th century manor is one of the oldest inhabited houses in the country, making it the perfect backdrop to eerie goings-on.

It was once abandoned by its medieval occupants and later belonged to Henry VIII’s widow, Catherine Parr. But it was the Gibbs family who restored it in the 20th Century and opened the doors to the public.

You can’t tour it nowadays - but you can go one better. Sheldon Manor is listed on Airbnb and open to wedding receptions and events.

After Rufus Sewell’s Mark Easterbrook witnesses an unnerving death, he’s called into the police station – but not for the reason he expects. The police station location that’s seen throughout the two-parter is actually above St Nicholas Market.

BBC drama The Trial of Christine Keeler’s War Office and MI5 scenes were filmed in the same area.

Look out for the pillars on either side of the entrance… and the building name above the door.

Vintage cars were added to the scene, but otherwise the unchanged Georgian architecture passes faultlessly as a London square.