The Trial of Christine Keeler Filming Locations: Best of Bristol and Bath 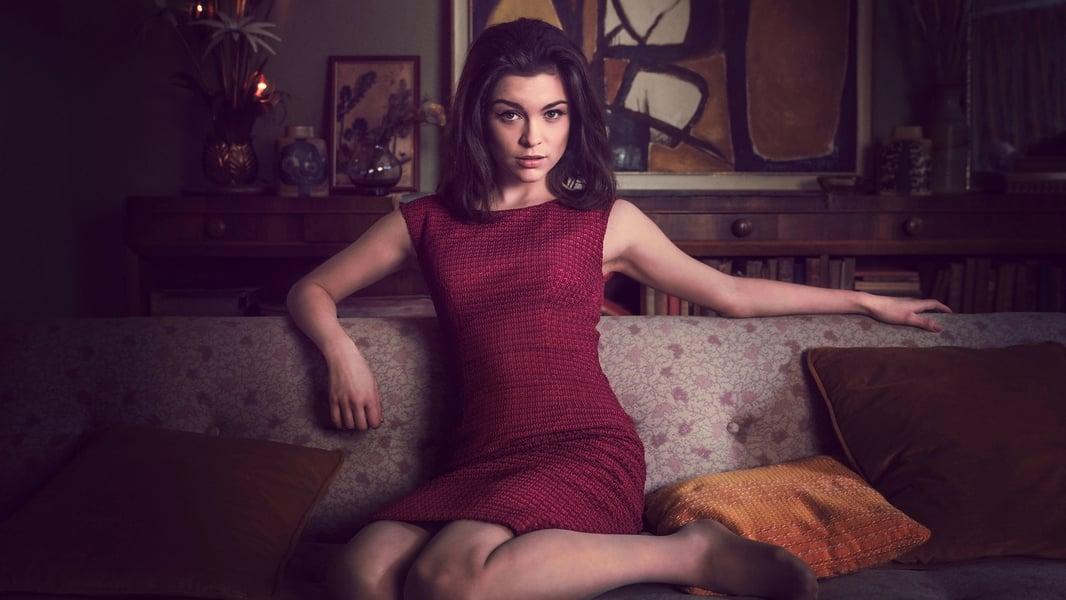 Bristol and Bath’s finest buildings gave The Trial of Christine Keeler filming locations that convinces as 1960s London. Rows of terraces replicate Notting Hill, and the cities’ public buildings stand in for Marylebone Police Station. The drama's Cliveden House location is a nearby Gloucester mansion.

Written by Amanda Coe and directed by Andrea Harkin, the political drama tells the true story of the scandal that linked London’s underworld, Westminster and the Cold War.

The Ecosse Films and Great Meadow co-production for BBC One stars Sophie Cookson as Christine Keeler and Ellie Bamber as Mandy Rice-Davies, the girls at the centre of the political scandal.

James Norton plays Stephen Ward, the man who brought the key players together with far-reaching consequences. And Ben Miles appears as John Profumo, the one-time Secretary of State for War, with Emilia Fox as his wife, Valerie Profumo.

Where Was The Trial of Christine Keeler Filmed?

“The Trial of Christine Keeler will feature the largest number of Bristol locations used in a single drama for years, which is fantastic to see”
Natalie Moore, Bristol Film Office

Sets for several key interiors were built at Bristol’s Bottle Yard Studios. The complex has housed lavish dramas including Poldark, and The Spanish Princess – which built a full-scale replica of much of the Palace of Westminster in the studio space.

“Its… been a great pleasure to welcome Ecosse to The Bottle Yard for the making of The Trial of Christine Keeler, which promises to be an iconic and intriguing political drama.”
Fiona Francombe, Site Director of The Bottle Yard Studios 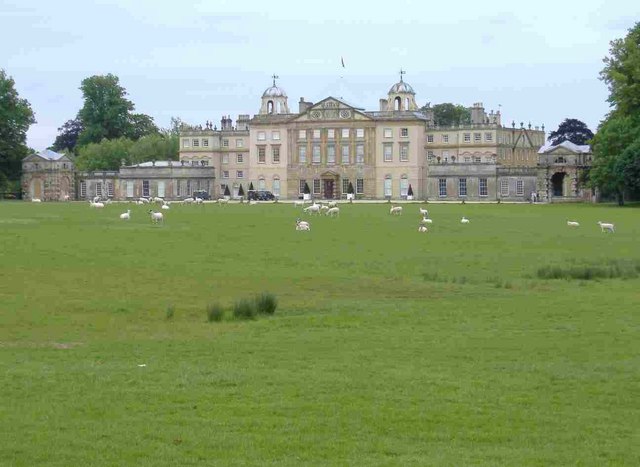 Cliveden House was, of course, the place where Christine Keeler and John Profumo’s paths crossed while they were attending separate house parties. William (Bill) Astor, 3rd Viscount Astor’s party spilled out into the grounds of the family’s mansion. At the same time, Stephen Ward’s guests had wandered up to the pool from Spring Cottage, as depicted in the political drama.

Spring Cottage earned a pleasanter place in history in 2018 – Meghan Markle stayed at the summer house before her wedding in nearby Windsor.

And while its history is dotted with scandal from start to finish, Cliveden House itself is now an exclusive 5-star hotel. The grounds are kept by the National Trust, and they’re open to the public throughout the year.

Onscreen, those fateful events at Cliveden were filmed at the Gloucestershire estate. Look out for scenes of its imposing façade, and interior shots of Profumo and Keeler walking through its halls. It looks as though the pool scene itself was recreated elsewhere.

“From the outside, Badminton looks palatial, with its Palladian-style façades, but the interior feels informal. When Harry’s [Henry Somerset, 12th Duke of Beaufort] parents did it up… they weren’t afraid to make it cozy, but they had the taste to retain the elegance.”
Duchess of Beaufort

Badminton House has been the home of the Dukes and Duchesses of Beaufort since the reign of Charles II. It’s still their own private residence – but they open the doors for tours and the occasional, spectacular photo shoot. 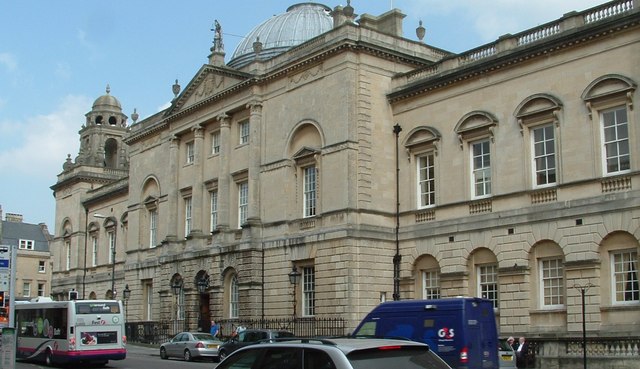 Donnylad / The Guildhall, Bath
The Trial of Christine Keeler’s Old Bailey location is Bath’s Guildhall, a historic building in the Somerset city. It’s an elegant Georgian building that’s perfectly suited to glitzy events – but it’s also been a civic building since it was built in 1775.

"There aren’t many period court rooms left available for filming, so we were delighted to offer Bath’s Guildhall, to film the key Old Bailey scenes.”
Rachel Bowers, Bath Film Office

Look out for the main council chamber in courtroom scenes set inside the Old Bailey.

Like Notting Hill, St Paul’s is an inner city area that’s part gentrified. Its rows of terraces give it the right look for the London-set series.

Abbey Green is a Regency shopping precinct that’s just around the corner from the Roman Baths – and it’s a popular filming location too.

“Abbey Green was also used for a scene set in Notting Hill. We worked closely with the production to ensure they got the access they needed to these wonderful heritage locations, while also keeping what is a busy civic building open to the public."
Rachel Bowers, Bath Film Office

As well as The Trial of Christine Keeler, Netflix’s 2020 costume drama Bridgerton filmed scenes in Abbey Green in 2019.

In fact, the area has been appearing onscreen since the 1970s. The fantastically titled period piece The Bawdy Adventures of Tom Jones, starring Nicky Henson, Joan Collins and Arthur Lowe, shot scenes here in 1976.

The Mayfair Restaurant and Hotel

The 1960s drama’s restaurant scene was filmed in the Lord Mayor’s Mansion House in Bristol. The hotel room scenes were recreated at the Victorian mansion as well.

Let’s hope there’s no real scandal here – this Clifton address is the official residence of the Lord Mayor of Bristol.

But it’s also a popular function venue, so if you’re lucky enough to receive an invite to an event, you can check it out for yourself.

The House of Commons 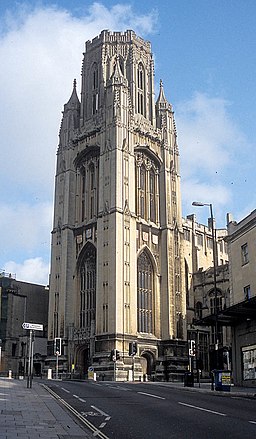 The square tower is an iconic Bristol landmark, with carved stone arches over the entrance and windows. It’s actually part of Bristol University, where it serves as an event space.

You can find it on Park Street, just a short walk from Berkeley Square – another Trial of Christine Keeler location. But if you’re a sharp-eyed fan of 90s TV, you might know it better as the home of the House of Elliott who ‘occupied’ 24 Berkeley Square.

St Nicholas Market, Wikimedia: Llamabr
The Trial of Christine Keeler’s MI5 location is in the ancient heart of Bristol. And it would be very handy if Britain’s finest agents wanted to do a spot of shopping on their lunch breaks. The scenes were filmed by St Nicholas Market, in the offices that overlook the stalls.

The offices above St Nicholas Market were used as the War Office location too. It’s not hard to imagine the Georgian buildings fitting in around Central London.

In fact, these stone buildings appeared in Poldark as Georgian London in Season’s 4 and 5. Poldark’s lodgings were near the Exchange Hall at All Saint’s Lane. Look out for nearby Corn Street and Broad Street in The Trial of Christine Keeler’s London street scenes.

Bristol’s library collection dates back to the 1600s, but nowadays it’s housed in a hundred-year-old building on College Green.

Its next-door neighbour is the grand Bristol Cathedral, which is a bit of a film star in its own right. You might have spotted the Cathedral’s Nave, Chapter House and chapels in Wolf Hall.

Or maybe you saw the cloister car park playing a shady corner of Limehouse in Sherlock’s The Abominable Bride.

Look out for tours of the building on Open Doors Days or if you’re local, drop in for one of the library’s many events. Of course, that means that inside Bristol Central Library’s walls, everything is bookshelves and welcoming study spaces. Police cells and interview suites? Not so much.

The interior set of The Trial of Christine Keeler’s Marylebone Police Station was built at Bottle Yard Studios in Bristol.

Even modest homes in Marylebone’s Wimpole Mews fetch over £1 million these days.

The smart address was once home to Stephen Ward, a key player in the Profumo affair. In the new BBC drama, interiors for Wimpole Mews were built at Bottle Yard Studios.