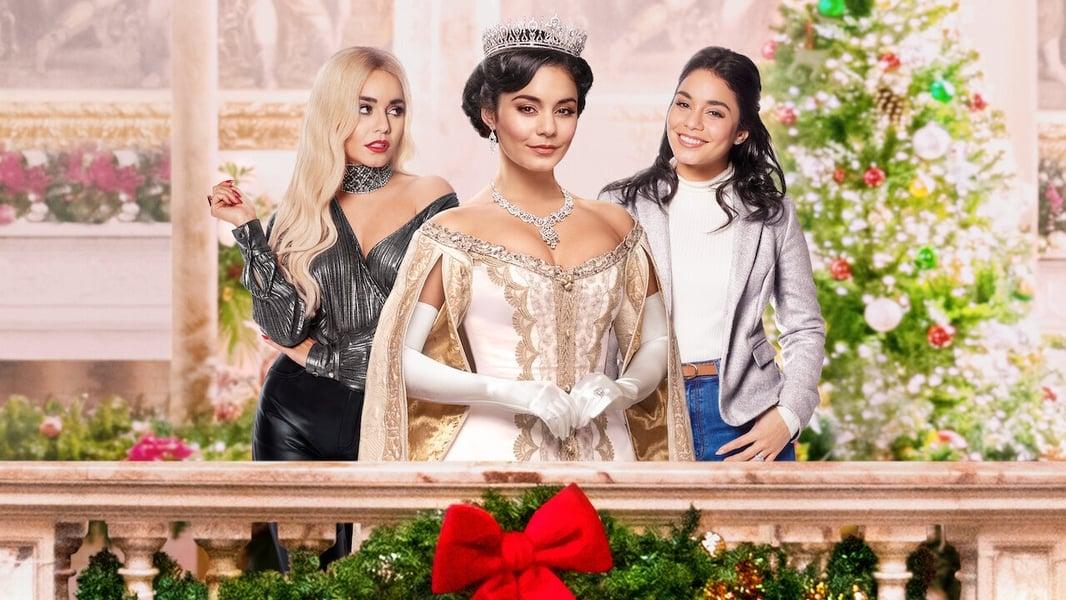 Where Was The Princess Switch 2 Filmed?

Where was The Princess Switch 3: Romancing the Star filmed?
Find out which Belgravia locations return and discover Newbattle Abbey, Borthwick Castle, Eilean Donan and more here 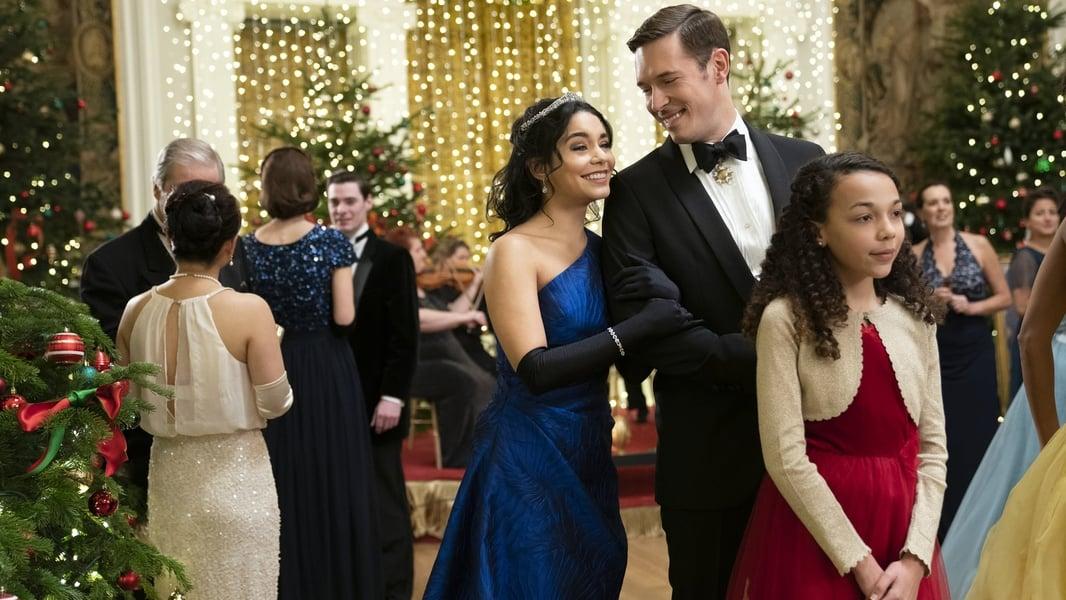 The new Princess of Belgravia comes to the rescue of Lady Margaret, Duchess of Montenaro (Vanessa Hudgens), when her lookalike inherits the throne. And it turns out things aren’t going to plan with Kevin. (Nick Sagar).

“Three of me? Me, myself, and I! I was very excited to create yet another character and had such a blast doing so. I was told they wrote in a new character but I had no idea how much fun it would actually be.”
Vanessa Hudgens - Producer and Margaret/Stacy/Fiona

As we meet the new characters, we get to explore a new kingdom – bringing new filming locations you can really visit!

Stacy’s Sweets and Treats is really Mimi’s Bakehouse at The Shore in Leith, to the north of Edinburgh city centre. The award-winning café and cupcake bakery was used for interior shots as well as exteriors.

Christmas trees and sign advertising ‘New Location’ complete the picture (the new location is mentioned the scene - and it is indeed a new filming location too).

Sweets and Treats scenes were shot in early January 2020, catching the city’s winter light and frosty air. Though while Edinburgh can be cold at times, white Christmases are far from guaranteed – the team had to bring their own snow.

If you’re looking for Princess Switch 2 locations you can visit, you can’t beat trying a Mimi’s Bakehouse cake in the name of research.

Parliament House, Wikipedia
The 59th Annual Cake Competition scene was filmed in Edinburgh’s Parliament Square. Sitting just off the Royal Mile, Parliament Square made a convenient city centre filming location. It’s got all the cobbles and atmosphere, but it’s partly shielded from view by St Giles Cathedral and the Mercat Cross monument (and a bijou Caffe Nero).

All of which gave the production the chance to transform a corner of the Old Town with cute stalls and sparkling Christmas trees.

Hopetoun House. Andrew Shiva / Wikipedia
The Princess Switch 2’s Montenaro Castle filming location is Hopetoun House at South Queensferry near Edinburgh. We first see it when Kevin, Olivia, Stacy and Edward drive up to the castle and greet Margaret.

Outlander fans might recognise the stately home. The courtyard was used in Season 2’s French street scenes and the grand Hopetoun House was the filming location for the Duke of Sandringham’s home in Season 1.

Outlander fans might recognise the stately home. The courtyard was used in Season 2’s French street scenes and the grand Hopetoun House was the filming location for the Duke of Sandringham’s home in Season 1.

At present you have to book in advance – but yes, you can visit Montenaro Castle from The Princes Switch 2.

As you might have guessed, Hopetoun House is not actually a castle, though it has hosted plenty of distinguished guests. The Hope family have owned the estate since the 17th Century, and served as courtiers to Charles I, James VII and II.

The building itself shares something in common with a real palace. It was initially designed by Sir William Bruce, the designer who renovated the Palace of Holyroodhouse for King Charles II. The palace is still used by the Queen when she visits Edinburgh each summer.

At present you have to book in advance – but yes, you can visit Montenaro Castle from The Princes Switch 2.

Most years, you really can visit Hopetoun House at Christmas when the house is decorated for the annual Christmas market. Stalls are set up around many of the rooms seen in the film, so you can wander the same halls as Stacy, Margaret and Fiona in full Christmas mode. 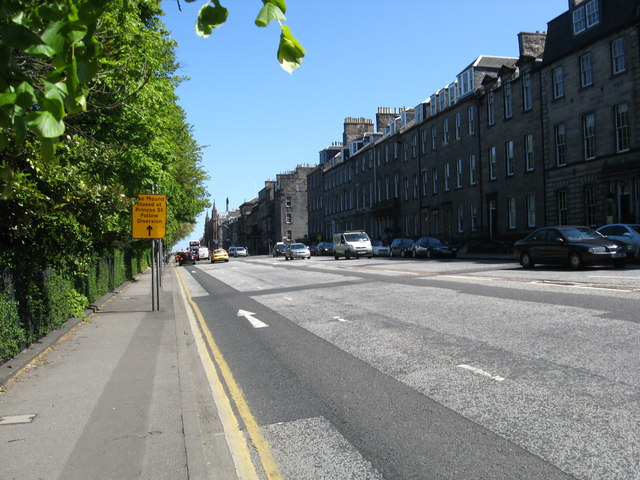 Queen Street. james denham, CC BY-SA 2.0
The Princess Switch: Switched Again shopping scene was filmed on Queen Street, Edinburgh. The No 63 is seen outside the shop Kevin and Olivia go to - it’s actually Stewart Christie and Co tailoring, which is at 63 Queen Street.

Stewart Christie and Co are the oldest bespoke tailors in Scotland, dating back to the 1720s. They supply a distinguished list of clients including the High Constables of Holyroodhouse, Edinburgh’s royal palace.

So, the perfect place to go to prepare for the Montenaro coronation! 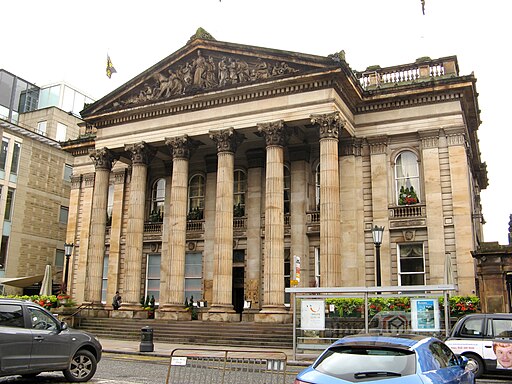 The Dome, Edinburgh. User:Jonathan Oldenbuck, CC BY-SA 3.0
The Princess Switch: Switched Again location for Montenaro Concert Hall is The Dome restaurant and bar on George Street in Edinburgh. In the scene, Lady Margaret and Mrs Donatelli step out of their limo and into the venue’s real entrance.

The scenes were also filmed in early 2020, but visit over the holiday season and you can see The Dome’s legendary Christmas decorations for yourself. George Street is known for its stylish lights, and the Dome decks its portico in garlands and lights from November each year.

The Dome’s grand 19th Century building follows Playfair’s original plans for the site in his vision for Edinburgh’s New Town.

If you step inside, you’ll find yourself between elegant marble columns, as seen in The Princess Switch 2. And if you want to dine like a princess, you can book afternoon tea in the Georgian Tea Room or dine under the glass dome.

Fiona and her team sneak into the ceremony from a side street - this Switched Again filming location is Rose Street North Lane in Edinburgh.

It’s a small lane that leads up from Edinburgh’s Rose Street and it really does run along the side of The Dome, the location used as Montenaro Concert Hall.

The railings on the right belong to The Dome, which has a beer garden on the Rose Street side. 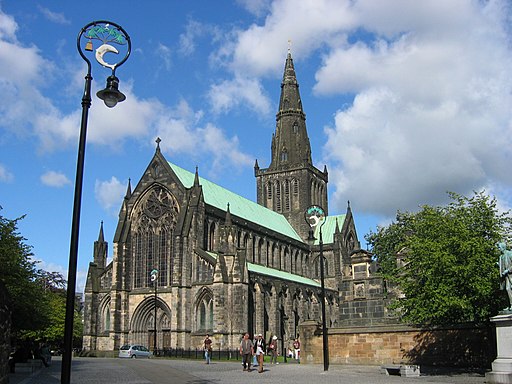 The cast were seen around the Cathedral during filming, with extras appearing in ceremonial robes with formalwear for those playing royal guests.

Despite the medieval stylings, it’s a working Church of Scotland cathedral with a regular congregation. Check before you travel, Glasgow Cathedral does open to the public, and is located in easy reach of the city centre.

The Princess Switch 2’s airport scenes were filmed at Edinburgh Gateway station on the west side of the city.

Edinburgh Airport is practically next door, so it’s not far off the real thing. In reality, Edinburgh Gateway links Edinburgh’s train and tram services and is conveniently located near the Gyle shopping centre and a sprawling business park.

So you can visit this location from The Princess Switch 2 while you make your way from the real airport to the city for one of those delicious cakes.

Once home to the Károlyi family, it’s now a museum in Carei in Satu Mare county.

It was originally a stronghold that was fortified against invaders. But by the 17th Century the 15th Century castle was remodelled into a Baroque palace and played host to fashionable nobility.

Today, Károlyi Castle’s interiors are decorated as late medieval rooms - perfect for movie-worthy ambience. That meant The Princess Switch’s castle scenes could be filmed in the rooms as well as using the exteriors.