The Royal Treatment Filming Locations: Castle with a View 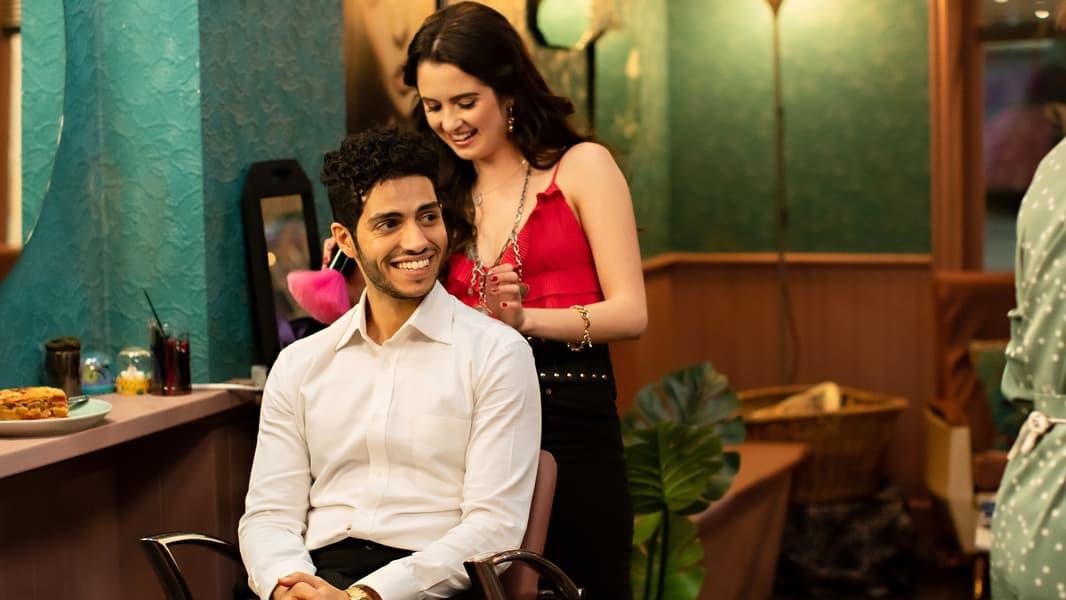 The Royal Treatment filming locations New Zealand’s only castle, Fable Dunedin, the University of Otago’s Clocktower Complex, Dunedin’s Princes Street and Vogel Street. Everything from the New York beauty salon, hotel and subway station to Lavania Castle and town square was filmed around the South Island.

The Netflix romcom stars Aladdin’s Mena Massoud as Prince Thomas of Lavania, and Laura Marano as New York hairdresser Isabella. New Zealand’s own Cameron Rhodes is on hand as the Prince’s assistant, Walter, who first calls the Bellissime Beauty Salon when his boss needs a haircut on short notice.

Where Was The Royal Treatment Filmed?

Is Lavania a real place? Not really, but it was filmed at real locations in New Zealand including a castle, historic hotel and an industrial area turned artistic hub. The buildings that appear in the Netflix romantic comedy have their own stories to tell, from the hotel the Gold Rush built to New Zealand’s one and only castle. 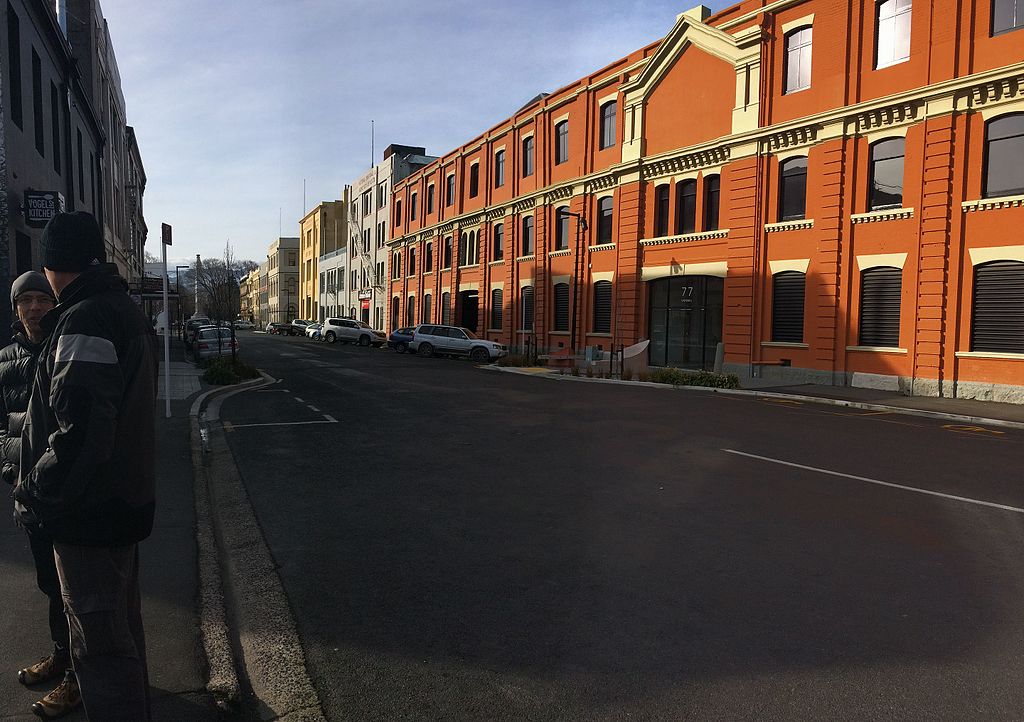 Warehouse Precinct. Schwede66, CC BY-SA 4.0
The Royal Treatment’s New York scenes were filmed in Dunedin’s Warehouse Precinct, a historic part of the CBD. Many of the buildings in the area were constructed during the 1860s when gold was found in Central Otago.

After the discovery was made in 1861, prospectors arrived in Dunedin from around the world before continuing their journey to the goldfield.
Business was suddenly booming for Dunedin residents, and the Warehouse Precinct was a popular place to build the grander premises that still stand today.

Two parallel streets form the hub for The Royal Treatment filming locations in Dunedin. One area is used as Izzy’s neighbourhood, with another providing the Prince’s hotel and the upmarket part of town.

Izzy’s neighbourhood scenes in The Royal Treatment were filmed around Vogel Street in February 2021. Laura Marano was spotted between takes outside the building used as Izzy’s apartment location in the Netflix movie.

In addition to the set dressing and signage, smoke machines and the movie’s vehicles were brought in to complete the New York scenes.

The filming location for Belissime Beauty Salon in The Royal Treatment where is Izzy works is 57 Vogel Street in Dunedin. In reality it’s not remotely beauty related. Locals caught the transformation process in action, revealing the work that transformed empty units to lively storefronts.

The “best freakin hair salon in New York” is owned by Izzy’s Italian mother, who encourages her daughter to take up the Prince’s offer. We see the salon several times throughout the movie – and this is where Izzy answers the call for the unexpected royal appointment with “Yeah, and I’m the Queen of Genovia”.

Does The Royal Treatment exist in the same world as The Princess Diaries, or is Izzy just a big fan of Mia Thermopolis? It’s possible that Prince Thomas’ kingdom of Lavania is part of the same universe as Christmas Netflix movies like The Princess Switch and The Knight Before Christmas.

But then again, the club may be limited to holiday films only, so we’ll have to wait for the holiday season to find out if a kingdom connection is enough to qualify…

Princes Street, Dunedin, New Zealand. Wikicommons
The Royal Treatment’s paparazzi scene was filmed on Princes Street in Dunedin. Look out for the Princes Street Subway stop outside, just behind Izzy when she poses. Of course, the name is completely accurate to its location, even if the New York Subway branding is not.

If you look to the left of the hotel entrance, you can just catch a glimpse of the Press Club signage on one of the windows. The Press Club actually does belong here within the hotel complex, no makeover required. Historically this restaurant has been a favourite of local editors and publishers, hence the name.

Perhaps The Royal Treatment’s paparazzi didn’t have to travel far to set up shop outside La Mott Hotel?

The Royal Treatment’s La Mott Hotel filming location is Fable Dunedin for exterior shots. The main entrance stands on the perfectly named Princes Street, and this is where Izzy approaches the hotel where Prince Thomas is staying.

Fable Dunedin is a relatively new name, opening its doors in December 2020 after a lengthy refurbishment. It’s a 5-star hotel, making this Royal Treatment location a nice retreat for the Prince and his entourage during their New York trip.

Wains Hotel was founded way back in 1860 against the backdrop of the Otago Gold Rush (NZ South Island’s gold rush history is the backdrop to The Luminaries, adapted for TV in 2021). It moved into the specially constructed building on Princes Street in 1878, and the hotel operated under its original name right up to the relaunch.

The real Lavania Castle in The Royal Treatment is Larnach Castle in New Zealand, and it really does boast those spectacular views. You may be fooled by its old-world appearance, but Larnach Castle is actually the country’s only castle. It’s near Dunedin on the Otago Peninsula, and was built in 1871 – the popular attraction recently celebrated its 150th anniversary.

The real Lavania Castle was originally imagined as a private home, though not for royalty. It was a three-year project for a successful merchant and his family. Larnach Castle has changed hands since, and has been owned by the Barker family since 1967.

It’s still a private family home, but they now open the house and gardens to the public. You can visit the Royal Treatment castle filming location to see around the castle and gardens, or even book high tea in the ballroom. Check before you travel.

And there’s actually a second Royal Treatment castle filming location, Olveston in Dunedin. It was built at the turn of the century for the Theomin family. The patriarch, David Theomin, had journeyed to NZ from Central Europe via England and Melbourne, where he became a prominent member of the Dunedin Chamber of Commerce.

Look out for this grand historic home among Lavania Castle’s interiors. And if you want to explore it for yourself, you can book a tour if you’re in New Zealand. Or take a virtual tour from your home wherever you are in the world.

The Royal Treatment’s Lavania town scenes were filmed in Oamaru’s Harbour and Tyne Historic Precinct. Many of the street’s original 19th Century buildings are still standing, and still reference their original uses with historic engravings, signage and names.

Harbour Street and Tyne Street in Oamaru are used as Prince Thomas’ kingdom throughout the film. Look out for different angles and corners of the neighbourhood, which are used to create each of the Lavania filming locations.

It looks like the upmarket part of town is actually Tyne Street, and the scenes set over the train tracks were filmed on Tyne Street. Otago Daily News caught Oamaru’s royal makeover in progress, just as the lines of colourful blankets went up.

Other scenes were filmed at the University of Otago, which shared coverage of its turn as a filming location.

University of Otago. Antilived, CC BY-SA 3.0
The Lavania town square filming location in The Royal Treatment is the University of Otago’s campus in Dunedin. Look out for the Victorian-era Registration Building, also known as the Clocktower Complex.

Its Gothic design has been compared to London’s St Pancras Station and University of Glasgow buildings from the same era. This is another Royal Treatment Lavania location with a distinctly European influence.

We think the upmarket part of town where Prince Thomas takes Izzy before the street dancing scene is Tyne Street in Oamaru. The grand building Isabella and Thomas walk past in their eveningwear looks like Smith’s Grain Store.

It’s a listed building that started life storing grain but would later be converted into a dance hall – so it’s not entirely unlikely for an evening destination. Though today it’s moved on to yet another phase, this time acting as a workshop.

The street festival scene in The Royal Treatment was filmed along Harbour Street in Oamaru. We see more of one end than the other – it features a handy curve before joining up with Tyne Street.

If Izzy had turned left instead of right when she appeared out of the alley, she would have spotted a contemporary brewery with a residential area in the distance.

Harbour Street was once home to the Scottish Society Hall, Grain Store and more. You can still see traces of the original signage and features on many of the buildings. If you visit this Royal Treatment location today, it’s lined with galleries, secondhand shops, cafes and curiosities.

Ismay’s home is actually the Grainstore Gallery at 9 Harbour Street in Oamaru. During the festival scene, local girl Ismay befriends Izzy and wants to show her where she lives. The visiting hairdresser is taken aback to find she lives in a simple room without family to take care of her.

In everyday life, the gallery exhibits a wide range of artwork as the base of local artist Donna Demente. As the name suggests, this creative space is housed within a Victorian grain store building.

It seems that the late 19th Century was the golden era for architecture in the Prince’s fictional kingdom of Lavania.