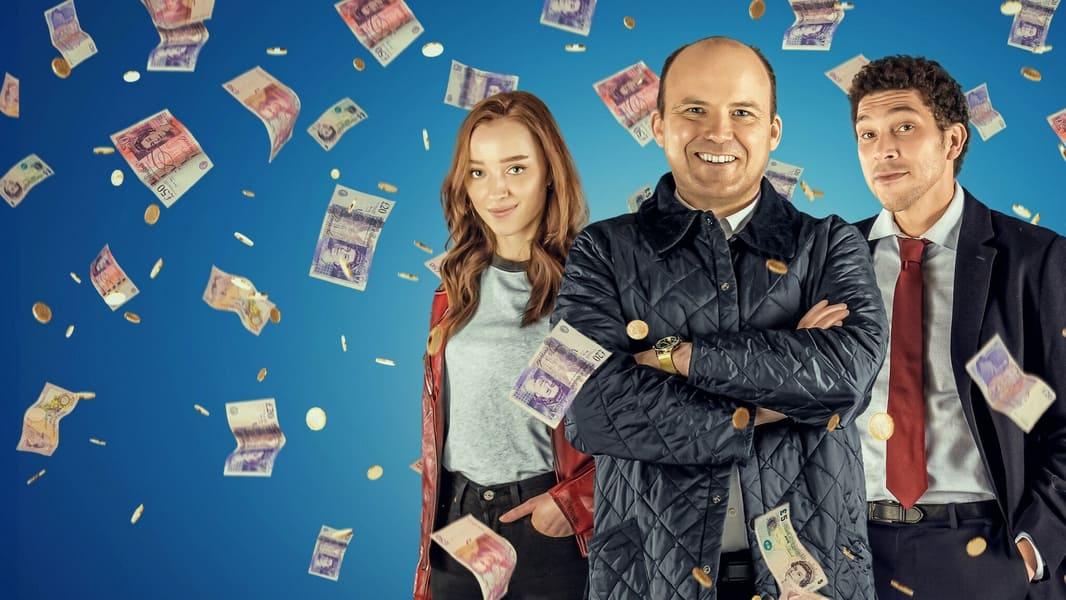 Hugh (Joel Fry) is dispatched to Burnley to help Dave (Rory Kinnear) who wants to start a bank for his local community. In Lancashire, he meets Dave’s wife (Jo Hartley) and niece (Phoebe Dynevor) who vouch for the area’s untapped potential that the big banks don’t understand. But back in London, Sir Charles Denbigh (Hugh Bonneville) can see trouble in challenging the establishment.

Where Was Bank of Dave Filmed?

Netflix’s new British movie is based on a true story. Written by Blithe Spirit’s and Fisherman’s Friends Piers Ashworth and directed by Chris Foggin, it follows a Lancashire man who started a bank to help his local community after the late-2000s financial crash. And yes, Dave Fishwick’s Burnley Savings and Loans still operates to this day!

“Burnley Savings and Loans has now lent out over £27m to thousands of people and businesses all across the UK… We’ve then helped savers get the best rate of interest on the high street and the profit we’ve given to charity.”
David Fishwick

In 2012, the real Dave Fishwick was featured in a Channel 4 documentary and released a book entitled “Bank of Dave: How I Took on the Banks”. And now he’s back The 2023 movie Bank of Dave premiered in Burney on 15th January 2023, before streaming on Netflix from January 16th 2023.

Dave is seen outside discussing the idea with his wife (Jo Hartley). Later in the Netflix movie, Dave celebrates in the pub in front of Burnley FC banners. And we see the Kirkgate location in another scene as Dave strikes an exciting deal at the Duck and Drake.

The Shard and Canary Wharf

The Netflix Bank of Dave movie’s London scenes are set around the City of London and Canary Wharf. Landmarks like the Shard and Tower Bridge dominate establishing shots as Hugh visits banking experts to win Dave his banking licence. Though in fact, the office scenes were filmed in Leeds. 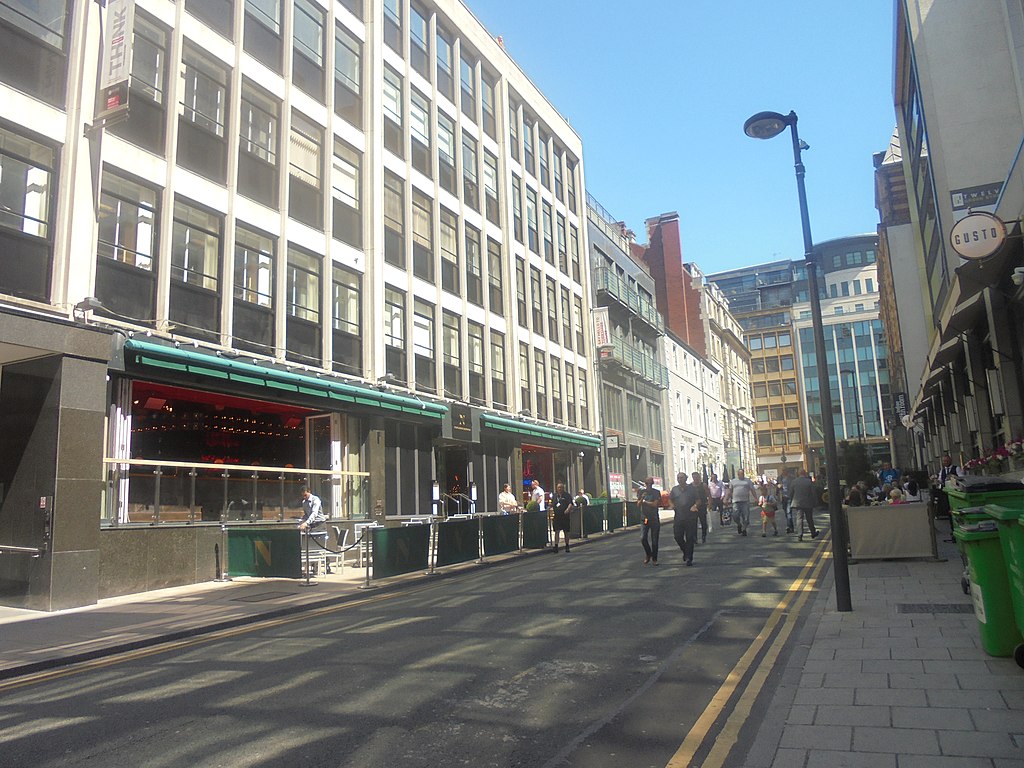 Greek Street, Leeds. Mtaylor848, CC BY-SA 4.0
Hugh meets up with Megan at Salon Privé in Leeds. In the scene, she asks Hugh about his trip to the North, thinking he means North London. Salon Privé is on Greek Street in the city centre. It’s actually on the first floor of the Dakota Hotel, giving the venue its glass-walled roof terrace that could easily fit in on Canary Wharf.

Hugh helps his friend Megan into a taxi outside the Dakota Hotel, in the same building that houses Salon Privé. The boutique hotel is located at 8 Russell Street in Leeds City Centre, and ranks #1 out of over 80 Leeds hotels on Tripadvisor.

Hugh stops to ask for directions on Walsden Grove near the corner of Carholme Avenue. It’s one of the first Burnley scenes, and shows the real Lancashire location on the horizon as the London lawyer arrives.

Did you spot the real David Fishwick Motors location in Bank of Dave? David Fishwick’s minibus sales business in Colne is featured in the Netflix movie.

The Burnley Express spotted the film crew setting up at the dealership for the Bank of Dave shoot back in February 2022.

Filming for Bank of Dave took place at the real Dave Fishwick’s house in Sabden. It’s an unusual feature of this Netflix movie based on the lender’s true story.

The Lancashire village sits at the foot of Pendle Hill in the Ribble Valley, a short drive from Colne and Burnley.

The train station in Bank of Dave is Burnley Manchester Road station. In the movie, Hugh is seen travelling back to London after meeting Dave and his customers.

A train from Burnley Manchester Road wouldn’t take Hugh directly to London, but he could take a trip to other Northern destinations. It connects the Lancashire town with Blackpool and York.

In the scene, Hugh races from London to help Dave when the banking establishment pushes back against his community bank idea.

The FRB office location in Bank of Dave is really Central Square on Wellington Street in Leeds. With contemporary architecture and a glass exterior, it’s easy to imagine this building in the City of London.

“We were picked as they wanted a building Leeds that looked like it was in Canary Wharf and we fitted the bill. So for one day only we are the offices of the Financial Regulation Board!"
Central Square

In the Netflix movie, Hugh talks to the Financial Regulation Board about the possibility of issuing a new banking licence. He’s seen in the reception area as he discusses Dave’s situation.

The Burney Football Club stadium filming location in Bank of Dave is Turf Moor – the football club’s real stadium. In fact, there’s a long-running connection behind this part of the true story.

In reality, Dave Fishwick sponsored Turf Moor’s Cricket Field Stand for fifteen years, until 2017. He withdrew sponsorship once the club was attracting a new wave of sponsors and deals, but promised to buy shares in his beloved Burnley FC instead.