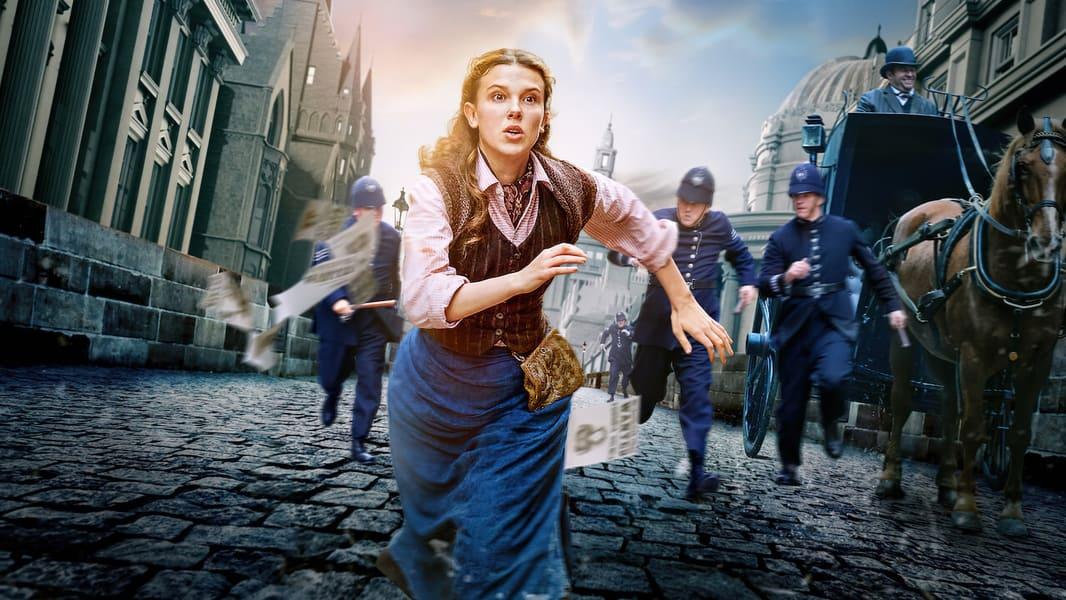 Viscount Tewkesbury (Louise Partridge) is settling into his new role in Parliament – to begin with. Sherlock Holmes (Henry Cavill) and Eudora (Helena Bonham Carter) soon find themselves along for the ride as Enola tries to solve the case.

Like the first adventure, the second Enola Holmes movie on Netflix is based on Nancy Springer’s Sherlock Holmes spin-off series. But the plot of Enola Holmes 2 is an original story created by director for Millie Bobby Brown’s version of the character.

Where Was Enola Holmes 2 Filmed? 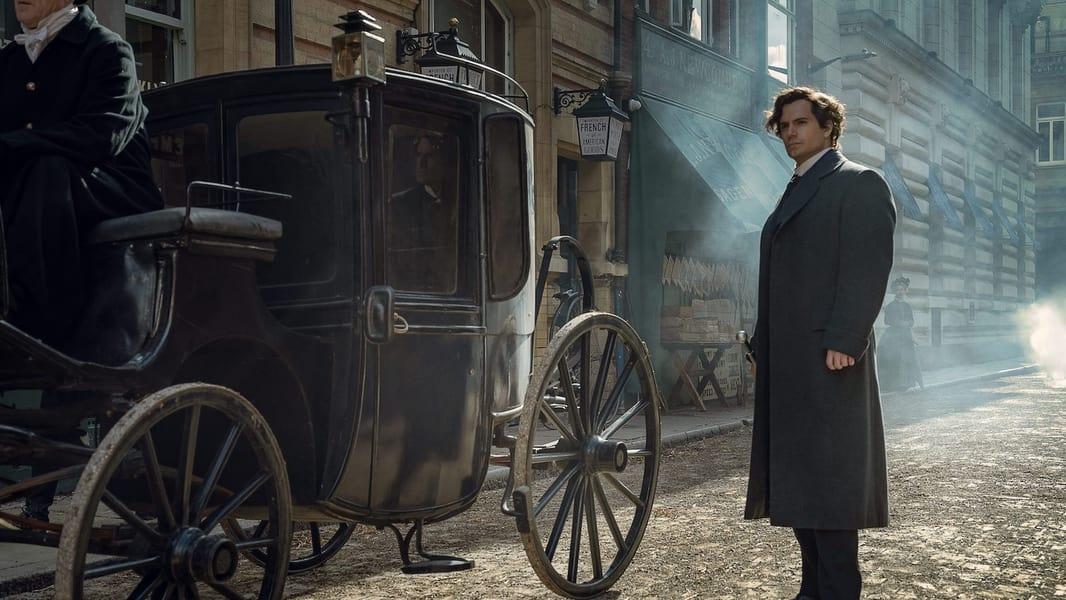 The House of Lords locations in Enola Holmes 2 include Chancery Lane and the Maughan Library. They feature in a flashback to Enola and Tewkesbury talking through the gates, as seen in the first Netflix movie.

The riverbank location seen at the start of Enola Holmes 2 looks like the real River Thames near Wapping. The shingle and wooden supports look like the ones at Shadwell Basin, close to the Thames Path.

In the Netflix movie, it's implied that this is London’s East End. This makes the Thames location accurate.

The Whitechapel streets in Enola Holmes 2 are actually part of Hull’s Old Town. We see them as Enola follows the clues to find Sarah, the missing match factory worker.

High Street, Hull by Ian S, CC BY-SA 2.0
The scene where Enola runs away from the policeman was filmed on Hull’s High Street. Look out for the young detective running along the High Street between Chapel Lane and Scale Lane. Hull’s Old Town already looks the part thanks to its brick lanes, with the production team adding Victorian-style shopfronts and carts to complete the picture.

It was part of the shoot that took place in August 2021 covering Hull’s High Street, Scale Lane, Bishop Lane and Chapel Lane.

Enola’s East End alleyway location is just off the High Street in Hull. In the scene, she runs through an archway into an alley as the policeman gets closer. This is just one of many alleyways and lanes leading off the historic shopping street.

The London Borough of Camden was used for other London street scenes, with Great James Street, Carey Street, Bedford Square and Montague Street featuring in the Netflix movie.

Great James Street features in one of the main street scenes.

Shazz / Hankley Common
The carriage scene in Enola Holmes 2 was filmed at Hankley Common in Surrey. It’s usually a scenic part of the Surrey countryside, but over the past decade it’s had a wide range of movie makeovers.

Earlier in 2022, the Surrey scenery appeared as the deserted cemetery in Netflix’s The Sandman. Last year it played a part in The King’s Man. And several years ago, Hankley Common was the location for the Skyfall manor.

But like the Skyfall estate, Enola Holmes 2’s countryside location was altered for the film. Among the additions were some of the forest we see during the sequence. Surrey Live picked up on the shoot, sharing glimpses of the horse-drawn carriages passing through Hankley Common’s newly acquired woodland.

The Lyon Ball in Marchmont Square

David Hillas / Front Entrance of Halton House (2)
We think Enola Holmes 2’s Lyon ball scene was filmed at Halton House in Buckinghamshire. Now on the grounds of RAF Halton, the former Rothschild manor house is a popular filming location thanks to its elegant interior and exterior. But unfortunately, it’s also rarely open to the public due to its location.

Halton House was used for the masked ball scene in Disney’s Cruella, the Christmas party in Disney’s Nutcracker and the Four Realms, and much more. You might also have glimpsed the Buckinghamshire mansion in The Crown.

Enola Holmes 2’s Albion pub filming location is the Royal Oak in Marylebone. In the scene, Enola helps a drunk Sherlock Holmes. Located on the corner of York Street and Enford Street, and it’s just a short walk from the real Baker Street!

There’s more than one popular Royal Oak filming location in London – the other notable one is on Columbia Road, Bethnal Green. It’s also known as the pub from Legend, starring Tom Hardy as the Kray Twins, and Phoebe’s pub in the long-running BBC sitcom Goodnight Sweetheart.

“We wanted to tell a story that brought Enola into contact with people outside her background and class by introducing her to working girls of her own age. That was something I was very excited about. And so that’s where the match factory idea came in…”
Harry Bradbeer, Director

And so, the young detective finds herself going undercover at a match factory during the Match Girls’ Strike of 1888.

The real Match Girls’ Strike happened in Bow, East London, at the Bryant and May factory.

Working class women and girls made up the majority of the workforce. And they suffered the effects of poor working conditions, low wages, and exposure to toxic phosphorous.

You can see the plaque commemorating their struggle at the former Bryant and May factory site, at 60 Fairfield Road in Bow. Since the factory relocated in the late 1970s, the building has been converted into residential flats. 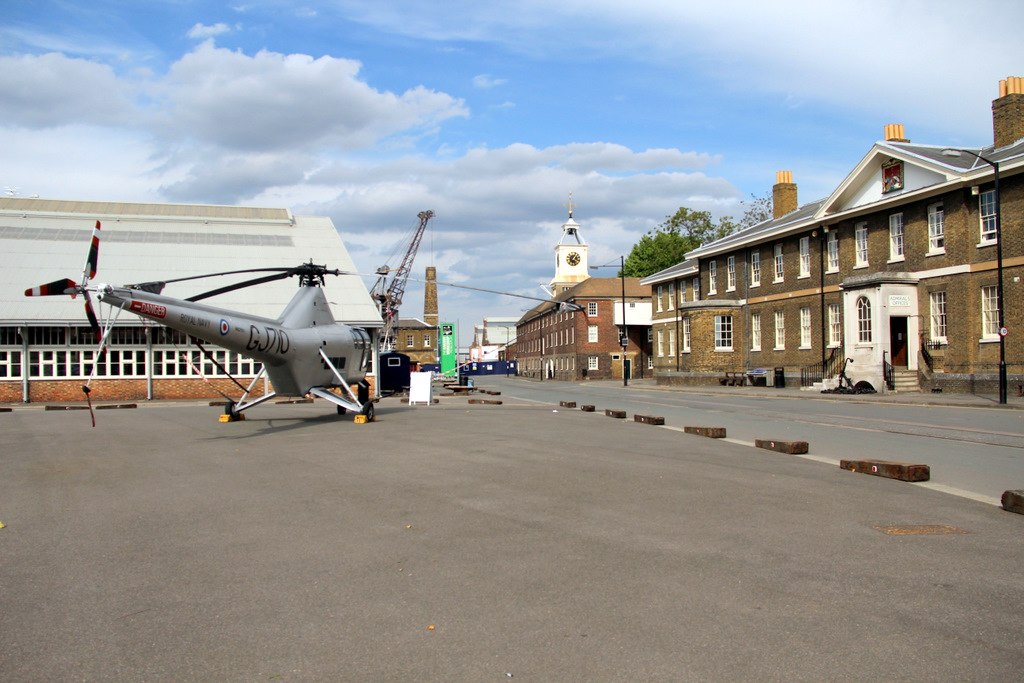 The dockyard is one of many Kent locations appearing onscreen in Autumn 2022. Visit Kent have rounded up a few of the highlights to look out for.

We think the theatre in Enola Holmes 2 is a replica of a Charles J Phipps theatre auditorium. The architect designed the Bristol Old Vic Theatre, which shares the green décor and seating layout of the Enola Holmes theatre location.

Enola Holmes 2’s court scenes was filmed at Hull’s Guildhall on Alfred Gelder Street, with scenes shot outside and inside the building.

The courtroom location is actually slightly late for the setting. Enola Holmes 2 is set in 1888, while the Guildhall is Edwardian. It was completed in 1914, at the location of the earlier, Victorian guildhall building.

It’s still a functioning civic building. In fact, members of Hull City Council watched the cast and crew setting up, with extras in Victorian dress appearing on Alfred Gelder Street. 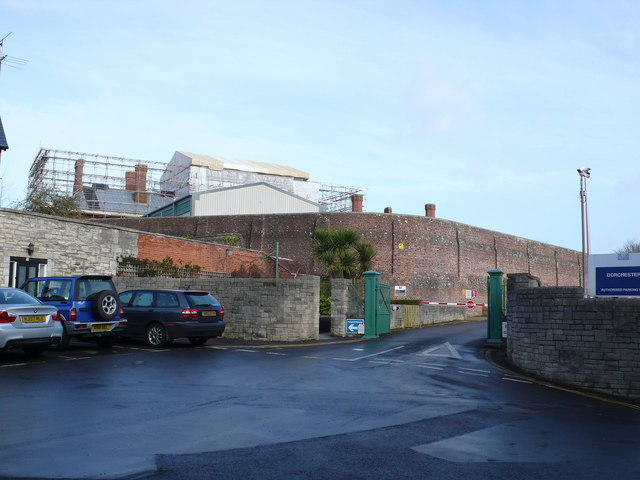 Nigel Mykura / Dorchester Prison
The Enola Holmes 2 prison location is Dorchester Prison in Dorset. Dorset Live picked up local reports back in November 2021, with tour guides for the decommissioned prison catching the prison’s transformation. In preparation for the shoot, Netflix gave the site a makeover to bring it back to the look of a working prison.

Dorchester Prison fits the Enola Holmes timeline perfectly, and was built at the same time as its London counterparts. It was completed around 1795, and for a time HMP Dorchester held men and women – including the last woman to be publicly hanged in the county. But by the 21st Century, it only housed male prisoners, until the prison was closed in 2014.