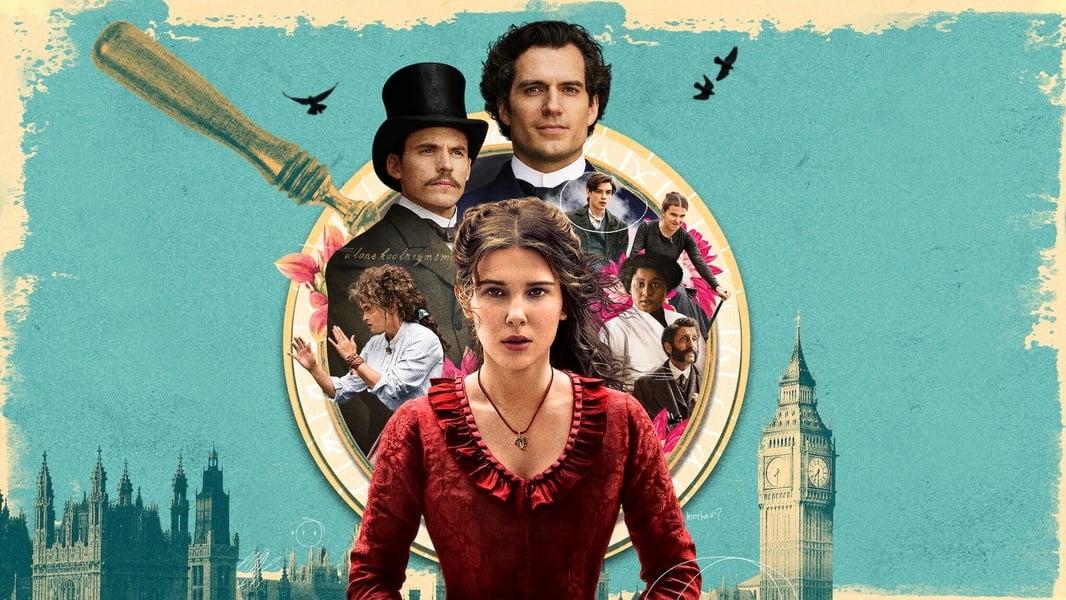 The case of Netflix movie Enola Holmes filming locations takes us far beyond Baker Street to Greenwich, Hatfield and Shropshire.

Which wouldn’t be much of an adventure, so the youngest Holmes sibling sets off to solve the mystery instead.

Enola Holmes is new to many Sherlock fans, but she’s got a following of her own. The young detective comes from a series of novels. The 2020 Netflix movie is a Legendary Entertainment production based on Nancy Springer’s Enola Holmes and the Case of the Missing Marquess.

This star-filled Sherlock Holmes spin-off movie is led by an award-winning team. Springer’s novel has been adapted by Jack Thorne and directed by Fleabag and Dickensian director Harry Bradbeer, with a top costume and production design team bringing the visuals to life.

Where Was Enola Holmes Filmed?

Enola Holmes was filmed at the Greenwich Old Royal Naval College, Ashridge Forest, a Russell Group university library and on the Severn Valley Railway. Stately homes in Hertfordshire, Bedfordshire, Surrey and Shropshire appear in the Netflix adventure too.

Several of the locations have been used in earlier Sherlock Holmes movies. We’ve picked out one or two here!

Track between Kidderminster and Arley was used for the train journey scenes. With the help of a greenscreen back at the studio for the stunts, of course...

Passenger trains were rerouted for several days in July 2019 to make it possible – and keep away onlookers. Of course the secrecy, crew and helicopter attracted quite a bit of attention. 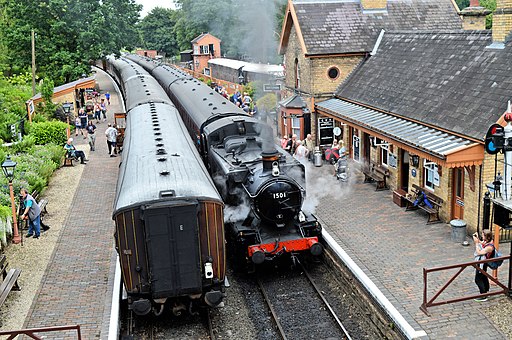 Arley was renamed Ferndell, the station closest to the Holmes family estate, for the shoot. Kidderminster Station is the Basilwether Station filming location, closest to Basilwether Hall in the film.

In fact, one Ferndell filming location is relatively nearby in Shropshire (though the Basilwether Hall scenes were filmed a hundred miles away).

Look out for Greenwich is several scenes starting from the moment Millie Bobby Brown’s character arrives in London. Old-fashioned shop fronts were specially built in the same area used for Pirates of the Caribbean: On Stranger Tides’ London chase scene.

It also appeared in the comedy Sherlock Holmes adaptation Holmes and Watson. Filming took place back in 2017.

The columns of the Old Royal Navy College have appeared as themselves in Thor: The Dark World and as Bristol University in Starter for 10. And they also popped up on BBC One as one of Poldark’s Westminster filming locations. 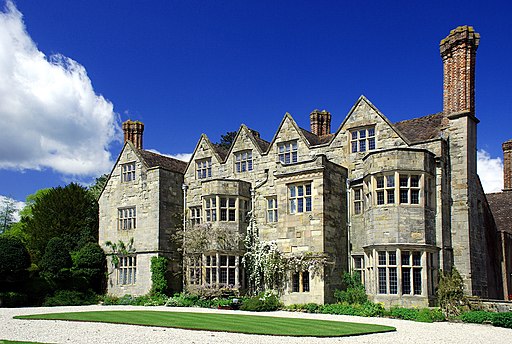 In the Neflix Enola Holmes movie we meet Sherlock, Mycroft and their mother Eudora at their family home. Though Eudora Holmes hasn’t taken a huge interest in keeping up the house and grounds...

“The gardeners and the people taking care of the house at Benthall were brilliant in allowing the gardens to get really overgrown and letting us drape vines all over the exterior.”
Michael Carlin, Production Designer

The historic manor has been in the Benthall family for centuries (having lived in the area since at least the 12th Century). The present house was built between 1535 and 1580, and though it fell out the Bentalls’ hands for a while they bought it back in 1934.

National Trust property Benthall Hall is easy to visit, even though it’s a family home.

Members and the general public can visit the house, gardens and tea room subject to open days (at the time of the Netflix film’s release the house itself is closed).

Interior shots were filmed at West Horsley Place, better known as Button Hall from BBC One’s Ghosts. The manor house was saved from ruin by TV presenter Bamber Gascoigne, who has been working on to restore the house since taking it over just a few years ago.

You can see the West Horsley Place’s library when Mycroft and Sherlock talk as their sister listens at the door.

In fact, Sam Claflin has filmed at the Surrey mansion before. West Horsley Place was used as his character Philip’s home in the 2017 adaptation of Daphne du Maurier’s My Cousin Rachel.

The cobbled streets and alleyways are just one small area of Luton Hoo. You’ve probably seen the estate onscreen before though. Its buildings and walled garden have appeared in titles like Four Weddings and a Funeral, Downton Abbey, Call the Midwife and Justice League.

Situated across the Bedfordshire/Hertfordshire border, it’s certainly not in Limehouse. Luton Hoo is actually closer to the real Basilwether Hall - but other locations are closer to the geographical mark.

Fournier Street in Spitalfields was transformed into another corner of Victorian London for Enola Holmes. It’s here that the White Horse and Half Moon filming location was created at the corner of Wilkes Street and Fournier Street.

That’s just around the corner from The Jack the Ripper Experience and Old Spitalfield Market, with Brick Lane running along the eastern boundary. The 18th Century terraces have survived as a real piece of the old East End.

After surviving all this time, the neighbourhood has become an ideal filming location. The Crying Game was filmed at 3 Fournier Street in the early 1990s. Just a few metres away, Wilkes Street and neighbouring Princelet Street featured as a Vanity Fair location in 2018. 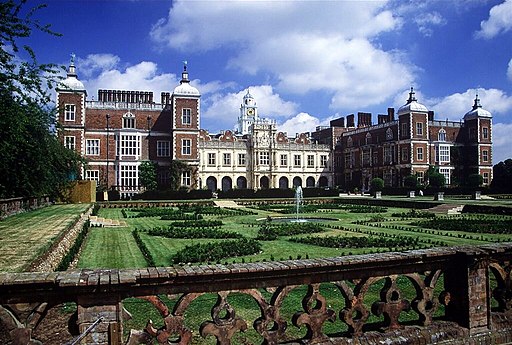 It was used as a location for Guy Ritchie’s Sherlock Holmes and Sherlock Holmes: A Game of Shadows. And more recently Hatfield House has appeared in The Favourite, Netflix’s The Crown and Amazon Studios’ The Aeronauts.

History and art lovers might have spotted the biggest clue of all to the film’s Basilwether Hall filming location.

Enola meets the Tewksbury household in front of the Rainbow Portrait of Queen Elizabeth I. It’s one of the most famous Tudor royal portraits, and it hangs in Hatfield’s Marble Hall.

Of course, in the world of Enola Holmes we can take it as a hint that Lord Tewksbury and the Dowager (Frances de la Tour) are very well-connected.

Of all the Enola Holmes filming locations the treehouse presented a special challenge. Enola investigates Tewksbury’s treehouse in scenes filmed at the National Trust’s Ashridge Estate, an 5000-acre ancient woodland.

“All of the film kit was carried in rather than being transported by vehicles, which minimises damage to the ground and the roots of important trees… The construction team made sure that the tree bark was protected wherever the treehouse touched it.”
Chrissy Hardy, Area Ranger

Ashridge is easily accessible to visitors, with facilities including a cafe and shop open on certain days. 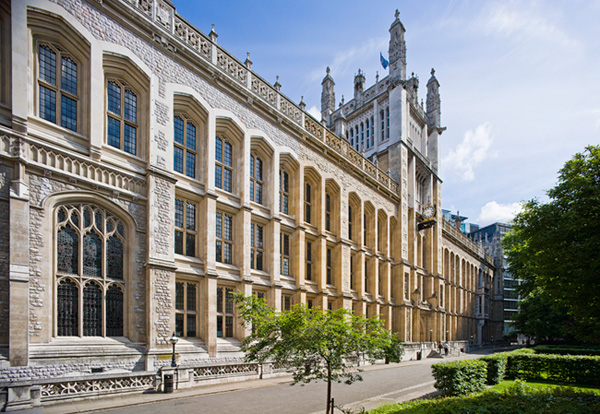 Tewksbury is seen inside the gates, with the library entrance and its tower to the left. You can see a CGI Westminster backdrop in the distance, behind the Grade II-listed building.

Enola returns to the street after talking to Lord Tewkesbury, and walks past a newspaper stand. The scenes were filmed just outside the same building.

Hansom cabs and news placards appeared in front of the Maughan Library on Chancery Lane in July 2019.

The beautifully preserved lane links the Strand and Holborn, with law courts and chambers on either side. In the Netflix movie, Big Ben has been added where the Strand should be.