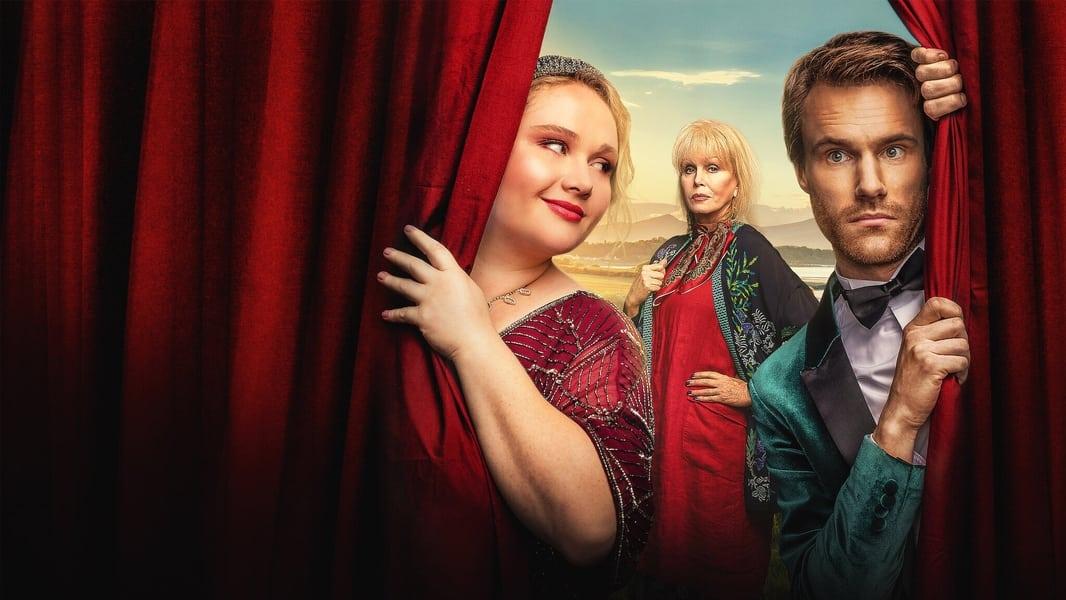 Australian Danielle Macdonald plays Millie Cantwell, an American opera aficionado in London who dreams of performing onstage. She leaves her investment management job behind and seeks out retired opera diva Megan Geoffrey-Bishop (Joanna Lumley), who offers to train Millie from her home in the Highlands.

Staying at a nearby pub run by Ramsay Macfadyen (Gary Lewis), Millie meets the locals – look out for Still Game’s Sanjeev Kohli – and Max (Hugh Skinner), another aspiring opera singer who Megan tutors. Sometimes friends and sometimes rivals, Millie and Max enter the Singer of Renown competition, hoping to make their names in the opera world.

Where Was Falling for Figaro Filmed? 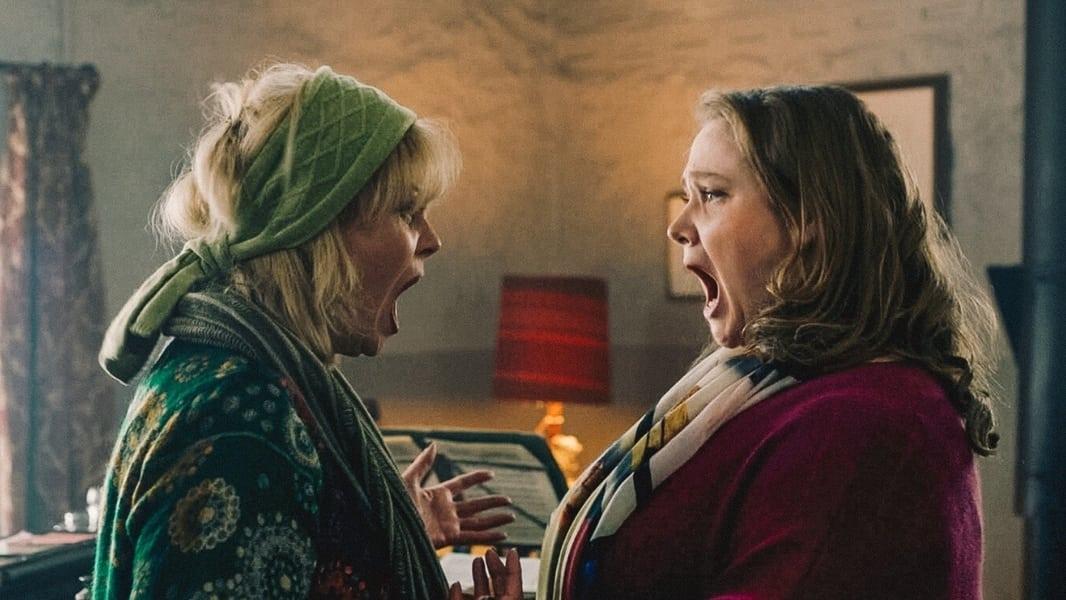 Falling for Figaro
Falling for Figaro was filmed around Glasgow at the King’s Theatre and Theatre Royal, Glasgow City Chambers on George Square, Glen Coe, Luss and Loch Lomond. The city also stands in for London’s West End and Edinburgh’s New Town, with quick shots of both cities setting the scene.

Danielle Macdonald really did perform in Glasgow theatres for the opera scenes – though it’s not her voice we hear in the movie. She recounted the experience to Third Coast Review:

“I did have singing lessons and had to learn the songs, so I could do it properly on set and be replaced in post. It’s terrifying because you’re still up there performing, some days are easier than others for some songs.”
Danielle Macdonald, Millie Cantwell 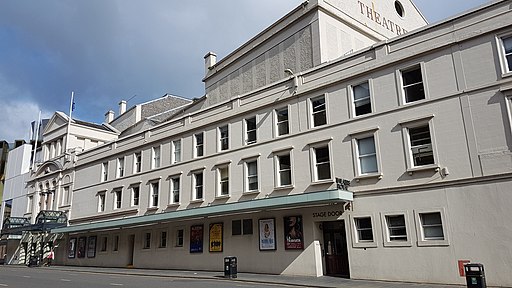 The Theatre Royal Glasgow appears as the Royal Opera House in Falling For Figaro’s opening sequence. In the scene, Millie imagines herself as an opera singer onstage, while in real life she and Charlie are watching from the stalls.

Glasgow’s Theatre Royal auditorium is similar in design to the Royal Opera House in London, though the scale is different. But we do see Theatreland’s Royal Opera House exterior at the end of the sequence – look out for its distinctive portico.

In Falling for Figaro the London Conservatoire filming location is Glasgow City Chambers, where Millie meets with Patricia. Patricia’s office is at the end of the Councillors’ Corridor on the second floor – this is the ornate hallway Millie and Patricia walk down at the end of their meeting.

You can’t miss the ornate decoration on the walls and floor. The Councillors’ Corridor is one of the building’s less ornate areas, believe it or not. Carvings and mosaics run throughout the building, starting with the entrance hall where you’ll find the Glasgow Coat of Arms – the bird, bell, tree and fish.

Can you visit this Falling for Figaro location in Glasgow? Actually, you can get married here! It’s a popular wedding and events venue. The building has offered guided tours in the past, though at the time of the film’s release they’re not running.

You can also see the exterior of Glasgow City Chambers in some unlikely places. It’s located on George Square in the heart of the city, which has become a popular filming location – look out for it in everything from Still Game to World War Z!

Opera diva Megan’s cottage scenes were filmed near Luss, by Loch Lomond. Joanna Lumley, who plays the retired opera singer in Falling for Figaro, talked to the New York Post about the filming location:

“We went to a famous lake, Loch Lomond, and this tiny village, Luss, that’s known as the prettiest in Scotland. We found a farmstead with this shambolic barn. We wanted it to look sort of crumbling, for where my character was living in a sulky fit of rage that she was no longer a great star.”
Joanna Lumley, Megan Geoffrey-Bishop 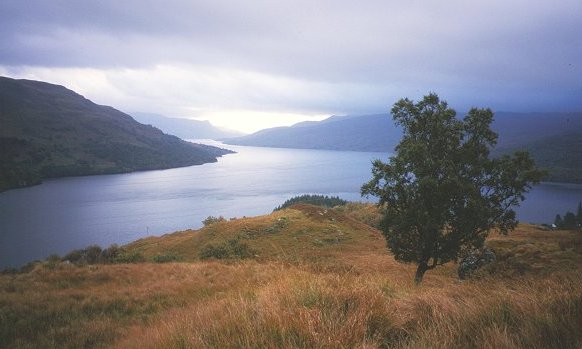 The area has been immortalised by Sir Walter Scott – and more recently, carved out a niche as the home of Outlander. Luss itself appeared in Alibi’s crime series Annika, along with a long list of filming locations in the area.

We think the cycle path where Max passes Millie jogging, is the West Loch Lomond Cycle Path. It runs around Loch Lomond, passing through the historic heart of Luss, so this is a realistic route for Millie and the locals. And of course, the loch beyond the wall is Loch Lomond itself.

Glen Coe. Dave souza, CC BY-SA 3.0
Millie and Max drive through Glen Coe on their way to Edinburgh. It’s a plausible route if the cottage setting is said to be in the northwest of Scotland.

As we know, of course, the Falling for Figaro village location is just north of Glasgow. The aspiring opera singers could join the M8 and be in Edinburgh within two hours - though the motorway view might not have the same onscreen impact!

Falling for Figaro’s Princess Royal Theatre filming location is the Scottish National Gallery in Edinburgh – as you can guess, the auditorium scenes were filmed elsewhere.

The drone shot introducing the Edinburgh competition scene shows the gallery on the Mound, with Waverley Station in the distance. If you’re wondering, Edinburgh Castle sits above it, off to the right. One of many galleries in the city centre, the Scottish National Gallery is home to an impressive collection by international and Scottish artists alike.

RCS, Glasgow. Ulysse Verjus-Tonnelé, CC BY-SA 4.0
We think the qualifying round in Falling for Figaro was filmed at the Royal Conservatoire of Scotland, in Glasgow. In the scene, Millie and the other would-be opera singers take to the stage for the first time here.

It looks like the first performance of the competition takes place in the Stevenson Hall, which is normally used by Conservatoire, International Fellows and radio broadcasting.

West George Lane runs down towards George Square – which would lead them to Glasgow City Chambers, or Falling for Figaro’s London Conservatoire location.

King's Theatre, Glasgow. dun_deagh, CC BY-SA 2.0
The Singer of Renown Final was filmed at the King’s Theatre Glasgow, as Falling for Figaro’s London Grand Theatre location. Look out for the white and gold columns surrounding the boxes, which are a distinctive feature of the theatre. And you might notice they’re some of few visible columns, because the theatre was cleverly designed with the minimum supports across the circles – so, fewer seats with restricted views.

It’s another plausible substitute in design terms, sharing an architect with celebrated West End theatres. The King’s Theatre is one of many designed by Frank Matcham, including the Hackney Empire and London Coliseum on St Martin’s Lane. An establishing shot of Westminster hints that the London Grand Theatre is one of these.

Max and his colleague discuss Don Giovanni on the staircase of Glasgow City Chambers. It’s hard to miss the sheer amount of marble going on here, which certainly fits the bill for a grand opera house setting. In fact, we’re looking at Western Europe’s largest marble staircase, crafted in Carrara marble imported from Italy. Not bad for a civic building!

The exterior of the Old Albert Theatre with the Don Giovanni poster looks like the entrance to the Theatre Royal’s new extension. And we think Falling for Figaro’s Don Giovanni scene was filmed at the Theatre Royal too. Look out for its green, rather than the popular red, seats in the rehearsal scene where Max meets Millie three years later.

In which case, this filming location is working hard, as it already appeared as the Royal Opera House in the opening scene.