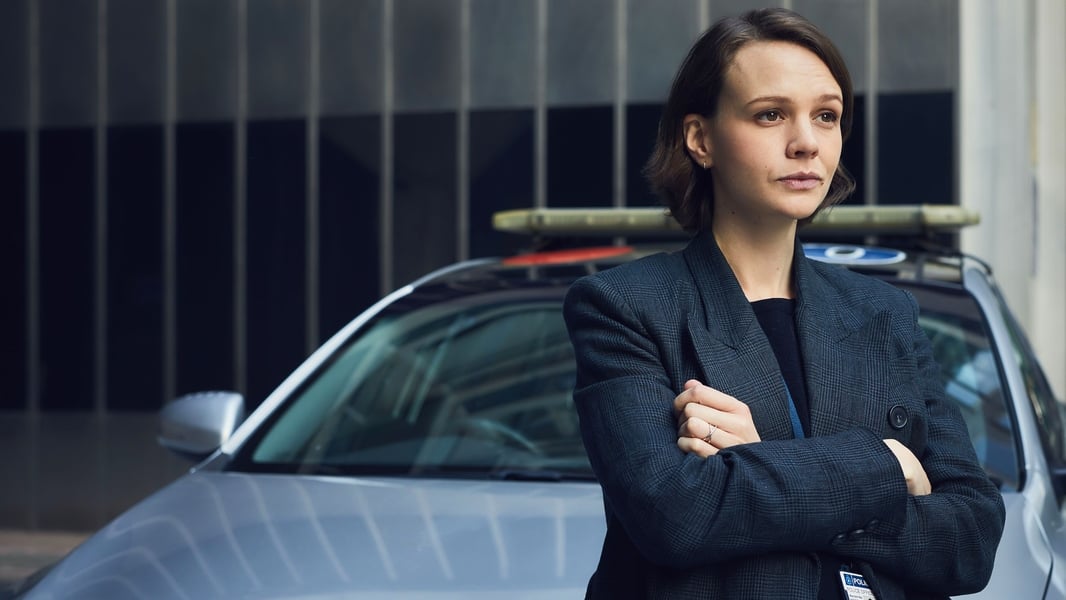 BBC miniseries Collateral was designed to make the most of London’s hidden side, taking us all over the city but rarely to the glossy landmarks we know so well.

Written Oscar and BAFTA award-winning screenwriter David Hare and starring Carey Mulligan, with turns from Nathaniel Martello-White, Doctor Who actors John Simm and Billie Piper and more, the show isn’t short on talent. But the team are keen to give credit to the Capital for providing a unique setting.

Director SJ Clarkson (the longest-serving director of time-travelling cop show Life on Mars and of several episodes of Netflix’s Jessica Jones) has said that "London is a huge part of Collateral. It’s a character in its own right.”

In other words, this series is all about its filming location. Clarkson continues, “It is so diverse in both its people and places - so rich and layered and offers up so many visual opportunities. I wanted to capture the spirit of the city, the energy, the attitude and the atmosphere."

Don’t hold out for pizza – but you might be in luck if you want a kebab, chicken and chips or a burger. The Collateral pizza delivery filming location really is a takeaway. You’ll find the distinctive takeaway under the railway bridge is Hot Munchies on Southwark Street, just around the corner from foodie favourite Borough Market.

FilmFixer’s Andrew Pavord was pleased with the number of authentic London neighbourhoods who were happy to host the production.

South London features heavily. Carey Mulligan’s Glaspie discusses the case near a car park on Kipling Street in Southwark, not far from Borough Market and London Bridge – and just a few minutes’ walk from the pizza takeaway filming location.

The pizza delivery driver crosses Lambeth Bridge in the first episode, and the murderer is seen disposing of the murder weapon from the same bridge. Glaspie is seen in the same area, walking along Lambeth’s Albert Embankment.

Moving a few streets back from the Thames, we see Suki at the Kennington Coffee Shop twice, first writing a letter inside and later passing by the frontage. The cosy café is part of a row of local shops in a largely residential part of Kennington Road.

And Laurie, the pizza takeaway manager, is shown living in a larger block of flats within an estate. The filming location can be found south of the river at Goston Gate, to the south of Lambeth, while the Mursell Estate in the Stockwell area provided another residential backdrop. Look for its sprawl of interconnecting buildings in the kidnapping scene, and in a few shots that pre-empt it.

The garages on Hamilton Square Estate in Southwark feature when the car goes missing. Knatchbull Road in Lambeth and the Water Tower on George Mather Road in Southwark is used in an arrest scene.

Moving north of the Thames, Karen, played by Billie Piper, lives in an upmarket Victorian building on a leafy square. The entrance to her flat is found in Kensington’s Bramham Gardens, just a few blocks away from Earl’s Court.

Carey Mulligan filmed outside the De Vere Grand Connaught Rooms on Great Queen Street, Camden – look for the scene where she goes in search of Fatima’s phone. The elegant venue is actually located just around the corner from the locations where Collateral’s police station scenes were filmed. 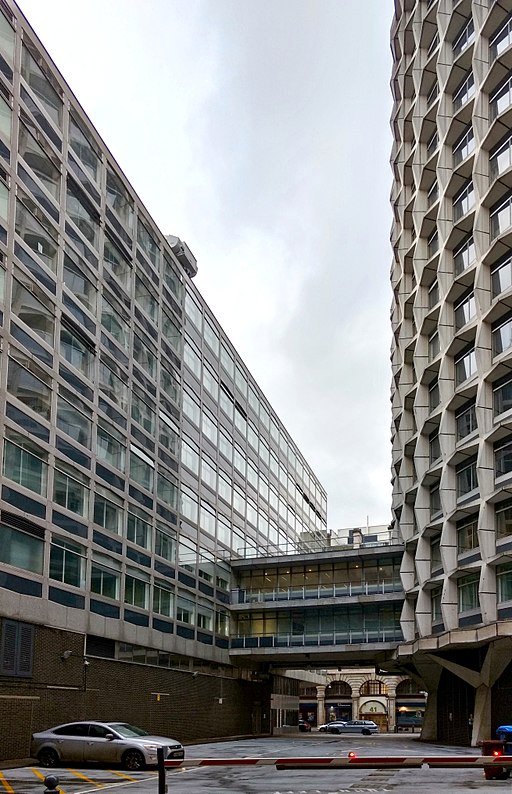 By Philafrenzy (Own work) [CC BY-SA 4.0 (https://creativecommons.org/licenses/by-sa/4.0)], via Wikimedia Commons

Civil Aviation Authority House at 1 Kemble Street, between Covent Garden and Kingsway, provides Collateral with one of its police station filming locations. Look out for the white geometric arches in exterior shots, in particular when we see the entrance to the police station.

Architect George Marsh gave the building its distinctive Pop design – originally called Space House, the Grade II 1960s complex was developed by the same team as the iconic Centre Point, at the junction of Oxford Street and Tottenham Court Road.

While it may not be a police station in real life, CAA House is home to various government offices and other company headquarters. Collateral’s police station interiors were shot at a more unusual location – a former art college – but it’s actually found just across the road.

The Lethaby Building used to be part of Central Saint Martins College of Art and Design stands on the opposite side of Kingsway. Its Art Deco levels have appeared onscreen a number of times, often playing offices and even police station offices, but Collateral’s office scenes were filmed in the adjoining 1970s tower block.

Glaspie’s investigation takes her to a women’s Immigration Detention Centre to interview the two women who were found living in the lock-up. Collateral’s detention centre scenes were filmed at the former Ashwell Prison in Rutland, England’s smallest county. It lies in the heart of the midlands between Lincolnshire, Lancashire and Northamptonshire, setting it just an hour away from real IRC Morton Hall to the north and the same distance from Yarl’s Wood Immigration Removal Centre to the south.

HMP Ashwell was converted into a business park after the last inmates left in 2011, but some of its original cells remain – and they make a prime location for film crews. BBC crime drama Happy Valley, starring Sarah Lancashire, used the prison a number of times in the series’ run.

Sandrine is seen walking around army barracks in several scenes. In reality, the quad and its rooms belong to Wellington College in Berkshire, a prestigious Rugby Group school whose alumni include author Sebastian Faulks and presenter Peter Snow.

But there is also a strong military connection, with many former pupils taking on senior posts in the army. In fact, the college’s heritage is closely tied to the armed forces. It was founded as a memorial to the Duke of Wellington with the aim of educating the sons of serving officers and providing for ‘Foundationers’, whose officer fathers were deceased.

The church used in Jane’s scenes is St James Church in London’s Clerkenwell, and she is seen walking along Clerkenwell Close when she leaves in the first episode. The partially gentrified area in the historical heart of London is home to people from all walks of life, which makes it a convincing fit for Collateral’s vision of the city.

By chance, Nicola Walker, who plays Jane, has a connection to the area: "I was born in East London and the church I filmed most of my scenes in was in Clerkenwell and my vicarage in Camberwell.”

Waterloo Station features in Collateral on several occasions, fitting the show’s emphasis on South London. The station lies between the South Bank’s bustling hub of entertainments and sprawling housing estates.

The as-yet-unidentified murderer is seen crossing the footbridge outside the station before entering, not long after the murder occurs in the first episode. It appears again when Laurie waits for a train but doesn’t board it.